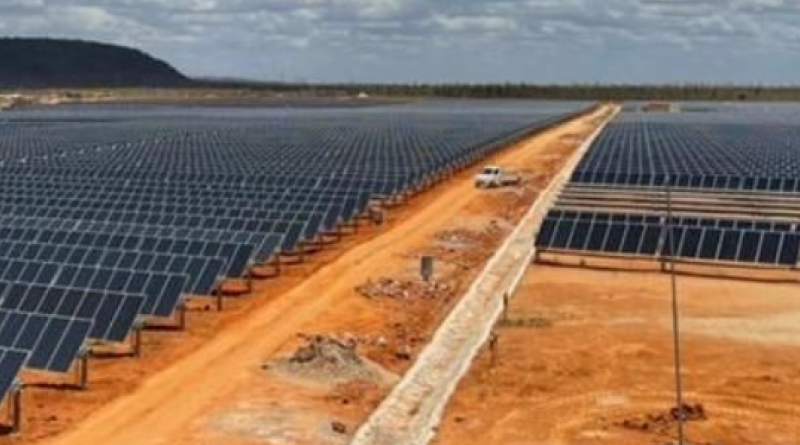 Last month I wrote an article about solar tracker systems. This article is a supplement to that article.

One of the manufacturers that was featured in my previous tracker article as a global leader in tracker systems, and also in some of the pictures featured in that article, is Nextracker.

Due to a fortunate set of circumstances, I became aware that there is a utility scale project in my area nearing completion that uses Nextracker systems, and that I happened to be taking a family vacation in the area near that site.

I was lucky to connect with the Nextracker team and they very generously accommodated a site visit. I was able to learn a great deal more about Nextracker equipment, and why they have been the number-one global market-share solar tracker company for six years and counting, according to global research firm Woodmackenzie Power & Renewables and IHS Markit.

I was very impressed to see the equipment and design—it was much simpler and more efficient than I previously thought. Also impressive is how Nextracker works with EPC’s on the ground to ensure the installation is done well and the equipment will perform as it should.

This site is in Eastern Kenya and is referred to as the Malindi Solar Project. Its capacity is 52MWdc, and 40MWac. It is set to be completed and switched on in the next few weeks.

Piers of “piles” as they are also called, are inserted into the ground, with about 3m below the ground and an above ground clearance of around 1m. 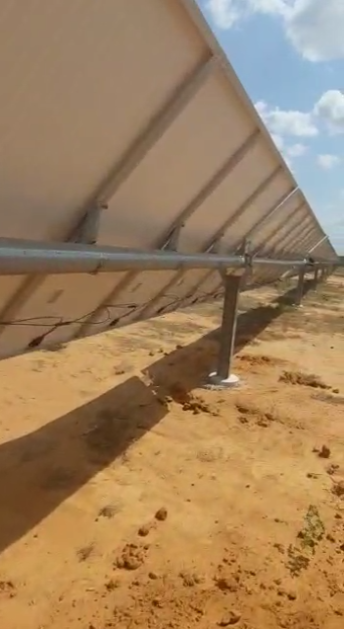 The mechanism shown here is at the ends of each row. It is called a slew drive and enables the movement of an entire tracker row. 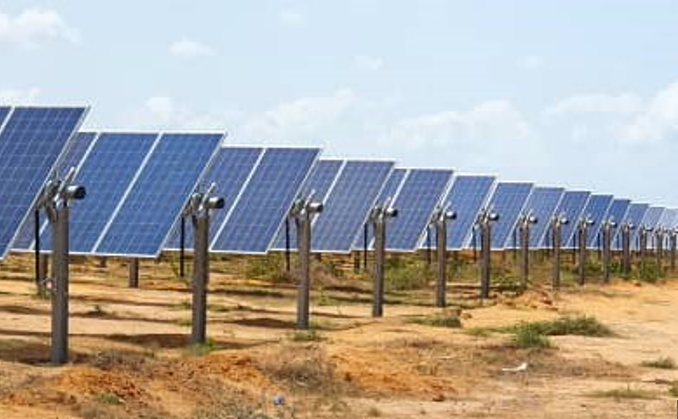 Tracker rows are moved by a single motor. The motor that moves the row of panels is self-powered through this patented smart solar panel shown below right. 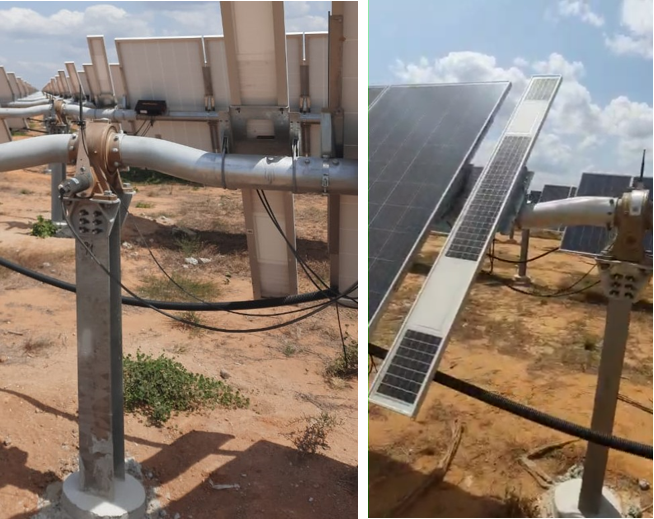 The motor is controlled by an intelligent control system, that receives instructions wirelessly via an antenna placed near the motor on the row of panels. 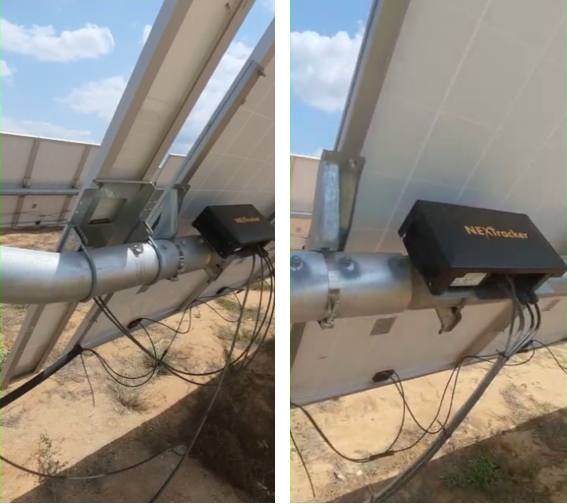 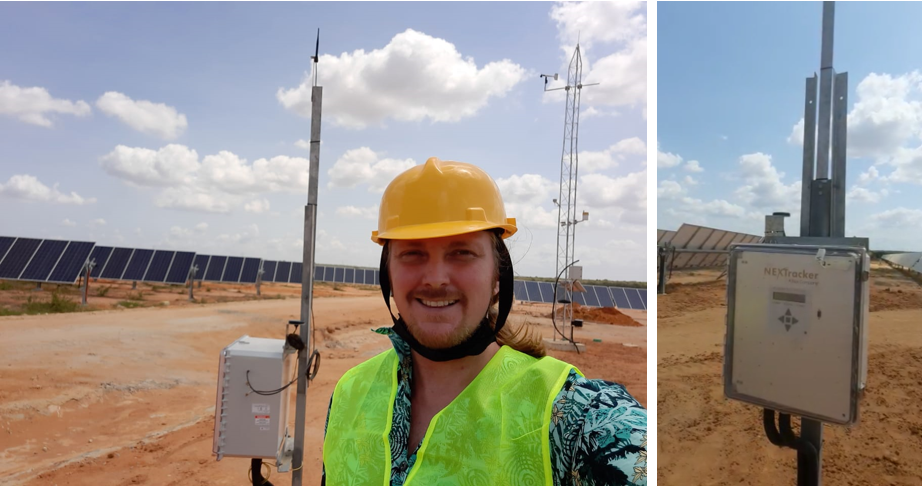 This particular site is approximately 400 acres in size, so the tracking system takes into account the angle of the panels through an algorithm within this large area so that the panels in remote locations of the site can move independently to track the sun better rather than move together and lose some precision. Each tracker row is independent of each other, also known as a decentralized system.

And finally, Nextracker has installed wind sensors around the site for many reasons. If the wind speed detected at these sensors exceeds approximately 120 mph, immediately the panels are sent into the nearest safety position to protect the panels and the mounting structure. In this site the dangerous wind comes mostly from the north to the south, and the safety position has been identified as -50 or +50 degrees, or +/- 60 degrees depending on the Nextracker model. When a dangerous wind speed is detected, all the panels will simultaneously move into the nearest safety position.

This is shows a commitment to helping their partners realize the lower LCOE and advanced performance metrics for greater success of these solar installations.

It is clear that Nextracker takes their leadership position in the industry very seriously. Nextracker leads the industry in patented features and capabilities increase plant performance and reduce costs.

Their innovations are data driven, and they continue to invest in R&D to support the global solar industry with advanced analytics on the benefits of trackers and ways to improve efficiency for monofacial, and bifacial technology installations.

Nextracker is the global leader in solar tracking solutions. Most recently they have been awarded to supply to 30MW of projects in Malawi, 766MW of solar in South America, and 1.7GW of solar across California and Texas, and this is only a small selection of their global portfolio, past and present. Nextracker has over 50 GW of smart tracker equipment systems either in operation or under fulfillment.

This is an extremely impressive feat, but well deserved. My personal opinion is that Nextracker is a professional, reliable and innovative company that is helping to advance the uptake of solar energy across the globe.

I would like to extend my great thanks to Said Aiboud who was the on site engineer and who gave me wonderful insight into the Nextracker products. Also to Sanjeev Vangapally, Vinay Kulkarni, and Rajeev Kashyap who helped make this visit possible through the Nextracker office in India.

And finally to Nextracker CEO Dan Shugar, and Kristan Kirsh the VP of Global Marketing at Nextracker for being accessible and gracious.

‘We couldn’t fail them’: how Pakistan’s floods spurred fight at Cop for loss and damage fund

Time is running out. We must call out the vested interests propelling the climate crisis