‘The only uncertainty is how long we’ll last’: a worst case scenario for the climate in 2050. 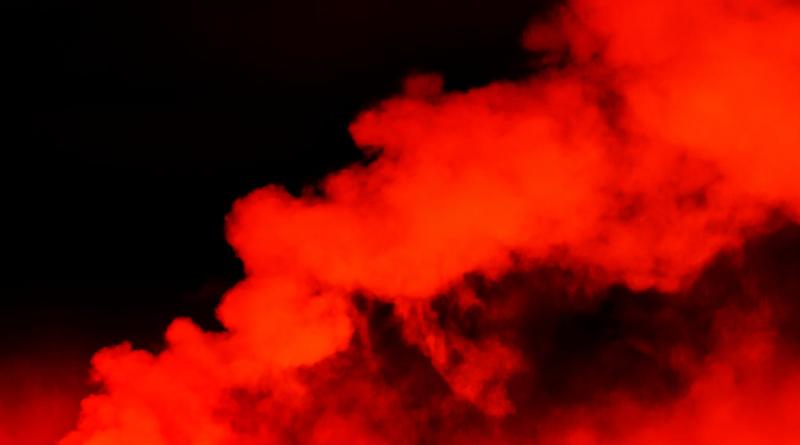 The Future We Choose, a new book by the architects of the Paris climate accords, offers two contrasting visions for how the world might look in thirty years (read the best case scenario here)

• Christiana Figueres, author: ‘This is the decade and we are the generation’

It is 2050. Beyond the emissions reductions registered in 2015, no further efforts were made to control emissions. We are heading for a world that will be more than 3C warmer by 2100

The first thing that hits you is the air. In many places around the world, the air is hot, heavy and, depending on the day, clogged with particulate pollution. Your eyes often water. Your cough never seems to disappear. You think about some countries in Asia, where, out of consideration, sick people used to wear white masks to protect others from airborne infection. Now you often wear a mask to protect yourself from air pollution. You can no longer simply walk out your front door and breathe fresh air: there might not be any. Instead, before opening doors or windows in the morning, you check your phone to see what the air quality will be.

Fewer people work outdoors and even indoors the air can taste slightly acidic, sometimes making you feel nauseated. The last coal furnaces closed 10 years ago, but that hasn’t made much difference in air quality around the world because you are still breathing dangerous exhaust fumes from millions of cars and buses everywhere. Our world is getting hotter. Over the next two decades, projections tell us that temperatures in some areas of the globe will rise even higher, an irreversible development now utterly beyond our control. Oceans, forests, plants, trees and soil had for many years absorbed half the carbon dioxide we spewed out. Now there are few forests left, most of them either logged or consumed by wildfire, and the permafrost is belching greenhouse gases into an already overburdened atmosphere. The increasing heat of the Earth is suffocating us and in five to 10 years, vast swaths of the planet will be increasingly inhospitable to humans. We don’t know how hospitable the arid regions of Australia, South Africa and the western United States will be by 2100. No one knows what the future holds for their children and grandchildren: tipping point after tipping point is being reached, casting doubt on the form of future civilisation. Some say that humans will be cast to the winds again, gathering in small tribes, hunkered down and living on whatever patch of land might sustain them.

More moisture in the air and higher sea surface temperatures have caused a surge in extreme hurricanes and tropical storms. Recently, coastal cities in Bangladesh, Mexico, the United States and elsewhere have suffered brutal infrastructure destruction and extreme flooding, killing many thousands and displacing millions. This happens with increasing frequency now. Every day, because of rising water levels, some part of the world must evacuate to higher ground. Every day, the news shows images of mothers with babies strapped to their backs, wading through floodwaters and homes ripped apart by vicious currents that resemble mountain rivers. News stories tell of people living in houses with water up to their ankles because they have nowhere else to go, their children coughing and wheezing because of the mould growing in their beds, insurance companies declaring bankruptcy, leaving survivors without resources to rebuild their lives. Contaminated water supplies, sea salt intrusions and agricultural runoff are the order of the day. Because multiple disasters are often happening simultaneously, it can take weeks or even months for basic food and water relief to reach areas pummelled by extreme floods. Diseases such as malaria, dengue, cholera, respiratory illnesses and malnutrition are rampant.

You try not to think about the 2 billion people who live in the hottest parts of the world, where, for upwards of 45 days per year, temperatures skyrocket to 60C (140F), a point at which the human body cannot be outside for longer than about six hours because it loses the ability to cool itself down. Places such as central India are becoming increasingly challenging to inhabit. Mass migrations to less hot rural areas are beset by a host of refugee problems, civil unrest and bloodshed over diminished water availability.

Food production swings wildly from month to month, season to season, depending on where you live. More people are starving than ever before. Climate zones have shifted, so some new areas have become available for agriculture (Alaska, the Arctic), while others have dried up (Mexico, California). Still others are unstable because of the extreme heat, never mind flooding, wildfire and tornadoes. This makes the food supply in general highly unpredictable. Global trade has slowed as countries seek to hold on to their own resources.

Countries with enough food are resolute about holding on to it. As a result, food riots, coups and civil wars are throwing the world’s most vulnerable from the frying pan into the fire. As developed countries seek to seal their borders from mass migration, they too feel the consequences. Most countries’ armies are now just highly militarised border patrols. Some countries are letting people in, but only under conditions approaching indentured servitude.

Those living within stable countries may be physically safe, yes, but the psychological toll is mounting. With each new tipping point passed, they feel hope slipping away. There is no chance of stopping the runaway warming of our planet and no doubt we are slowly but surely heading towards some kind of collapse. And not just because it’s too hot. Melting permafrost is also releasing ancient microbes that today’s humans have never been exposed to and, as a result, have no resistance to. Diseases spread by mosquitoes and ticks are rampant as these species flourish in the changed climate, spreading to previously safe parts of the planet, increasingly overwhelming us. Worse still, the public health crisis of antibiotic resistance has only intensified as the population has grown denser in inhabitable areas and temperatures continue to rise.

The demise of the human species is being discussed more and more. For many, the only uncertainty is how long we’ll last, how many more generations will see the light of day. Suicides are the most obvious manifestation of the prevailing despair, but there are other indications: a sense of bottomless loss, unbearable guilt and fierce resentment at previous generations who didn’t do what was necessary to ward off this unstoppable calamity.

More than 11,000 scientists from around the world have declared a "climate emergency".