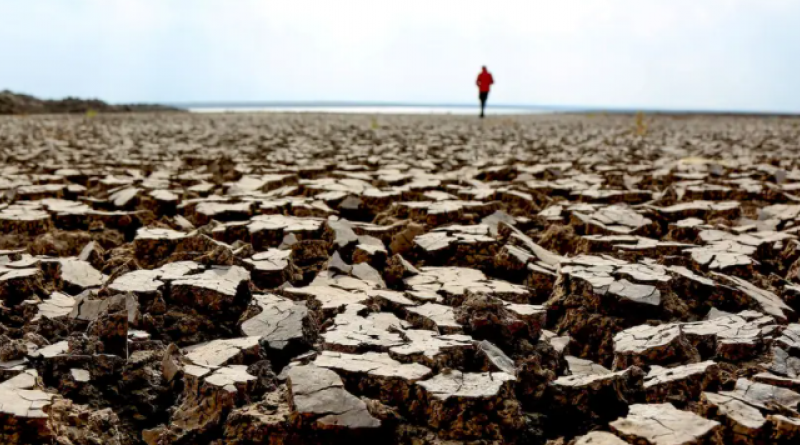 It’s time to repurpose the World Bank to tackle the most important global challenge of our time, writes

Promising carbon emissions cuts is easy, but actually getting to net zero will be immensely hard – in every country. Wealthy and developing countries alike have struggled to create the political and social consensus to accept major changes to how we live, or to pay for a low-carbon future in higher taxes.

However, developing countries face an additional hurdle, which is mobilizing the money to pay for a green transformation. Their climate financing needs are substantial. The United Nations Conference on Trade and Development (UNCTAD) estimates a financing gap of $2.5 trillion per year in developing countries.

It would be delusional to assume that low and middle-income countries can raise that sort of money in domestic taxes, or that all but a handful of them will be able to access it on affordable terms from international financial markets. It simply will not happen.

The International Energy Agency estimates developing country energy use will triple by 2050, with coal serving as a major fuel source. And that doesn’t account for another 770 million people, mostly in Africa, waiting to get connected to the grid. Whether or not developing countries are able to afford green energy and infrastructure projects will largely determine whether the world can achieve our emissions goals.

High-income countries will need to help developing nations fund the transition to a green economy. For a start, they need to deliver on the commitment to provide $100bn a year in climate finance. But the financing needs for green investment in developing countries are many times larger.

Fortunately, there is already a system in place to leverage official money for infrastructure spending and other economic projects in cost-effective ways – through the World Bank and other development banks.

The World Bank, created in the aftermath of the Second World War to help rebuild Europe and then to support newly independent developing countries in their quest for prosperity, is the largest and best-known of these banks. But there are more than 500 public development banks operating nationally, regionally, or across the globe, responsible for 10 per cent of all global investment.

Most receive capital from their shareholders – often large, wealthy countries – and leverage that capital to make cheap, long term loans to support infrastructure and social services in developing countries. With this model, every dollar supports at least five times as much in loans (or even more, if shareholders can convince these banks to reform excessively conservative lending policies). And those loans can be designed to leverage substantial amounts of financing from private asset managers increasingly in search of green investments.

The World Bank and many of the other development banks have increased their lending for climate projects and promised to do even more. But we are past the point of incremental changes and lending targets. The World Bank needs to be repurposed entirely to focus on climate and other global risks like pandemics as its core business, especially in developing countries.

Instead of supporting the climate crisis alongside a plethora of other activities, and only in the client countries that ask for it, the climate crisis should be a central part of every loan or offer of technical assistance the World Bank makes.

Alongside the World Bank, dozens of regional and national development banks which have already mobilized $1 trillion in climate financing over 2015-20, could do a lot more if their shareholders made this their central purpose. And if all these banks join hands to create projects rather than competing for a scarce project pipeline, they could collectively make a green transformation for developing countries a realistic goal.

Repurposing the World Bank – or any of the development banks – cannot happen from within. Their shareholding countries will need to mandate change. The United States must lead on this effort, particularly at the World Bank, where it traditionally has the most influence. But the United States can only do this by building a consensus with other large shareholders, especially China, as hard as that might be right now.

Preventing a climate catastrophe is one of the few areas where the two countries share a common objective and should be able to cooperate. And, finally, wealthy countries will need to match that new mandate with new capital, to let the development banks expand their climate lending.

Our window of opportunity to avoid a climate disaster is rapidly closing. We can’t reach net zero emissions without developing countries, and developing countries can’t reach zero without financing and support. The World Bank and the other development banks are a tested and effective tool for providing that financing. It’s time to repurpose them to tackle the most important global challenge of our time.

Masood Ahmed is the president of the Center for Global Development

‘We are not on course’: scientists warn action must match words at Cop26