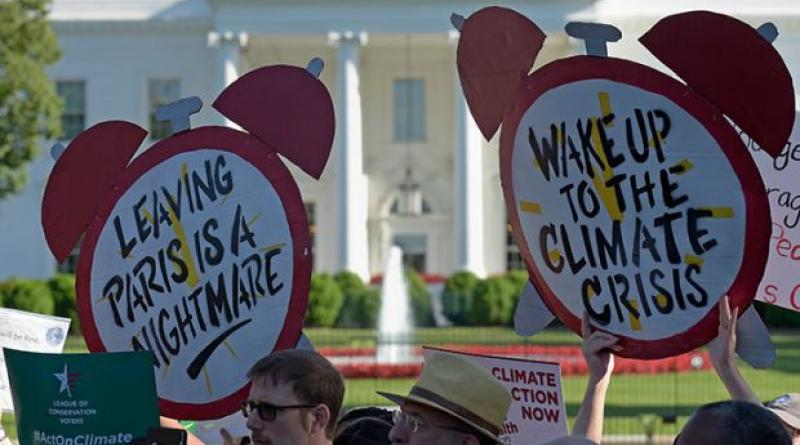 WASHINGTON, DC, 4 November – The United States government’s move today to begin its formal withdrawal from the Paris Agreement is disappointing, but the 2015 international deal will survive, IETA says.

The US government today announced that it had notified the UN of its intent to withdraw from the Paris Agreement. Under the terms of Article 28 of the agreement, today – the third anniversary of its entry into force – is the earliest that such a notification could be issued and will take effect in one year. This follows US President Donald Trump’s statement in June 2017 that the country would withdraw from the deal as soon as practically possible.

“Today’s announcement that the US has begun the formal process of quitting the Paris Agreement is disappointing, while not unexpected,” says IETA President and CEO Dirk Forrister. “IETA remains confident that other nations will uphold their pledges, and we are encouraged by last week’s ministerial statement from the BASIC grouping1 reaffirming their commitment to the Paris Agreement.”

He adds: “There is a wealth of action happening in states and cities across the US to shift to a low-carbon economy, and we continue to see voluntary commitments and innovation from the private sector – all recognising that the climate change challenge is the fight of our lifetimes. IETA will continue to engage with all of these actors and help them leverage their innovations and can-do attitude to transform the world into the future we all want.”

1 Full statement sourced via the Government of India Press Information Bureau on 5 November 2019.

Paris climate accords: US notifies UN of intention to withdraw

Which countries have not ratified the Paris climate agreement?

IETA Statement on U.S. Department of Justice Civil Suit against State of California.