Plastic bag charge to rise to 10p in England from 21 May. 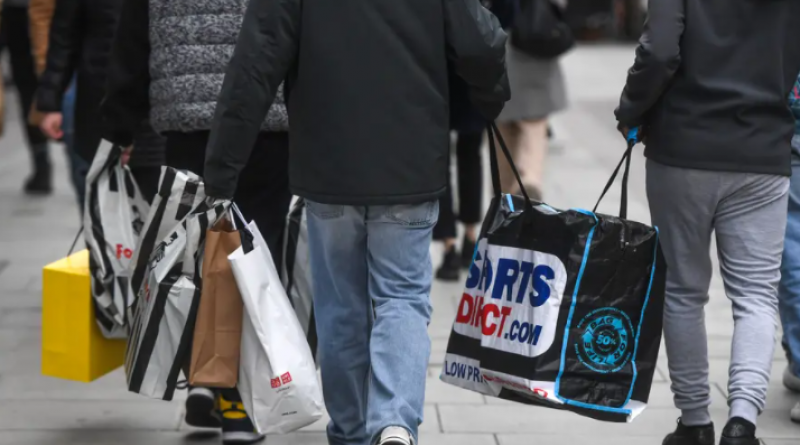 The charge will be extended to all businesses, previously it only applied to those with 250 employees or more.

The single-use carrier bag charge will increase from 5p to 10p and extend to all businesses in England from 21 May, the government has confirmed.

Under the extension, all stores, including corner shops, will have to apply the charge. Previously only businesses with 250 employees or more had to charge per bag and smaller shops could chose to do so voluntarily.

The 5p levy on plastic bags was introduced in England in 2015, with the most recent figures showing that the number of single-use bags distributed by large supermarkets has fallen more than 95 per cent.

The average person in England now buys just four single-use bags a year, compared to around 140 in 2014.

A survey in December for waste and resources body Wrap found 73 per cent of consumers supported the levy.

However, the same poll found that 26 per cent of consumers still buy single-use bags at the till when shopping for food.

By extending the charge to all retailers, it is expected that the use of single-use carrier bags will decrease by 70 per cent to 80 per cent in small and medium-sized businesses, the Department for Environment, Food and Rural Affairs (Defra) said.

The Environment Minister, Rebecca Pow, said: “The introduction of the 5p charge has been a phenomenal success, driving down sales of harmful plastic bags in supermarkets by a remarkable 95 per cent.

“We know we must go further to protect our natural environment and oceans, which is why we are now extending this charge to all businesses.

“Over the next couple of weeks I urge all retailers of all sizes to make sure they are ready for the changes, as we work together to build back greener and strengthen our world-leading action to combat the scourge of plastic waste.”

Association of Convenience Stores chief executive, James Lowman, said: “We strongly welcome the inclusion of local shops and other small businesses into the successful plastic bag charging scheme, which not only helps the environment, but is also a great way for retailers to raise money for local and national charities.”

Paula Chin, sustainable materials specialist at WWF, said: “Plastic pollution is one of the most visible symptoms of the environmental crisis, damaging natural habitats and putting precious wildlife at risk.

“Measures to reduce plastics consumption need to go much further. The UK government must consider a complete ban on single-use bags and make sure this is not undermined by the sale of ‘bags for life’, which are currently cheaply available and all too often end up as single-use items.”

Sam Chetan-Welsh, from Greenpeace, said: “The government is still tinkering at the edges of the plastic pollution crisis. Real action on bags would include phasing out the billion-and-a-half heavy-duty ‘bags for life’ used in the UK each year.

“While the government avoids legislation to reduce single-use plastic and delays acting on promises, like delivering a bottle return scheme, their claims to be a world-leader on tackling plastic pollution ring hollow.”

John Lewis said it was trialling the removal of single-use bags from its Cheltenham, Kingston and Leeds stores from 21 May.

Customers will be asked to bring their own bags or buy a reusable bag made from 100 per cent recyclable material costing 50p for a medium size and 75p for a large size.

Marija Rompani, director of ethics and sustainability for the John Lewis Partnership, said: “It has become the norm to take our own bags when we go food shopping but we have a different mindset when shopping for clothes, beauty and home products.

“We expect our customers will be supportive of this change and will be listening to their feedback.”

Icaro surveyed 2,010 adults in England for Wrap in December.

Price of single-use plastic bags in England to double to 10p.