Pollution from Europe’s coal plants responsible for ‘up to 34,000 deaths each year’ 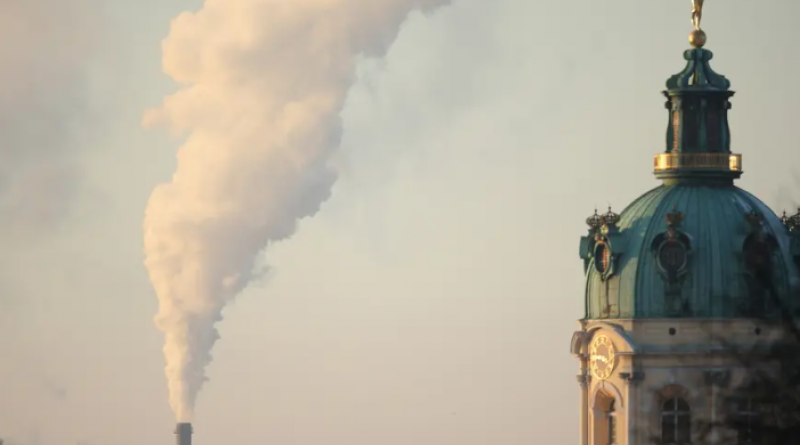 Exclusive: Research ‘adds to growing evidence about the co-benefits of responding to climate change and air pollution together’, a scientist tells The Independent.

Air pollution from Europe’s coal plants could be responsible for up to 34,000 deaths across the continent each year, a new study suggests.

Coal-fired power is the single-largest driver of global temperature rise and phasing it out of the world’s electricity supply as soon as possible will be key to meeting the world’s climate goals, scientists say.

The burning of coal for power also causes the release of pollutants that can be seriously harmful to human health, including fine particulate matter (PM2.5) – tiny particles less than 2.5 micrometres in diameter that can penetrate deep into the lungs when inhaled.

This PM2.5 pollution has been linked to a wide range of health conditions, including respiratory illnesses, strokes and heart attacks.

The new research finds that PM2.5 pollution from Europe’s coal plants causes at least 16,800 excess deaths from cardiovascular and respiratory diseases each year. However, the real level of pollution from coal plants could be higher than official tolls, so this figure could be as high as 33,900, the study says.

Dr Jolinda Kushta, study lead author and a research scientist at the Climate and Atmosphere Research Centre at The Cyprus Institute, told The Independent: “We indicate that there is likely an underestimation of coal power plant source strengths in the official emissions inventory.”

The study, published in Environmental Research Letters, uses data from the European Pollutant Release and Transfer Register, which stores information on the pollution emitted by coal plants in the EU and nearby countries, including the UK, Norway and Switzerland.

The findings suggest that, across Europe, PM2.5 pollution from coal power plants causes at least 16,800 excess deaths from cardiovascular and respiratory diseases each year, with a possible range of 14,800 to 18,700.

However, when underestimates in official coal power pollution data are taken into consideration, this figure rises to 33,900 – with a possible range of 33,000 to 37,600.

The scientists also studied the impact of coal power air pollution on different countries in Europe.

The findings show that the number of excess deaths from coal power pollution are high in the European countries with the greatest number of existing coal power plants, including Poland and Germany.

Even the UK – a country that has witnessed a dramatic decline in coal-fired power use over the last few decades – sees a relatively high level of excess deaths as a result of coal power pollution on a annual basis, according to the findings.

The study estimates that coal plant pollution causes at least 1,270 to 1,670 excess deaths from cardiovascular and respiratory disease each year in the UK.

One major reason for deaths occurring even in countries which are phasing out coal power is that, once formed, PM2.5 particles are able to travel hundreds of kilometres across national borders – meaning the health of people living in countries located nearby to major emitters can be affected.

In addition to exploring the current health burden caused by coal-fired power in Europe, the researchers also investigated the possible health benefits that could be provided if it were to be phased out.

The findings suggest that a total phase out of coal power plants in Europe could save between 18,400 and 105,900 lives per year – depending on what actions are taken to address other sources of PM2.5 pollution at the same time.

“The phase-out of coal power plant emissions would make a major contribution to the improvement of public health, especially when applied simultaneously to emission reductions in other sectors,” said Dr Kushta.

Prof Francis Pope, chair of atmospheric science at the University of Birmingham, who was not involved in the research, said the new findings were “highly significant”.

“The paper adds to the growing evidence about the co-benefits of responding to climate change and air pollution together,” he told The Independent.

“To meet our climate change commitments, we need to be closing coal power stations and replacing them with cleaner energy sources. This paper shows that the short-term benefit to human health through improvements to air quality will make profound differences to tens of thousands of people throughout Europe.”