Power of the PPA: the risks and rewards of buying energy at source. 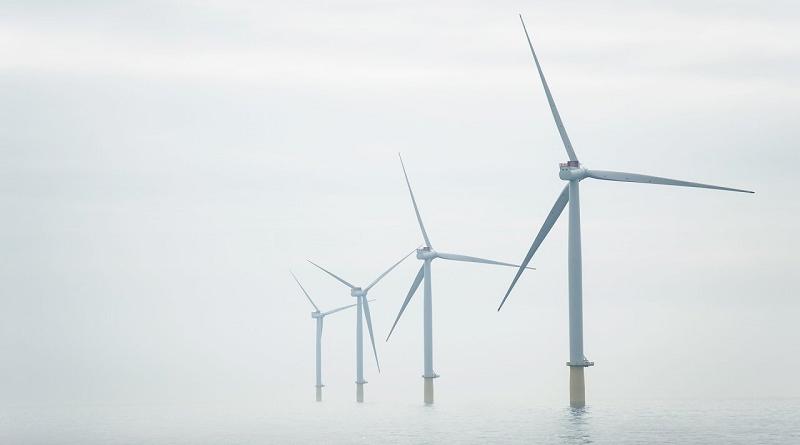 As the world shifts to a clean energy mix, the landscape of power purchase agreements could change. Private companies are now looking to buy power directly from producers, cutting out utility companies and encouraging renewable power, despite the financial risks attached.

Some of the more unexpected consequences of the world’s shift to a clean energy mix are changes in power purchasing behaviour. While power purchase agreements (PPAs), long-term contracts between energy providers and users for large volumes of power, have been commonplace in the utilities sector, private companies are becoming increasingly involved in sourcing their power directly from producers.

This model has clear economic and environmental potential. Between 2010 and 2016, Google alone bought 2.6GW of renewable power through corporate PPAs, leading the way in a market that saw 60% year-on-year growth over this period. Additionally, 20 UK universities signed a £50m deal earlier this year to source their power from The Energy Consortium, operators of onshore wind farms. By cutting out traditional fossil fuel power sources, the energy sector could streamline its operations and reduce its reliance on some of the more harmful sources of power.

However, no innovation exists without risk, and this is especially true in an industry as deeply entrenched as energy. Issues such as the variable nature of renewable power sources and the lack of a precedent for long-term agreements mean companies and analysts are hesitant to recognise the corporate PPA as the answer to the world’s energy problems.

Corporate PPAs are conceptually straightforward: a power producer, such as the owner of a wind farm, agrees to sell the power they generate to a client, such as a company that doesn’t want to rely on a traditional power grid for its energy. These deals can involve the physical transfer of power from producer to client – as is the case with direct PPAs – or can involve a parallel agreement with a utility company to move money and power between all three players to enable clients physically distant from producers to benefit from the latter’s production, schemes known as synthetic PPAs.

In both cases, the PPA has significant green potential. These agreements introduce power from renewable sources into an existing energy infrastructure, either to companies directly or via utility companies, providing a stable source of income for new renewable projects that can offset capex costs, and encouraging future renewable projects to develop within a financially stable framework. The growth of new energy sources also makes it easier for large-scale corporations to improve their environmental credentials, as they can reduce their reliance on fossil fuel-fired utility firms by working with renewable producers, which also removes the need for companies to build their own costly solar and wind farms.

Encouragingly, corporate PPAs are becoming increasingly widespread. In May 2018, the UK saw the first unsubsidised corporate PPA signed, bringing 8.2MW of additional power to the Withernick II wind farm in Yorkshire, providing power to an undisclosed firm who helped fund the expansion in return. The Westcott Venture Park in Buckinghamshire also plans to expand its solar capacity by almost ten times, thanks to PPA funding.

The practice is also growing in the US, where 138 corporate PPAs were finalised by the end of 2018. With 24 and 15 of these deals, and 14.1% and 13.7% of total PPA energy production respectively, Facebook and Google have led the way, helping to establish a precedent for large companies investing in these green energy deals.

However, the inherent variability of renewables presents a challenge for producers and consumers of power, with uncertainty added to deals involving significant sums of money, and over long periods of time.

“One of the challenges [is] how do you then find a deal that will support a financing [arrangement],” said Trevor d’Olier-Lees, a senior director at financial services group S&P, highlighting the additional unique risks posed by corporate PPAs.

“The shorter tenor means that at some point that may be recontracting risk,” he continued. “So [a] traditional utility PPA might be for 25 years, that’s a typical term. When you put the debt against that, then you can actually amortize the debt over a 25 year period, which makes maybe the economics of the equity more interesting, because they can spread the debt over a longer period.

“With the PPAs that might only be 15 years or shorter – the corporate PPAs – they probably would still want to have 25 year debt, but that debt is exposed to that reconstruction risk. So that’s a risk.”

He also discussed the complexities involved with PPAs spread over larger distances, such as synthetic PPAs. While the model has seen more widespread adoption in physically smaller countries, such as the UK, opening up these agreements to a country as large and diverse as the US presents a new set of what d’Olier-Lees called “basis risk”, where power is produced, supplied and consumed in different markets, with different energy prices and economic environments.

There is also a paradoxical element to this issue, where risk begets more risk. “If a renewable project has greater risk its own creditworthiness will be lowered,” said d’Olier-Lees. “So, either it will not get financed or it will get financed, but maybe at a lower rating or it will have to put in more equity, so not as much debt. So the return for the developer of the renewable project will have to put in more mitigants as well.”

This cycle of introducing mitigants to overcome initial risk, which then lower the overall value of the deal and introduce yet more risks which themselves must then be mitigated, creates an environment where new energy companies and smaller providers may struggle to establish themselves as reliable sources of power.

Despite these risks, d’Olier-Lees noted a number of causes for optimism with regards to corporate PPAs, pointing to a 7% increase in the number of deals made as evidence that companies are willing to engage with the risks.

“The growth has been very strong,” he said. “The willingness is for sure there. I think given the strong demand from corporate corporations to buy renewable power, it will continue to grow. And there’s always innovation around mitigation.”

One example of this is the phenomenon of aggregation, where smaller companies and local governments are entering joint agreements to purchase power, as they lack the financial resources to strike these kinds of deals individually. The Community Choice Aggregation scheme in the US enables local authorities in seven states, including California, to purchase power on behalf of local people, who wouldn’t be able to afford it otherwise. In 2016, these groups sold around 8.7 billion kWh of power to around 3.3 million customers, opening up whole swathes of state populations to green power sources, helping to both cut down the states’ environmental footprints, and the growth of PPAs.

This growth will also lead to another significant milestone, the establishment of a precedent for these sorts of deals, which will create a framework within which other companies, large and small, and new renewable power generators, can negotiate fair deals for power. Luisina Berberian, an associate director at S&P, said that there was significant desire for more green-powered energy, but that this lack of precedent was holding back its large-scale adoption.

“I think in several countries it’s evolving fairly quickly as renewable capacity or generation mix is expected to increase, but there isn’t a standardised template or framework for this,” she said. “It’s also quite complex, even further when it’s a corporate PPA rather than a utility PPA.”

The examples of Google and Facebook could help establish this key precedent. Between 2017 and 2018, Google matched its annual electricity consumption with renewable energy, and by May 2019, 75% of Facebook’s power came from renewable sources. While corporate PPAs have yet to realise their lofty potential, the combination of private companies cleaning up their environmental performance, smaller green power providers growing their businesses, and the support of large-scale technology firms could see the deals become increasingly commonplace in the future.