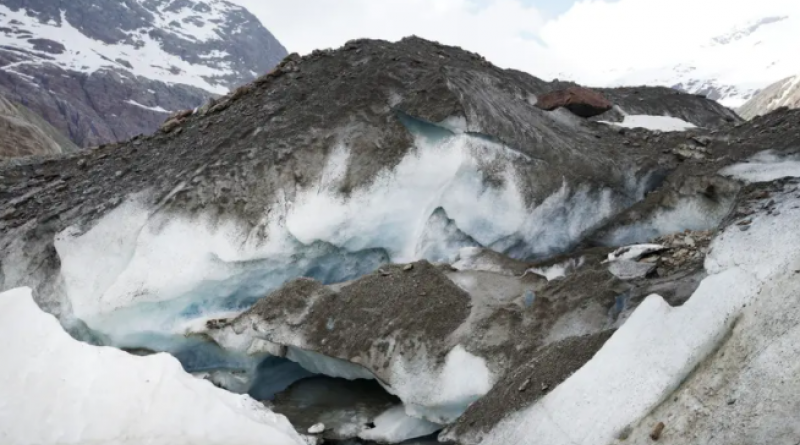 Exclusive: Melt of glaciers in the Himalayas and South America could threaten water supply of hundreds of millions of people, says leading glaciologist Prof Jemma Wadham

The rapid retreat of glaciers is leading the world towards a large-scale “humanitarian crisis”, a scientist has warned.

Around 70 per cent of Earth’s freshwater is stored in glaciers – vast rivers of ice that slowly ooze their way across land.

But rising global temperatures are causing these icy rivers to quickly melt away, said Prof Jemma Wadham, a top glaciologist and director of the Cabot Institute for the Environment at the University of Bristol.

The rapid loss of glacial ice poses a particularly high risk in developing regions where many millions depend on glaciers for drinking water, said Prof Wadham, who has spent more than 20 years studying how glaciers across the world are responding to the climate crisis.

“Working in the Himalayas and the Andes has made me really realise that this is potentially leading to a very large humanitarian crisis across the world,” she told The Independent.

“In the Himalayas, if we manage to keep global warming to 1.5C we might lose about a third of the ice there. If we carry on the unabated greenhouse gas emissions we lose two-thirds of the ice.

“There are 250 million people – a population almost four times the size of the UK – living in this region that rely on rivers fed by glacial melt. In the dry period, the glacial tap turns on and provides the water. But if you turn the tap off, you’ve got a really difficult situation.”

A study published in 2019 found that the rate of glacier retreat in the Himalayas has doubled since the late 20th century.

Prof Wadham recounts her vast experience of studying glaciers and the risks they face in Ice Rivers, a memoir available in the UK from 6 May.

She was motivated to write about the plight of the world’s rapidly melting glaciers after suffering from her own health crisis in 2018.

“I started to get strange symptoms over about 18 months,” she said.

“There was a field trip up high in the Himalayas and I started to get these excruciating headaches and I couldn’t work out why, I thought it was the altitude.

“A year later I was in Patagonia and the headaches by then were explosive. I remember I couldn’t take down my tent because the pain was so much, I was sort of crawling around trying to get the tent pegs out. I ended up passing out on the plane back from Chile just from the pain.”

After returning home, Prof Wadham underwent a head scan which revealed that she had a non-cancerous brain tumour. She had emergency surgery to remove the tumour and wrote Ice Rivers while in recovery.

“As I was recovering I realised that I nearly lost my life and I became quite passionate about communicating some of the amazing discoveries I’ve made over the past 25 years with a wider audience,” she said.

“I think particularly at a time when glaciers are in a health crisis of their own – there’s quite strong parallels between what I’ve been through and what glaciers are going through.”

She added that she first became aware of the huge threat that the climate crisis posed to glaciers while on a field trip to Greenland in 2008.

“Working on Greenland gave me an appreciation of the sheer vastness of an ice sheet – and the enormity of the amount of freshwater that is locked up in an ice sheet,” she said.

“You can see the absolutely phenomenal amount of water that comes off the sheet and goes into the oceans. Seeing it with your own eyes, just the vastness of it, that’s when it really hits home.”

A study published in 2020 found that Greenland’s largest glaciers are currently melting at levels close to what scientists had previously expected under a future worst-case scenario.

“We need to make radical change now and that is going to involve uncomfortable choices for everyone, from an individual to a government,” she said. “It’s not a wait-and-see situation anymore.”