The Real Reason The Middle East Is Pivoting Towards Renewables. 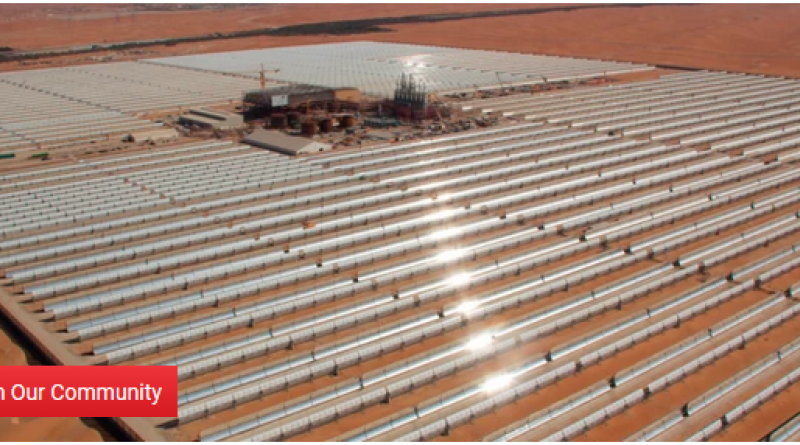 The oil-rich Middle East is boosting investments in renewable energy generation at home and abroad.

Just a few years ago, this notion would have raised a few eyebrows. But these days, Persian Gulf companies’ increased investments in solar and wind power in the region and around the world make perfect sense in a world that begins its long energy transition journey and a Middle East suffering from low oil prices.

The largest power firms in some of OPEC’s leading producers expand their international footprint, aiming to capture part of the booming global renewable generation market. At home, power companies invest in boosting electricity generation from clean sources in the Middle East, freeing additional barrels of crude oil—which is burnt for electricity in OPEC’s top producer Saudi Arabia, for example—for exports and for additional government revenues.

Two of the largest and most influential OPEC members, Saudi Arabia and the United Arab Emirates (UAE), already have long-term national renewable plans to cut reliance on crude for electricity generation. The biggest power companies in the two countries are also increasingly looking abroad to expand their renewable power operations in the most promising alternative energy markets.

The UAE has an energy strategy through 2050, which calls for generating 44 percent of its electricity from clean energy, 38 percent from natural gas, 12 percent from clean coal, and 6 percent from nuclear power. The strategy aims to boost the share of clean energy in the energy mix from 25 percent to 50 percent by 2050, reduce carbon footprint of power generation by 70 percent, and save the country US$190.6 billion (700 billion UAE dirhams) by 2050.

The UAE is diversifying its economy away from oil and is also betting big on technology and renewables, boosting investments in solar power generation outside the emirates.

Abu Dhabi’s renewable energy company Masdar currently has some three dozen projects and ventures around the world, including two wind farms in New Mexico and Texas, and a 25-percent stake in the Hywind wind farm offshore Scotland, the world’s first floating offshore wind farm. Masdar has just signed an agreement with EDF Group to form a joint venture company to explore and collaborate in solar power generation and energy efficiency projects.

“When Masdar was launched in 2006, renewables was a nascent industry and sustainability was nowhere near the top of the agenda. This has changed. Thankfully, the world is now taking climate change mitigation more seriously, and renewables is now part of the mainstream with an undeniable place in the energy mix offering cost competitive solutions when compared with conventional sources.”

Masdar expects the renewable energy markets in the U.S., the Persian Gulf region, and the UK to be key regions for the group in the coming years, Masdar’s chief executive Mohamed al-Ramahi told S&P Global Platts’ Dania Saadi.

Saudi Arabia’s ACWA Power also aims to significantly boost investments in renewables. This year it will invest US$10 billion in new capacity, of which US$7 billion is earmarked for new renewable energy capacity, chief executive Paddy Padmanathan told Platts.

ACWA Power currently has a total of 31 GW of installed capacity and it aims to significantly boost that capacity to 150 GW by 2030, of which 100 GW is expected to be renewables, Padmanathan told Platts.

ACWA Power aims to grow its renewable business both overseas and in Saudi Arabia, where it will support the Kingdom’s National Renewable Energy Program to diversify electricity generation away from crude oil.

Saudi Arabia will rely on natural gas and renewables for power generation in the future, Energy Minister Prince Abdulaziz bin Salman said this week, and explained the reason—freeing more barrels of oil for exports.

“Generating electric energy by using gas and renewable energy will help save huge quantities of crude oil, which are sold and burned locally at low prices, and thus enabling the Kingdom to export them as a new source of income,” Saudi Gazette quoted the minister as saying at an event on Monday.

By 2030, the countries of the Gulf Cooperation Council (GCC)— Saudi Arabia, the UAE, Kuwait, Qatar, Bahrain, and Oman— could save 354 million barrels of oil equivalent, based on their renewables targets already in place, the International Renewable Energy Agency (IRENA) said in a report last year.

While power generation diversification at home is aimed at boosting crude oil exports, Middle Eastern companies’ foray into international renewable markets could prove a good bet in the energy transition—investment in renewables is expected to reach a cumulative total of US$10 trillion between now and 2040, the International Energy Agency (IEA) said in its World Energy Outlook 2019 in November.  World Energy Outlook 2019

Climate activists consider a badge of honour that the head of OPEC believes their campaign may be the “greatest threat” to the fossil fuel industry.

IEA: Peak Oil Demand Is Less Than A Decade Away.