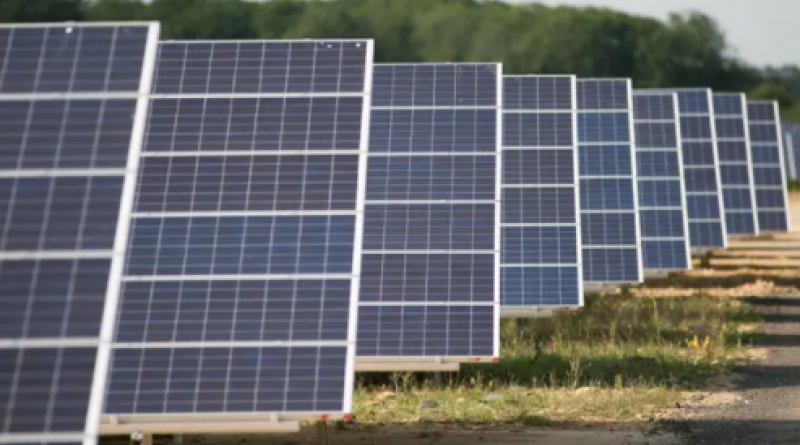 Investigation finds up to 40% of UK solar farms were built using panels from leading Chinese companies.

Solar projects commissioned by the Ministry of Defence, the government’s Coal Authority, United Utilities and some of the UK’s biggest renewable energy developers are using panels made by Chinese solar companies accused of exploiting forced labour camps in Xinjiang province, a Guardian investigation has found.

These firms have been named in a recent report on the internment of more than 1 million men and women from the Muslim Uyghur community, in what UK MPs on Thursday voted to describe as genocide.

Companies with factories or major suppliers in Xinjiang produce about a third of the polysilicon material used to make the world’s solar panels, according to a detailed report by the US consultancy Horizon Advisory. China is the world leader in polysilicon production.

The report found that Chinese solar companies had ties to indicators of forced labour in Xinjiang, where Uyghur are interned, via this polysilicon production.

China’s repression of the Uyghurs is believed to have developed into systematic detention about 2016, with reports of forced labour emerging from the region in the years since. 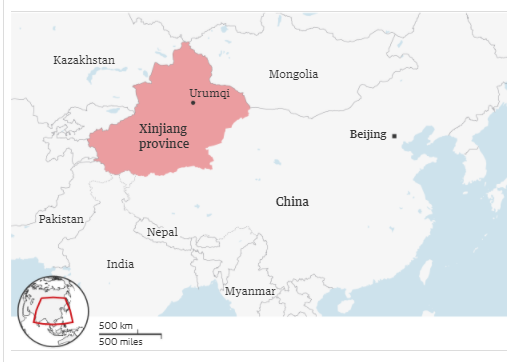 An industry source, speaking on condition of anonymity, told the Guardian that the industry was scrambling to distance itself from the use of forced labour, and that up to four in 10 of the UK’s existing solar farms were built using panels from the companies named in the report.

While many were built before 2016, the Guardian has found a string of more recent deals that raise questions about how carefully UK businesses and government agencies are vetting their supply chains.

Many manufacturers in China’s solar industry operate factories in countries across Asia but may still use the raw polysilicon materials produced in Xinjiang, making it difficult to determine whether a particular production line has been exposed to alleged labour exploitation. China limits access for outside observers and media to Xinjiang.

The UK Ministry of Defence (MoD) this month revealed plans to install the first of 80 solar farms on the army estate at Leconfield, east Yorkshire, using thousands of panels made by Trina Solar as part of a deal with the UK energy firm Centrica.

The MoD did not answer questions about what checks it had made on the companies’ supply chains, or whether panels with potential links to forced labour had been used on other sites. An MoD spokesperson said: “We have robust procedures in place that allow us to vet and routinely monitor all aspects of our supply chain, which is kept under constant review.”

The UK’s Coal Authority, a government agency sponsored by the Department for Business, Energy and Industrial Strategy, has included solar panels made by JA Solar in a third of the solar farms it has built across its estate of former mining sites since 2017.

A government spokesperson said: “We are thoroughly investigating recent allegations of forced labour in solar panel supply chains. In January we announced a comprehensive package of measures to help ensure no UK organisations are complicit in the serious human rights violations being perpetrated against the Uyghurs and other minorities in Xinjiang.”

Some of the UK’s most prolific solar developers have used panels from the Xinjiang-linked companies. The Guardian has found that panels from the Chinese companies were used in projects built since 2016 by the FTSE 100 water company United Utilities, Scottish Water, and large solar developers including Bluefield Solar, Foresight Solar, and Solarcentury, owned by Norway’s Statkraft.

As recently as January, Longi Solar, another panel maker, said it had shipped solar modules to an unnamed project near Rugby, Warwickshire.

There has been a sharp slowdown in solar development in the UK since 2017, when the government cut subsidies. However, executives said the companies were deeply embedded in the UK industry before and after 2016. Foresight Solar Fund, a developer of some of the UK’s largest sites, said in its 2020 annual report that Trina had supplied 13% of its panels, while JA Solar provided 11%.

Chris Hewett, chief executive of Solar Energy UK, a lobby group, said: “This is a matter that UK solar energy industry members are treating with the utmost seriousness.” He said making global supply chains “as transparent and sustainable as possible” brought a “significant degree of complexity”.

Xinjiang’s polysilicon interests are allegedly controlled by the Xinjiang Production and Construction Corps, an economic and paramilitary organisation that is facing US sanctions after accusations that the group has facilitated widespread human rights abuses against Uyghur Muslims.

Horizon, the consultancy, said the polysilicon companies “appear actively to participate in the resettlement” of ethnic Uyghurs, where they “enlist resettled labour at production facilities in Xinjiang” and contribute to the Uyghur “re-education” programmes. The report claims the reliance on Xinjiang effectively “implicates the entire solar supply chain in the human rights atrocities”.

Many of the largest Chinese solar manufacturers are closely linked. Daqo Group, one of the world’s largest polysilicon suppliers, which has significant operations in Xinjiang, provides its high-purity silicon to Jinko Solar and Longi. Longi in turn supplies solar panel components to companies including JA Solar and Trina Solar, according to Horizon.

Centrica, which is responsible for developing the MoD’s solar projects, said: “We condemn the use of forced labour in the strongest possible terms.”

A spokesperson said the company had worked “extensively” with Trina Solar over the past eight years. It had received anti-slavery statements from Trina throughout this time, and had also undertaken “quality assurance visits” to its main manufacturing site in China, the spokesperson added.

United Utilities said all contracts for panels included clauses in relation to modern slavery, and said it would investigate any evidence of mistreatment of workers in its supply chain. Scottish Water said it would examine the Horizon report, and said it asked suppliers to confirm that they conform to expected standards. Foresight and Bluefield pointed to Solar Energy UK’s position on modern slavery.

Solarcentury said tracing the supply chain was a “complex process”, but added: “Going forward, we will award new contracts where suppliers can demonstrate that the polysilicon for our projects has been sourced from a factory that respects human rights and which we can audit.”

Child labour, toxic leaks: the price we could pay for a greener future.

How Forced Labor in Eritrea Is Linked to E.U.-Funded Projects.