The School Strikes generation wants change – and they want it now. 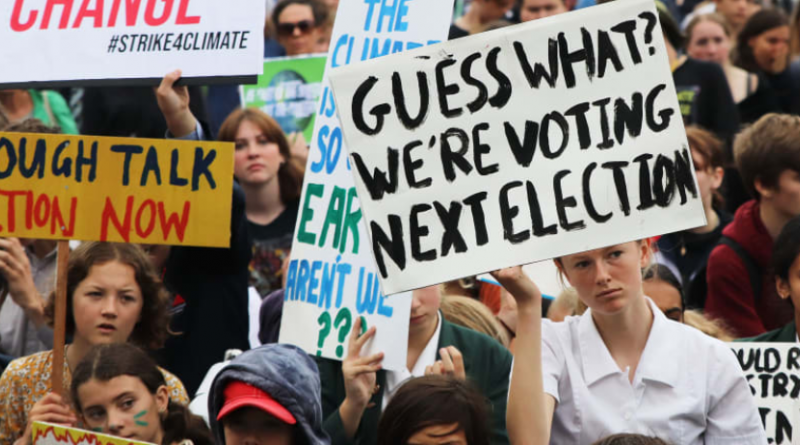 ANALYSIS: The nationwide rallies of students and other New Zealanders are showing the Government there's a mandate for climate action and changing the strikers themselves, Marc Daalder reports

Dante Dawes says the Government has failed him.

The 17-year-old student at Dunedin's Logan Park High School travelled to Wellington in January to deliver a list of demands to the Government for it to take transformative action in its first 100 days.

"Here we are, months later, with no progress," he says.

"Standing on the steps of Parliament, what we heard from a lot of MPs was what they hoped. That they hoped they could announce these changes were happening. That the sight of us filled them with hope.

"Why we're rallying now is because we don't want their hope. We want their action. Hope is not a promise and no matter how many times they tell us how inspiring we are, how great a thing we're doing, all of that means nothing if they don't act on their word."

Dawes is just one of thousands of students and other New Zealanders who ditched school and work on Friday to rally for climate action around the country. Hundreds turned up in Christchurch, more than 1000 in Auckland and around 5000 on Parliament's steps in Wellington.

The marches represented the resumption of mass pressure on the Government to act more ambitiously and quickly on climate change. The movement had ramped up over the course of 2019, ultimately bringing 3.5 percent of the country's population into the streets in September, but the arrival of the Covid-19 pandemic shut down plans for further action in 2020.

Friday's events signalled that the strikers are just as determined as they were in September 2019 to see change. Dawes says the problem is urgent and he wants the Government to feel that urgency.

"Part of the philosophy behind School Strikes is that we have no other choice. It's direct action in one way, but it's also making sure the Government knows and the people in charge know that we know about our futures and we care and we actually need to see this happen now."

The movement has six key demands, including better climate change eduction in schools, phasing out fossil fuels, moving to 100 percent renewable energy and reducing agricultural emissions. Two of the demands are rooted in fairness - one calls for a just transition for workers in carbon-intensive industries and the other for providing greater finance and adaptation aid to the Pacific Islands.

That theme of New Zealand's fair share shone through many of the speeches at Friday's marches - and it's particularly relevant as it becomes clear that New Zealand is far from achieving that benchmark.

In 2009, researchers calculated nine critical planetary boundaries that humanity needs to stay within to live safely and sustainably on Earth. We are already living beyond four of them: In addition to climate change, we have exceeded the safe limits of biosphere integrity, land-system change and biogeochemical flows.

In New Zealand, the picture is even more dire. A report commissioned by the Ministry for the Environment from those same researchers found we have exceeded five of the nine boundaries, adding our abuse of freshwater resources into the mix. We have also exceeded some of the boundaries to greater extents than the global average.

In the climate change space, for example, our emissions make up 0.2 percent of the global total while our population represents just 0.06 of all the humans on Earth. Among industrialised countries expected by international climate change agreements to do more than the global average to reduce emissions, New Zealand has experienced the second-highest increase in emissions since 1990. 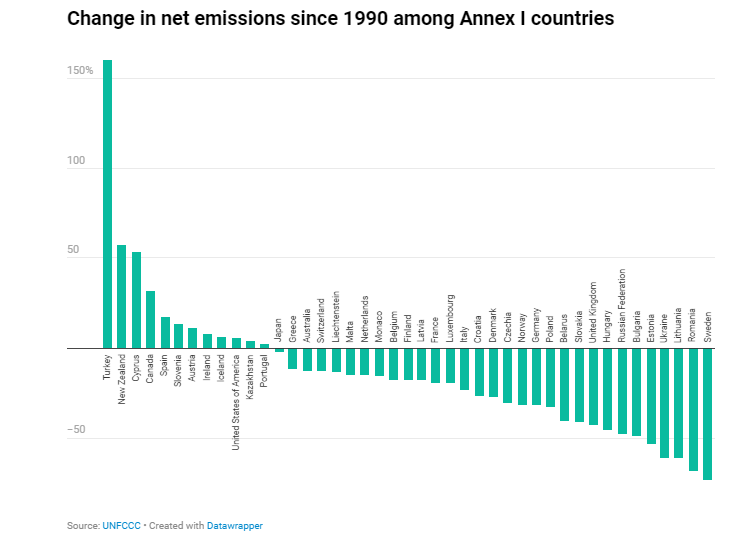 Bronwyn Hayward, a political scientist and Intergovernmental Panel on Climate Change author at the University of Canterbury, says the problem is urgent and the strikes are an appropriate response. Those same international agreements, including the Paris Agreement, are rooted in an expectation that domestic pressure will push governments to be more ambitious on climate change.

"It makes me very frustrated with the international diplomatic community that rather than impose regulations and scrutiny on themselves, they've externalised the cost of scrutinising what government is doing onto children and young people as well as the public."

Hayward says the strikes have put pressure on the Government to act in a manner that research has shown is likely to be successful.

"It creates and mobilises pressure for Government to act. There's been quite a few studies starting to come through that show that where governments have to take action that in the short-to-medium term is difficult electorally, where there is significant public momentum and pressure - particularly around questions of fairness, justice and morality - then it's easier for government to act. It's the licence to act."

In addition to pressure, the rallies show the Government there is a mandate for it to take radical action. It gives the Government political cover and political willpower to do better, she said.

That's the same conclusion that Dawes has come to.

"We already have a lot of the technology and the research behind the actions that we need to take to deal with climate change, but those actions haven't happened. The only reason is a lack of political will," he says.

"We have the technology, we have the knowledge, we just don't have the political will. That's why the School Strikes are so important - because they show that, actually, all the willpower is there in the populace. Especially in the youth. We just need to make it happen."

"Keep showing up and putting pressure on," he told the crowd of thousands in Wellington on Friday.

In Christchurch, around a third of the cohort of 300 had participated in a strike. Far more than that, however - some 60 percent - reported they thought about climate change on a daily basis.

"All of them are conscious and anxious about a precarious economic future for themselves, and yet they're still organising," she says. While that anxiety reflects an individualistic fear, collective action refocuses them to collective impacts and opportunities.

"They feel that climate change is something that's going to affect them as individuals. There's a lot to unpack about that, but we've had 30 years of a real focus on individual responsibility and individual act. That comes at a cost of a very high sense of anxiety to take action as individuals and a very high anxiety about how I will cope with this," she says.

"When we survey after a strike, they're feeling much stronger about their sense of collective action. And in the long-term, we know that's the biggest signifier of change. When you can act with other people, particularly people who are not necessarily like you, for a common purpose, that's where we get the real political shifts happening."

Directly engaging with politics at a young age like this will also have long-term impacts, Hayward says.

"You can't underestimate the experience of taking part in these protests. It's affecting new generations - what we call their sense of political efficacy, their ability to imagine and effect change, their ability to mobilise. It's a massive political learning curve for the students that has very far-reaching effects beyond the immediate of these climate protests."

Fridays for Future Climate Strikers Are Back on the Streets.