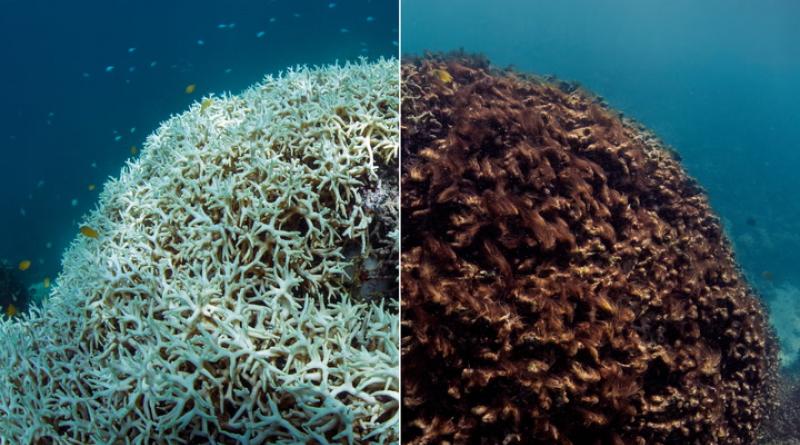 Some of the most cherished world heritage sites are under increased threat from the climate crisis.

The outlook for the Great Barrier Reef, the world’s largest coral reef, has been determined to be  “critical”  for the first time, according to a leading conservation agency.

The climate crisis is now the biggest threat to some of the world’s most cherished natural wonders, with 83 of the 252 World Heritage Sites listed by UNESCO, the UN’s cultural agency, under threat.

At the Great Barrier Reef, ocean heating, acidification and extreme weather have added to coral decline and shrinking marine species populations, according to World Heritage Outlook published on Wednesday by the International Union for Conservation of Nature, a coalition that advises UNESCO on natural threats to those sites.

Sixteen natural wonders have deteriorated since the last report three years ago, while only eight improved. The reports track whether the conservation work being done at sites is sufficient to protect them for future generations.

Four other Australian heritage sites were downgraded, and deemed as being at greater risk – the Blue Mountains, the Gondwana rainforests, Shark Bay and the Ningaloo Coast.

Around the world, it was a long list of those facing precarious futures due to the crisis. The islands of protected areas in the Gulf of California in Mexico have also entered the “critical” category in the listing.

Spain's Garajonay National Park, Olympic National Park in the US, and Mexico's Monarch Butterfly Biosphere Reserve are among those under “very high” threat, the report said.

In the Cape Floral Region Protected Areas of South Africa, global heating has exacerbated the spread of invasive species, while the Pantanal Conservation Area of Brazil was badly damaged by a historic wildfire season.

“Natural World Heritage sites are amongst the world’s most precious places, and we owe it to future generations to protect them,” IUCN Director-General Bruno Oberle said.

“Climate change is wreaking (havoc) on natural World Heritage, from shrinking glaciers to coral bleaching to increasingly frequent and severe fires and droughts.”

While 63 per cent of the heritage sites are classified as “good” or “good with some concerns”, almost a third (30%) are of “significant concern”. Some 7 per cent are in “critical” shape.

Compared to previous reports, this is the first time that the climate crisis has been seen as the most potent threat to natural wonders, eclipsing invasive alien species.

Human activities like tourism, hunting and fishing, and livestock grazing have also had an impact.

Ocean Warming Threatens Coral Reefs and Soon Could Make It Harder to Restore Them.