'There are no excuses left': why climate science deniers are running out of rope. 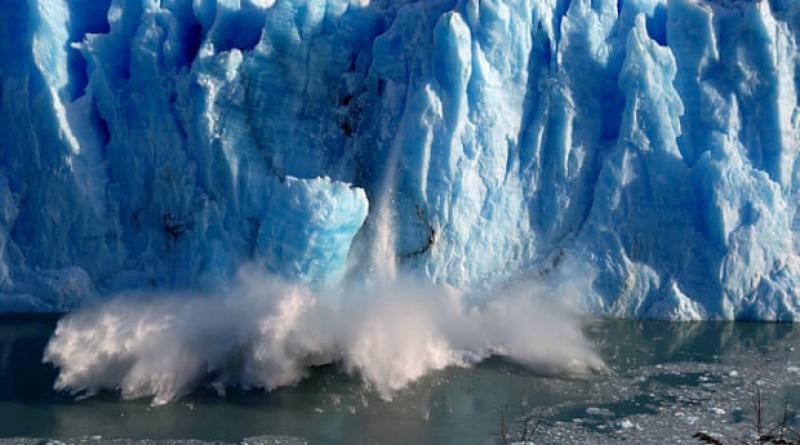 They were the words of Lord Lawson, former UK chancellor of the exchequer, turned climate denier and now Brexiter, addressing a crowd of more than 100 people trying to cram into a House of Commons hearing on climate change. As listeners craned their necks to hear better, whispering and nudging, he elaborated at length on my insistence on reporting the work of the 97% of the world’s climate scientists whose work shows human responsibility for global heating, and failure to give equal weight to the tiny number of dissenters.

As the science of climate chaos has become vastly clearer in the past two decades, and the warnings more stark, the rearguard action fought by climate denialists has grown fiercer and their attacks more vicious. Fact-based arguments will never serve their purpose; trolling is the last refuge of the discredited. We can expect much more of the same.

When I began writing full-time on the environment in 2004, climate change had hit a political impasse. George W Bush was in the White House, the US preoccupied with the war on terror and – as Bush admitted –“addicted to oil”. The 1997 Kyoto protocol was on ice, without the backing of enough countries to bring it into force, and international negotiations on greenhouse gases were stagnating as a result.

Suddenly, like a glacier destabilising, small cracks turned into crevasses and whole edifices came avalanching down. First Russia played the unlikely hero: by ratifying Kyoto in late 2004 (cynically, in return for a favour at the World Trade Organization) the Duma rescued the treaty from the scrapheap of history. That was enough to galvanise the UN negotiations, loosening entrenched positions and giving the talks a point once more.

Tony Blair did his bit by making climate change the main theme for the UK’s 2005 presidency of the G8, which forced world leaders to confront the issue. The EU’s emissions trading scheme came into being early that year, marking the first time companies were held responsible financially for their carbon output.

Soon after that Nicholas Stern, former World Bank chief economist, published his landmark 2006 review of the economics of climate change, showing definitively that tackling global heating was cheap, at a few per cent of GDP at most, and certainly much cheaper than the consequences.

Climate change has sometimes been dismissed by journalists as a “slow burn” issue: day after day, the ice melts a fraction, the sea laps closer to shore, the carbon count ticks slowly upward and the story remains much the same. But the last decade and a half have seen dramatic change, not just at the melting ice caps.

Activism used to mean a few brave (or “foolhardy”, if you opposed them) individuals climbing a power station chimney or pausing a Land Rover production line. Few people imagined 15 years ago that climate protest would become by now a mass movement, with thousands of people prepared to be arrested and schoolchildren around the planet shaming their elders by going on strike. The likes of veganism and the no-fly movement were easily dismissed as fringe fanaticism, never to catch on.

Few people would have dared forecast in 2004, when Kyoto appeared dead, that in 2015 a new global treaty would bind all countries to prevent heating crossing the crucial 2C threshold. I stood in the packed hall that eveningwith hundreds of others holding our breath as the gavel finally come down on stage and suddenly delegates from nearly 200 countries were leaping to their feet, whooping and cheering and weeping. Since then, some governments have followed this up with laws to enforce net zero carbon emissions by mid-century.

None of this is enough, of course. Audible in the background is the drumbeat of new science, data piling on data showing how close we are coming to disaster. In 2007, I watched the scientists of the Intergovernmental Panel on Climate Change emerge bleary-eyed from an all-night session in Paris where they faced down vested interests to warn emissions must peak by the early 2020s to avoid dangerous climate change. By 2013, in the fifth report in Stockholm, they predicted it would be 30 years before the 2C threshold would be breached. Last year, in the starkest warning yet, the IPCC gave us 12 years to reverse direction.

And there have been serious setbacks, some predictable (financiers clinging to their business models, vested interests blocking progress) but others less so. Few people 15 years ago noticed the new fracking technology beginning to be applied to dense shale rocks, bringing vast new fossil fuel sources on stream and turning the US into a net oil exporter. Fewer still foresaw a Donald Trump presidency.

Stealthily, too, came the rise of the national oil companies as they wrested control of reserves from the likes of ExxonMobil, Chevron and Total. Giants like BP and Shell may be painted as villains but at least they are accountable to their shareholders, and must obey stock exchange rules. National oil companies answer only to their governments, and many of those governments pay only lip service to transparency.

Our climate knowledge has increased vastly in 15 years. No one can now plausibly say there is not enough data, or that we lack the technology, or that saving the climate is too expensive. All of these pretexts have been exploded by patient scientific work. There are no excuses left and now it is up to journalists to ensure there are no more hiding places either, in the boardrooms, on the websites of fake news, behind the facade of populism. That is what the Guardian has committed to do, with a clear focus on the climate emergency. Even if that upsets some people in the corridors of power: there can be pride in being the worst, if that’s what it means.

Trump's failure to fight climate change is a crime against humanity.