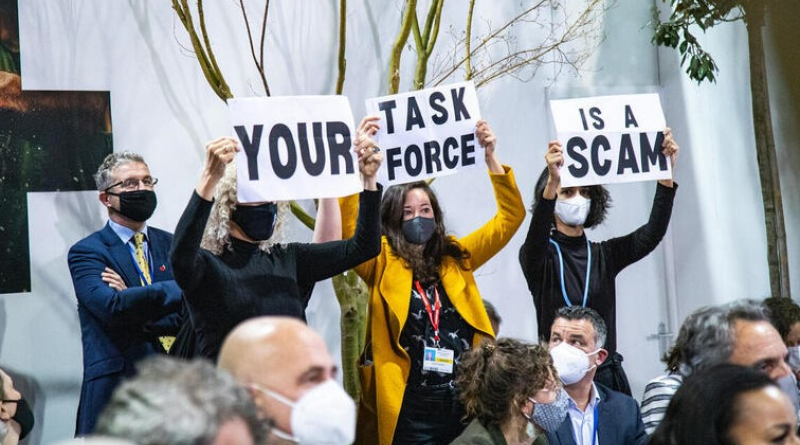 There is an ideological battle going at Cop26 and it’s about the concept of net zero emissions and the use of carbon offsets.

There was a flashpoint on Wednesday, when UN climate finance envoy Mark Carney announced that more than 450 banks, insurers and assets managers with $130 trillion in assets under management had committed to set science-based targets in line with net zero emissions by 2050.

The Glasgow Financial Alliance for Net Zero, or Gfanz, “is the gold standard for net zero,” Carney told the summit.

“The enormous resources and relentless focus of GFANZ can unlock the $1 trillion of additional annual investment needed for the net zero transition in emerging markets and developing countries by the middle of this decade,” he said.

Analysis by Reclaim Finance said the alliance is “fundamentally flawed” and “lacks any criteria on fossil fuels or absolute emission reductions”.

“Greenwash alert,” tweeted Swedish activist Greta Thunberg. “The fossil fuel industry & banks are among the biggest climate villains” and allowing them to buy offsets to claim carbon neutrality gives them “a free pass to keep polluting”.

It was not just Gfanz that campaigners took to task. Another Carney-led initiative to scale up the voluntary carbon market came under fire with protesters denouncing the use of offsets. 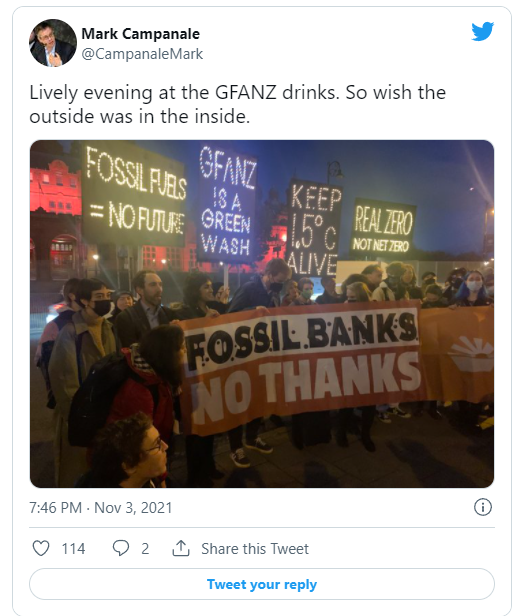 Jennifer Morgan, executive director at Greenpeace, and Teresa Anderson, of Action Aid, disrupted an event at which Carney was speaking and held placards that read: “Your taskforce is a scam”. Spontaneous protest is not allowed inside the Cop venue and both veteran campaigners took the risk of being kicked out of the conference.

Outside the venue, indigenous activists raised their voices against commodifying natural resources, while a helicopter hovered overhead. “Carbon offsets perpetuate the theft of our lands and territories,” they said.

UN chief António Guterres has tried to mediate by announcing a watchdog to analyse net zero commitments from non-state actors.

“There is a deficit of credibility and a surplus of confusion over emissions reductions and net zero targets, with different meanings and different metrics,” he said in a speech on Monday.

The issue risks spilling into other parts of the negotiations on establishing rules for a global carbon market, known as Article 6 of the Paris Agreement.

Under the carbon trading scheme, countries will be allowed to buy emissions reductions achieved in another parts of the world and count them towards their own climate goal – effectively creating an offset market for countries.

Countries have called for a resolution in Glasgow and the UK presidency has spent a lot of political capital in finding an outcome, holding regular ministerial meetings on the issue.

The latest version of the negotiating text, which was released on Tuesday evening, includes 373 bracketed sections, where countries can’t agree and are considering several options. In fact, the range of options proposed by countries has increased since the last climate talks in 2019.

Even if the UK succeeds in getting a deal, there is little chance it will be welcomed by activists who argue that governments should focus on reducing their emissions at home.

“Carbon offsets mean climate sabotage,” said Anderson, of Action Aid. “For Cop26 to be a success, we need an initiative to scale down carbon markets, instead of scaling them up.”

Greta Thunberg: I’m open to meeting Biden at Cop26 but don’t expect much