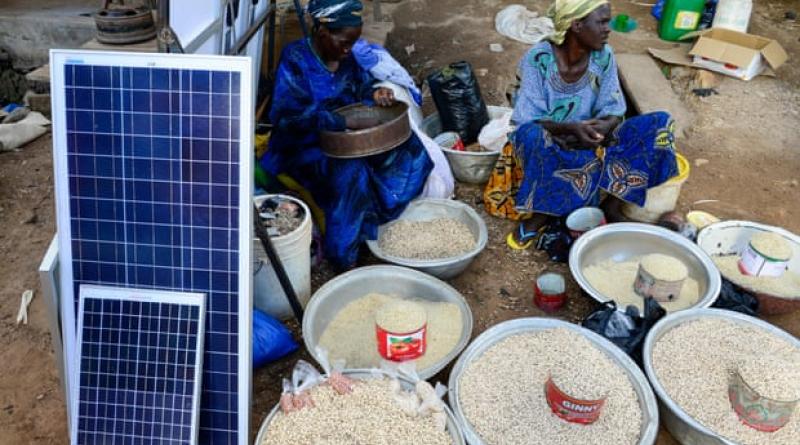 UK investors could seize a $24bn investment opportunity by helping to connect millions of people without access to electricity to off-grid home solar power systems.

The market for pay-as-you-go home solar packages is expected to boom in Africa, where millions of homes are using mobile technology to rent low-cost solar panels.

UK companies have played a leading role in helping more than five million households sign up to pay-as-you-go home solar systems in the past four years. But with 600 million people without access to an electricity grid, there is huge potential for future investment.

A report by Kleos Advisory, published during the first UK-Africa Investment Summit in London, has found that the commercial opportunity from off-grid solar panels could generate about $24bn (£18bn) a year.

The market is growing rapidly since the collapse in the cost of solar panel technologies and the emergence of mobile banking and affordable financing in the continent’s fast-growing economies.

Households that earn an income are increasingly using mobile phones to rent small-scale solar panels, and ultra-efficient electric lighting strips and appliances to access electricity for the first time.

Once the solar panels are paid off, households own the equipment outright and in effect have free energy. Many then choose to upgrade their packages to add televisions and electric cookers.

The off-grid solar market is expected to grow rapidly, in part because eight of the world’s 15 fastest-growing economies are in Africa.

Tedd George, the author of the report, said the combination of solar technology and affordable financing was “driving an economic transformation in Africa, making the ‘unbankable’ bankable and embedding African consumers in the digital economy”.

UK companies including Azuri Technologies, which commissioned the report, and Bboxx are racing to corner the market for off-grid solar in Africa with the help of private investment and major international companies.

The scale of the off-grid solar market across Africa has emerged as UK investment leaders consider future investment in the continent after Brexit.

Tony Blair said the summit this week “should open a new chapter in Britain’s relationship with Africa” to one based on “economic cooperation rather than simply an aid-based, donor-recipient relationship”.

The former Labour prime minister said: “If we can use the UK-Africa Investment Summit to become a true economic partner to African countries, it would be of great strategic benefit to the continent and to the UK.”