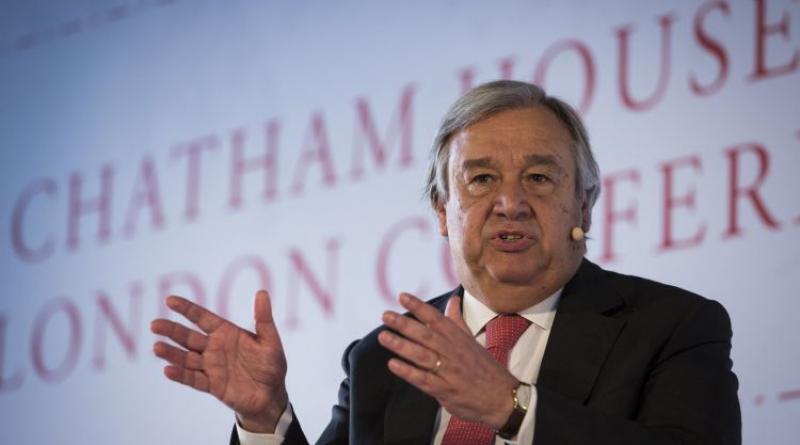 A UN report has urged global leaders to stage a dramatic scale-up of renewables deployment, the latest in a series of such warnings issued by world authorities ahead of next week’s climate talks.

Sticking to status-quo policies would push the planet towards a 3.2°C temperature rise by 2100 above pre-industrial levels and wreak “even more destructive” climate impacts, according to the annual Emissions Gap Report of the UN Environment Programme (UNEP).

The update – the tenth of the series and a stark warning to leaders preparing to attend UN climate talks next week – says the annual rises in global greenhouse gas emissions seen over the past decade must give way to a 7.6% decrease every year from 2020 to 2030 to prevent such a scenario.

According to the UNEP, expanding renewable energy for electrification stands as one of the “easy wins” in the efforts required to achieve the 7.6% emission cuts, helping keep global warming within the 1.5°C threshold set out under the Paris Agreement of 2015.

The analysis acknowledges the record 167GW in renewable installations achieved last year, led by solar’s 108GW. Growth, the UNEP warned, must however not only be sustained but take place at six times the current speed if climate change targets are to be met.

The report examined how the world’s top emitting economies are going about clean energy policies. China, for one, will likely overshoot its climate goals by less than 15% and has enacted subsidy cuts that will prove “a necessary step” to boost uptake of renewables, the UNEP said.

In India, unclear rules around taxation and imports risk failure – despite the government’s assurances to the contrary – of the 175GW-by-2022 renewable target, the UNEP said. Mexico’s freezing of clean energy tenders and plans for new coal plants have stalled “years of progress,”  it added.

Warnings pile up as world meets to track climate progress

The UN’s calls on countries to aim higher with renewable policies – as well as with green buildings, transport and others – were delivered as world leaders prepare for the COP25 UN climate summit in Madrid next week, meant to take stock of global progress in the fight against climate change.

Ahead of the talks, UN secretary-general António Guterres urged countries to “listen to the science” or risk inviting further “deadly and catastrophic” climate-driven natural disasters. "For ten years, the Emissions Gap Report has been sounding the alarm – and for ten years, the world has only increased its emissions,” Guterres said in a statement released alongside the study.

“Our collective failure to act early and hard on climate change means we now must deliver deep cuts to emissions,” added UNEP’s executive director Inger Andersen. “This shows that countries simply cannot wait until the end of 2020, when new climate commitments are due, to step up action.”

The warnings about the world’s slow course towards climate calamity are just the latest of a long series by world authorities. Just this month, global energy watchdog the IEA said the planet would fall far short of the 1.5°C goal unless the energy system undergoes rapid and widespread changes.

The IEA update assigned solar a central role in the energy mix the planet would need to limit catastrophic global warming. “A renewed acceleration in annual solar PV deployment, alongside enhanced efforts to ensure smooth integration … is essential,” the IEA said.

For its part, a study by renewable body IRENA offered on the same day more concrete solar goalposts for the next decades. Installed PV capacity must, the document said, balloon between 2018 (480GW), 2030 (2.84TW) and 2050 (8.519TW) if Paris targets are to be delivered.

A crucial question for current and past climate talks has been whether finance can be channelled quickly enough towards clean energy and other climate-friendly areas. Only this week, BloombergNEF warned investment faltered majorly last year across emerging markets.

*Title photo:“There has never been a more important time to listen to the science," UN secretary-general António Guterres said of the warnings in this year's Emissions Gap Report (Image credit: Flickr / Chatham House)