Using the power of vibration to lower geothermal costs. 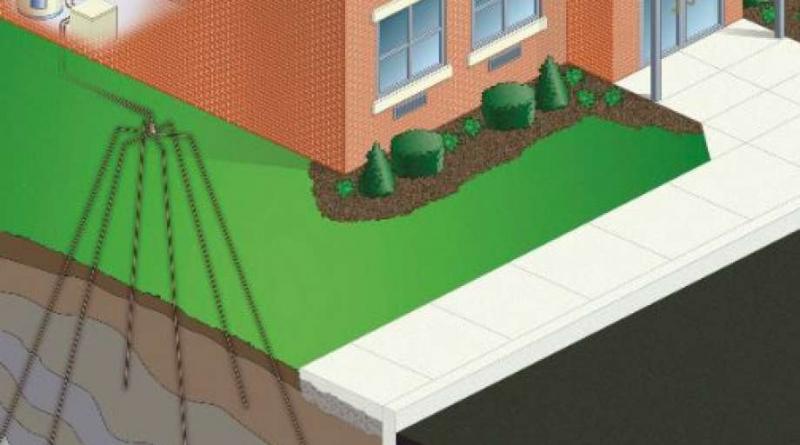 ALBANY _ Geothermal heating and cooling has long been an efficient way to heat and cool one’s home while using minimal energy. It harnesses the steady 55-degree year-round underground temperatures to either warm a house in winter or cool it in summer. Builders install pipes underground, which are filled with a water-based solution. The fluid is then circulated between the ground and the house, serving to cool it or heat it depending on the season.

But the cost of drilling wells or holes in which the heating/cooling pipes are sunk has long been an obstacle. It’s one of the reasons that a complete system can easily cost $20,000 or more. The pipes can be anywhere from 8 to 500 feet deep, depending the particular system. Some drill straight down while other configurations use a grid-like system in a trench.

Now, a New York City-based company is working on lowering the cost of drilling through what it calls sonic technology.

Dandelion Energy has been awarded a  $750,000 grant from the New York State Energy Research and Development Authority (NYSERDA) to further develop the technique, which involves vibrating at high frequency the drill and casing that goes around the drill.

Think of a car that is either slowly accelerating from a standstill or spinning its tires at high RPMs. Taking off slowly results in more “static friction” or stickiness to the road. Spinning the tires means less. For drilling, the spinning is helpful as there is less friction to overcome while drilling down.

“It allows the casing to efficiently penetrate soil, and even cut through large, hard boulders in the toughest formations,” explained Thomas Cronje, Dandelion’s drilling operations manager.

Additionally Dandelion’s casings, or shells around the drills, are removable and reusable, which also reduces the cost.

“Re-using casing for hundreds of holes is one of the ways we reduce the cost and make geo more affordable to the customer, Cronje explained in an email.

WhiIe ground conditions vary, Dandelion says that in the same geology they can drill to about 250 feet 14 times faster than older techniques.

All told, these savings can lower a geothermal installation by 20 percent, according to NYSERDA.

The  new technology was developed and tested by Dandelion as part of NYSERDA’s Next Generation Heating, Ventilation and Air Conditioning (HVAC) Innovation Challenge, which supports clean energy companies looking to commercialize more efficient heating and cooling.

The heating and cooling of buildings makes up almost a third of the state’s carbon emissions, said Bill Nowak of New York Geothermal Energy, a trade group.

His group is looking to further lower geothermal costs through the state Public Service Commission, which regulates electric rates. They are seeking to have lower electric rates in winter, which is when statewide demand is reduced since people aren't running their air conditioners. But geothermal homeowners use a bit more electricity in winter to pump the warmer water through their house. They don’t need to purchase oil or natural gas or propane for heat, however.