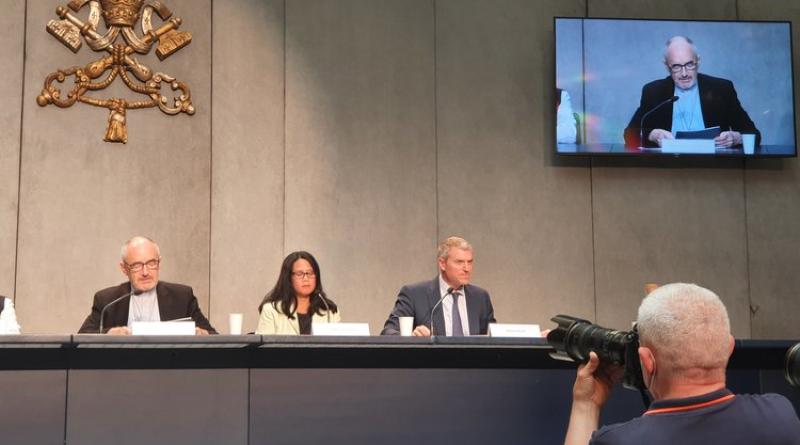 Today, the Vatican has called for an international treaty that tackles the climate crisis at its source: fossil fuels. The call builds on the Vatican’s calls for fossil fuel divestment and new policies for investments in “a more just and sustainable world”.

Cardinal Michael Czerny, Prefect of the Dicastery for Promoting Integral Human Development, said: “Regarding COP27, Pope Francis again joins scientists in holding to the Paris Agreement’s temperature increase goal of 1.5°C. The planet already is 1.2°C hotter, yet new fossil fuel projects every day accelerate our race towards the precipice. Enough is enough. All new exploration and production of coal, oil, and gas must immediately end, and existing production of fossil fuels must be urgently phased out. This must be a just transition for impacted workers into environmentally sound alternatives. The proposed Fossil Fuel Non-Proliferation Treaty holds great promise to complement and enhance the Paris Agreement.”

Tzeporah Berman, Chair of the Fossil Fuel Non-Proliferation Treaty Initiative said: “What is needed now is moral courage. We welcome Cardinal Czerny as part of this growing choir of voices across not just religious communities but also health professionals, parliamentarians, youth leaders, Indigenous communities, Nobel Laureates, scientists and academics. They all recognize that expansion of fossil fuel production magnifies the climate crisis but also undermines all of the living systems that are core to our survival. This is not a drill. We need urgent and bold action to slow the damage and put us on a more sustainable, just path.”

Science supports this need for urgent action with fossil fuels having contributed to 86% of CO2 emissions in the past decade alone. Despite this, governments are still planning to produce more than double the amount of fossil fuels consistent with a 1.5-degree trajectory by 2030, and 10% more than their own climate pledges.

Mark Campanale, founder of the Carbon Tracker Initiative, added: “There is no doubt that science and economics have long pointed to fossil fuel production as the Achilles heel of the climate crisis. There is a finite science based carbon budget to keep heating to no more than 1.5C, which means most fossil fuels need to remain in the ground. This vulnerability of a fossil fuel based energy system can no longer be ignored. This latest endorsement from the Vatican makes it even harder for world leaders to ignore the central role of fossil fuels in the climate catastrophe unfolding around us. It is also why the upcoming Global Registry of Fossil Fuels that lists all current and planned fossil fuel production country by country, project by project, to make governments more accountable for their fossil fuel plans is so critical.”

The proposed Fossil Fuel Non-Proliferation Treaty would complement the Paris Agreement by establishing a specific international mechanism to manage a fair and rapid phase out of coal, oil and gas that enables countries to reduce their dependence on fossil fuels, support workers and communities, transition rapidly to renewable energy, and build more diverse economies. To support these objectives, a Global Registry of Fossil Fuels, developed by Carbon Tracker Initiative and Global Energy Monitor, will be launched later this year and will be the first open-source database of oil, gas and coal production and reserves globally.