Where mining meets rainforest: the battle for Tasmania’s Tarkine. 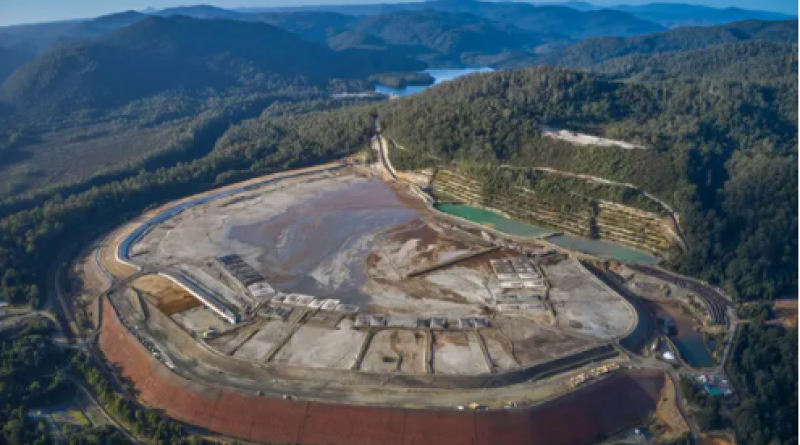 Campaigners say plans for a new tailings dam threatens wilderness that should be declared a heritage area.

Four days before the Morrison government was due to decide the future of a mining development in the takayna/Tarkine, 77-year-old Frits Harmsen planted a camping chair in front of trucks on an unsealed road snaking through Australia’s largest temperate rainforest.

Harmsen, a former French horn player with the Tasmanian Symphony Orchestra, was part of a small band of Bob Brown-endorsed protesters who on Friday began a 19th day attempting to block work by MMG, a majority Chinese-owned minerals company, in Tasmania’s remote north-west.

Up the road, the mining giant was attempting to carry out drilling and other testing for what it hopes will become a much larger project – a new pipeline and waste storage facility near the town of Rosebery.

MMG says a new tailings dam is needed to extend the life of an 85-year-old zinc, copper and lead mine that employs about 500 staff and contractors. If the dam is approved, the company expects to clear up to 285 hectares – roughly equivalent to 350 football pitches – of rainforest and other terrain for both the South Marionoak dam and a 3.5km pipe that would carry toxic waste from the mine across the Pieman River.

The plan is supported by the Tasmanian Liberal government, which has welcomed MMG’s proposal as “investing with an eye to the future, particularly at a time when every job counts”, and the local mayor.

But campaigners from the Bob Brown Foundation say crossing the river would place the tailings dam inside the takayna/Tarkine, a vast and environmentally diverse area that the Australian Heritage Council recommended nine years ago should be protected. Opponents rallied at Hobart Town Hall on Saturday calling for the development to be stopped.

The foundation said Harmsen was one of 17 to have been arrested at the site. Speaking after being charged with failing to comply with police, he said he was acting to protect “this incredible tract of rainforest on behalf of my children and grandchildren”, and because he felt powerless watching governments make decisions that damaged the environment without being subject to proper scrutiny.

“I am here today because nothing else seems to be working,” Harmsen said. “I just feel we have lost our moral compass a bit as a developed nation. Particularly now, we do have to protect what is left of nature. It’s too important to make into a waste dump, which is basically what [the tailings dam] is.”

The scope of MMG’s proposal became clear last month when it lodged documents with the federal environment minister, Sussan Ley. It argued the impact of the development on threatened species would not be significant and it should not have to be fully assessed under national environment laws.

Ley’s decision was due on Tuesday, but the environment department website was updated late on Friday to indicate the deadline had been extended until 23 July.

Having never been formally recognised, the Tarkine’s boundaries remain loosely defined and contested but, based on the heritage council’s assessment, it covers at least 439,000ha. It includes windswept beaches, buttongrass moorland, wild rivers and unique cave formations, but is best known as home to the world’s second-largest temperate rainforest and Aboriginal shell middens. Some parts have been mined and logged over a long period, but significant sections remain untouched by development.

Assessing the site nine years ago, the heritage council found it had “outstanding national heritage significance”, was “one of the world’s great archaeological regions”, and had rainforests with links to the ancient continent of Gondwana. The then Labor federal government largely ignored its advice, protecting only a 2km strip near the coast for its rich Indigenous heritage.

The Bob Brown Foundation wants the entire area added to the Tasmanian world heritage wilderness area, which covers about a fifth of the state.

Jenny Weber, the group’s campaign manager, said it was “one of the last wild places on Earth” and provided shelter to more than 60 threatened species. She argued the company’s submission underplayed the damage the development could cause, and said it had acknowledged the dam could be built at other sites outside the Tarkine.

The environment group last month wrote to Ley urging her to grant an emergency national heritage listing for the area – a step that would have echoed a decision in 2009 by the then environment minister Peter Garrett to prevent a 134km road through rainforest – and invited her to inspect the forest personally. The minister did not respond.

Weber called on Ley to use her powers to block it before the formal application process began. “It’s the biggest fight that we have on our hands in the Tarkine,” she said. “It is such a massive incursion into intact rainforest that includes endangered species habitat that we are lobbying for it to be declared as clearly unacceptable.”

MMG maintains the environmental impact of the dam can be managed. Its spokesman, Troy Hey, said it was “absolutely committed to continuing the life of Rosebery” and the development would have a “relatively small footprint” on the border of the Tarkine.

He said the company would “never stop looking at other options” for waste storage, but the proposed site was the only viable option to replace two near-filled dams in 2024.

“We believe that you can balance development and mining sites such as Rosebery and the protection of the natural wilderness of Tasmania,” Hey said. “We have been doing that for 85 years fairly successfully and we don’t think the South Marionoak development is any departure from that.”

A spokesman for Ley said the department was assessing the proposal and a decision was expected “in due course”.

“Regarding the Bob Brown Foundation, we have received correspondence, which is under consideration,” the spokesman said.

Tasmania declares itself 100 per cent powered by renewable electricity.

Remote Tasmanian island to be powered by ‘blowhole’ energy that harnesses waves.