The winds of change blow for Japan’s energy mix 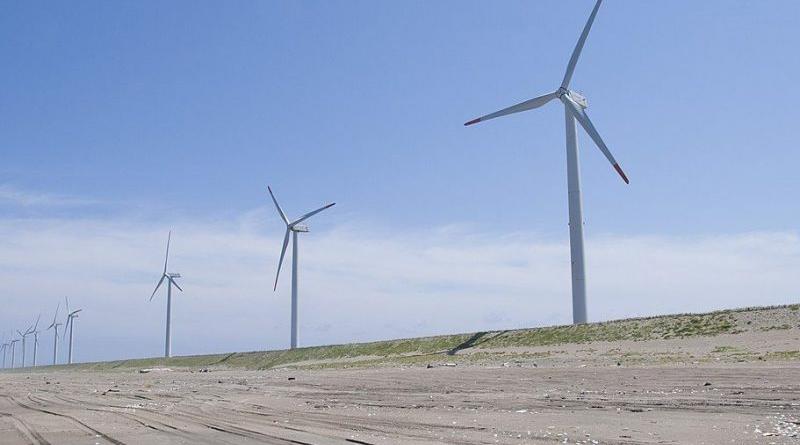 Following the Fukushima Daiichi nuclear disaster, Japan has struggled as many of its nuclear power plants remain off the grid, forcing the country to turn to expensive foreign gas imports. A new report however by Wood Mackenzie highlights the potential wind power has for transforming the Japanese energy mix. Could a great leap see Japan become a wind powerhouse?

Japan was once thought of as a nuclear pioneer. The country relied on nuclear for 30% of its power up until 2011, which was generated by 54 reactors, ensuring the country had a reliable source of clean power. Japan was also planning to greatly increase the number of nuclear reactors, up to 70% by 2030.

However, when a tsunami triggered the Fukushima Daiichi nuclear disaster on 11 March 2011 all of its nuclear power plants were switched off. Now, some eight years after the disaster, only nine reactors are in operation again with a mere capacity of 9GW compared with 47.5 GWe in early 2011.

As such, Japan has become hugely dependant on imports, predominantly of natural gas, to meet its energy demands. As a nation it is resource poor, producing no oil or gas, and only a small amount of coal, which is all used domestically for power. Without nuclear it has had little alternative.

However, as an island Japan has huge potential for generating power using wind farms. A recent report produced by Wood Mackenzie says offshore wind could increase 62-fold over the next decade.

“In light of the power shortfall, Japan will need to increase its coal imports, supported by renewable energy capacity,” said senior analyst Robert Liew, “In terms of renewable energy, scale matters and offshore wind is at an advantage.”

Over the last few years this has been growing, with Japan ending 2018 with an installed capacity of 3,584MW of wind. This is up from 3,392 MW the previous year, with an increase of 77 new wind turbines at 14 different sites.

Wood Mackenzie’s report, Sunrise for Japan Offshore Wind, predicts that the offshore wind sector in Japan is looking very bright. By 2028, wind power is expected to provide 4GW of power to the country, a 62-fold increase from last year.

Offshore wind provides a much greater opportunity than onshore wind or solar. Especially as it typically offers capacities of about 300MW, versus just 40MW for a solar plant.

Companies such as Japan’s largest utility Tokyo Electric Power (TEPCO) are increasingly focusing on renewables. TEPCO, which owned the Fukushima Daiichi Nuclear Power Plant, is seeking to switch the core of its business to wind and hydropower. The company, which currently relies on fossil fuels for 90% of its generation, announced last summer that it would spend 100 billion yen ($8.98 billion) on 7GW of renewable generation.

“Rising costs and a lack of public confidence in TEPCO’s ability as a nuclear operator has led the company to reconsider its future strategy,” said Liew. “TEPCO’s involvement in offshore wind is a crucial development which signalled to the market that offshore wind is commercially viable. This will make it easier for the government and local companies to accept offshore wind.”

In January, TEPCO signed a Memorandum of Understanding with Danish power giant Ørsted. This will help it to develop its Choshi offshore wind farm off the coast of the Chiba Prefecture, where it is currently carrying out feasibility studies.

This uptick in investment and interest in renewable power will be especially important as Japan is predicted to face a shortfall of more than 10GW by 2030, as the country struggles to bring its mothballed nuclear power plants back online. Despite the slow pace with which the nuclear plants are being restarted, the government is still planning for them to meet 20%-22% of the national power mix.

There are a number of reasons why Japan’s transition has been slow, including the more pressing need for energy security. Following 2011, the country had to find ways to meet the 30% of its energy needs which had previous been met by nuclear. This required fast changes, and fossil fuel imports were the obvious choice. As such, speed was a priority over CO2 emissions.

There have been other challenges to overcome as well, such as governmental support.

“In the past, there was a lack of regulation regarding offshore wind development in general sea areas (which is the preference for offshore developers) which resulted in policy uncertainty,” explains Liew.

This has been eased recently though, with the Japanese Cabinet approving an offshore promotion law. This secures developers’ rights to occupy an area for 30 years, during which time they can construct and decommission wind projects, in general sea areas.

Furthermore, the government has established a working group to develop maintenance and management guidelines for the sector.

Offshore tenders for potential sites in Aomori and Nagasaki prefectures are expected in 2019 H1. How to streamline the application process for port and harbour projects such as these is currently under discussion.

There is likely to be a small amount of resistance to offshore wind power, while this is unlikely to stop the development of large farms it is something that potential developers will have to bear in mind.

“It is common to see local fisheries opposed to offshore wind power plants so developers must work closely with local communities to get their projects approved and promote the benefits of offshore wind to the local economy,” says Liew.

The final challenge will be to establish a local supply chain, in order to create the maximum local benefit. This could be hampered by Japanese company Hitachi’s announcement in January that it will no long manufacture wind turbines, instead focusing on selling German company ENERCON GmbH’s turbines.

Without a local supply chain, increasing the share of wind power in Japan’s energy mix will likely be more expensive. However, the technology presents such potential for the nation; even having to reply on foreign imports is unlikely to stop the shift.

“The medium to long-term outlook for offshore wind in Japan looks especially promising with TEPCO’s involvement in offshore wind, the growing offshore pipeline and new policy measures to support wind development,” Liew said. “We expect Japan to emerge as a key offshore wind market in Asia.”