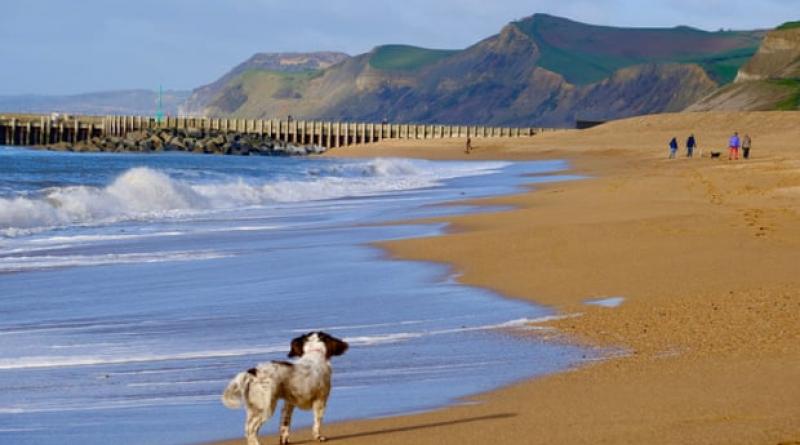 Almost half of the world’s sandy beaches will have retreated significantly by the end of the century as a result of climate-driven coastal flooding and human interference, according to new research.

The sand erosion will endanger wildlife and could inflict a heavy toll on coastal settlements that will no longer have buffer zones to protect them from rising sea levels and storm surges. In addition, measures by governments to mitigate against the damage are predicted to become increasingly expensive and in some cases unsustainable.

In 30 years, erosion will have destroyed 36,097km (22,430 miles) or 13.6% of sandy coastlines identified from satellite images by scientists for the Joint Research Centre (JRC) of the European commission. They predict the situation will worsen in the second half of the century, washing away a further 95,061km or 25.7% of Earth’s beaches.

These estimates are far from the most catastrophic; they rely on an optimistic forecast of international action to fight climate breakdown, a scenario known as RCP4.5. In this scenario of reduced ice-cap melting and lower thermal expansion of water, oceans will only have risen by 50cm by 2100.

Projected beach erosion under the RCP4.5 pathway by 2100.

However, if the world continues to emit carbon at its current rate, sea levels will rise by an estimated 80cm, according to the Intergovernmental Panel on Climate Change. If this happens, a total of 131,745km of beaches, or 13% of the planet’s ice-free coastline, will go under water.

Around the globe, the average shoreline retreat will be 86.4 metres in the RCP4.5 scenario or 128.1 metres in the high-carbon scenario, though amounts will vary significantly between locations. Flatter or wilder coastlines will be more affected than those where waterfronts are steeper, or those artificially maintained as part of coastal development.

Projected beach erosion under the RCP4.5 pathway by 2100. Maps show the average theoretical level of erosion

The study predicts that the hardest-hit areas in the UK will be west Dorset, north Devon, Great Yarmouth, Barrow-in-Furness and north-east Lincolnshire. In these areas, beach retreat is predicted to be five times the national average.

“The length of threatened seashores incorporates locations that will be submerged by more than 100 metres, assuming there are no physical limits to potential retreat,” said Michalis Vousdoukas, an oceanographer at the JRC and lead author of the study, published in the journal Nature Climate Change. “Our 100-metre threshold is conservative since most beaches’ width is below 50 metres, especially near human settlements and in small islands, such as the Caribbean and the Mediterranean.”

Large beaches will narrow by 100-200 metres on Atlantic and Pacific coasts and the Australian side of the Indian Ocean, wiping out more than 60% of sand deposits in a number of developing countries that are economically fragile and heavily dependent on coastal tourism.

But swift action to limit emissions and fight climate breakdown could help reduce the impact, experts say. “Moderate emissions mitigation could prevent 17% of the shoreline retreat in 2050 and 40% in 2100, thus preserving on average 42 metres of sand between land and sea,” Vousdoukas said.

The researchers projected the future anthropogenic and geological changes based on 30 years of observations.

Sea-level rise is exacerbating problems caused by construction and barriers on the shoreline such as buildings, roads or dams, which have changed the natural replenishment cycle of sandy beaches.

“In the UK, part of manmade erosion results from protecting cliffs whose wearing would normally top up the associated beaches with gravel,” said Robert Nicholls, the director of the Tyndall Centre at the University of East Anglia in Norwich. “This happens, for example, in Bournemouth, to safeguard luxury properties built on top of fancy viewpoints.”

In some regions such as the Baltic, marine erosion is compensated by land rise. Sediments may also be brought by rivers, either naturally as in the Amazon, or resulting from artificial activities as in the Chinese deltas that accumulate residues from industrial sites upstream.

A third driver of erosion is the intensification of storms, which is associated with climate breakdown. These look on course to further erode the most vulnerable beaches; the study predicts that the British seashores facing most erosion are the east and west coasts, which are more exposed to tidal surges than the south.

By the end of the century up to 63% of low-lying coastal regions worldwide will be threatened. In these areas, both population density and development tend to be higher than inland.

In many places, the cost of protecting the shoreline often outweighs the benefits. For example, in 2017 a £62m sea wall was built to protect the tourist resort of Blackpool. Besides requiring indefinite spending on maintenance, such concrete defences are seen as more of a problem than a solution as they can disrupt the process by which sand is deposited by ocean currents, exacerbating erosion.

In some places the Environmental Agency has chosen to replenish beaches with sand dredged offshore. Not only is this harmful to marine habitats, mining sand from the seabed is expensive. Since 1994 millions of pounds have been spent yearly to replenish the 20km seafront between Skegness and Mablethorpe in Lincolnshire, also helping to preserve 35,000 hectares of farmland.

Dr Sally Brown, deputy head of life and environmental sciences at Bournemouth University, said: “Building defences helps maintain coastline position, but defences are known to reduce beach width or depth over multiple decades. Responding to sea-level rise means looking strategically at how and where we defend coasts today, which may mean protecting only limited parts of the coast.

“Beach nourishment schemes can help the problem, such as in Bournemouth, but these beaches need a regular top-up. Ultimately, we cannot nourish everywhere for ever, meaning that hard decisions need to be made about how much to spend and how to manage the coast in decades to come. This could affect those living on the coast, and tourists who enjoy the sandy beaches too. Sea-level rise will only make this situation worse.”

The beach at West Bay, Dorset. West Dorset is among the UK areas expected to be hit hardest by sand erosion. Photograph: Tom Corban/Rex/Shutterstock

'It's heartbreaking': a coastal community watches its beach wash away.