Worried About Biodiversity? End Industrial Activity in the Rainforest. 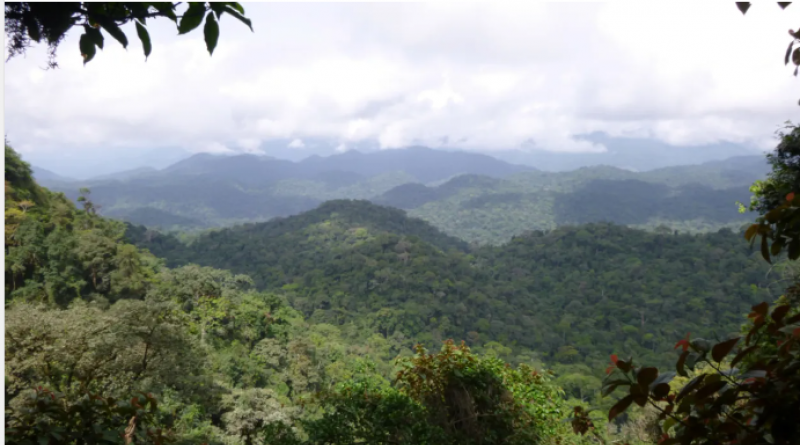 Biodiversity loss is a global crisis. In May last year, the Intergovernmental Science-Policy Platform on Biodiversity and Ecosystem Services (IPBES) warned that over 1,000,000 species are threatened with extinction worldwide. On May 22, the International Day of Biodiversity, it is important to recall the silent victims of our country's obsession for industrial growth at the expense of our forests.

Tropical rainforests are estimated to harbor more than half of the world's plant and animal species. They are also essential for access to water, regulating temperature and preventing soil erosion. It's time to return the forests to indigenous and local communities.

In our country, Cameroon, the conservation of biodiversity, global climate goals and human rights of indigenous and local communities are all put at stake for industrial exploitation of the rainforest, driven by short-sighted thinking. Biodiversity hotspots are put at risk by industrial logging and agriculture, as trees are cut for the tropical timber market and entire forests cleared to make room for oil palm and rubber plantations. The government tries to assure conservationists that some space will be reserved for the wildlife in the forest it trashes, but even protected areas are not truly safe.

Companies, usually foreign-owned, are rapidly destroying rainforests that have existed for years. Local communities are left poorer after their traditional source of livelihood is desecrated. The only ones getting rich are a small group of beneficiaries that are close to the circles of power.

Some low-income countries that are rich in forests are resorting to quick solutions like logging and industrial agriculture. But industrial logging concessions and rubber and palm oil plantations are never the job-creating mechanism they promise to be. That has been demonstrated over and over again in forest countries around the world.

For example, the Dja Faunal Reserve, a UNESCO world heritage site in the South of Cameroon, is home to more than 100 species of mammals, including at least 14 primates, such as the endangered western lowland gorilla, chimpanzee, and white-collared mangabey, as well as species such as the endangered forest elephant, and the African grey parrot, bongo antelope and leopard.

The Dja Faunal Reserve is adjacent to the Sudcam rubber plantation, mainly owned by rubber giant Halcyon Agri. Sudcam has cleared more than 10,000 hectares (approximately 25,000 acres) of dense tropical rainforest in the South region of Cameroon – an equivalent of 10 football pitches a day – to make way for a rubber plantation between 2011 and 2018. The rubber plantation has rattled the lives of several indigenous communities, namely the Baka, but it has also aggravated the lives of those numerous protected species in the Dja Reserve.

To indigenous and local forest dependent communities, the rainforest serves as a source of nutritious foods and traditional medicine, much of which science has yet to explore. The forest is also the foundation of their social life, from recreational to ritual practices. Furthermore, biodiversity loss itself is a direct and immediate threat to the livelihood of indigenous peoples like the Baka next to the Sudcam plantation.

Upon the arrival of rubber company Sudcam, the indigenous community has lost access to its forest and specifically to the animals and plants they rely on. As Sudcam gets richer, it leaves entire communities in impoverishment, abjectness and destitution.

That is the fate which the chiefs of the Banen people of the Littoral region in Cameroon are trying to avoid in their current struggle against the destruction of large parts of the Ebo forest.

The Ebo Forest is a biodiversity hotspot, one of the intact forest ecosystems in the Gulf of Guinea, stretching over 2000 square kilometers (approximately 772 square miles). Ebo Forest is home to an amazing range of wildlife, including forest elephants, gorillas, drills, chimpanzees, grey parrots and the goliath frog – the largest living frog on the planet. Accordingly, it was designated over a decade ago by the Cameroon Government as a National Park.

Biodiversity loss doesn't only mean our children would get to see some of the world's most marvelous creatures only in documentary films. The consequences are far greater and more tangible.

The extinction of forest elephants, for example, small relatives of African Savanna elephants, might also reduce the number of large trees that they support, trees that excel at storing carbon. In the Congo Basin forest, the disappearance of forest elephants might mean a loss of about three billion tons of carbon – equivalent to France's CO2 emissions over more than 25 years, according to a New York Times article on recent research published in the journal Nature Geoscience.

Cameroon's government has made public commitments to preserve and protect biodiversity. Positive declarations and ambitious plans may win applause and some international funding, but all eyes should be on implementation. Field investigations by Greenpeace Africa and others clearly show how far we are from protecting biodiversity.

In Cameroon's government, as well as in the meeting rooms and corridors of development agencies, decision makers often hold outdated views. Too often we hear that only through rapid and massive removal of the rainforest in favor of large-scale logging and industrial agriculture plantations can the country emerge out of poverty.

Yet that model has repeatedly failed the people, as short-term high profits always remained accessible only to a small circle of beneficiaries. On the contrary, local communities who have lived in harmony with nature for many generations are likely to face poverty, abuse, hunger and alcoholism wherever forests are suddenly destroyed. It is becoming increasingly clear that the best solution for both human rights and the planet is for forests to be managed by local communities. They do so much better than the industrial loggers or plantation owners.

The Cameroonian government needs to realize that trashing forests is not the way to make the economy grow. Rapid and intensive exploitation of nature has more far-reaching consequences than short-term economic growth. To prevent the extinction of fauna and flora species, indigenous communities that live among them need the rights to manage their forest.

Standing for biodiversity means communities should get the rights to manage their forests, instead of the corporations that destroy them.

Sylvie Djacbou Deugoue is a forest campaigner for Greenpeace Africa.

The Link Between Climate Change and Biodiversity.