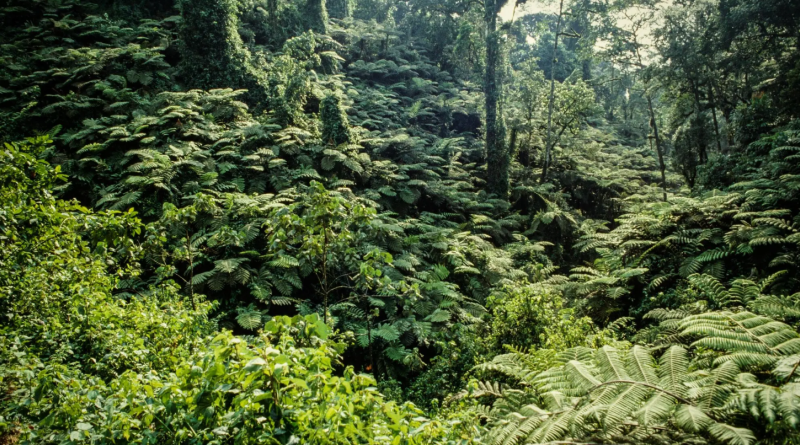 A vast rainforest stretches for 1,500 miles across central Africa. The mighty Congo River and its tributaries are the main highways into this hard-to-reach region.

This land of towering trees is home to forest elephants, bonobos and millions of people; it helps regulate our climate and slows climate change by removing 1.5 billion tons of carbon dioxide from the atmosphere each year.

The government of the Democratic Republic of Congo speculates that up to 16 billion barrels of oil may lie under the rainforest. In addition to accelerating the climate crisis, oil exploration here would be a pollution disaster for communities that depend on it and for wildlife. It could also become a major new source of civil unrest in an already unstable country. Given that the 1998-2003 Congo War and its aftermath killed more people than any conflict since World War II, everything possible should be done to avoid conflict in Congo.

The Congo government is reportedly auctioning exploratory oil drilling rights across an immense area on July 28 and 29. Of the 16 blocks on sale, nine are in the “central basin” rainforest region, covering roughly 59 million acres of land. That’s more land than the states of New York and Maine combined. This is a hastily arranged sale, probably driven by Congo’s coming presidential election and a hope of attracting oil companies with windfall profits driven by the Ukraine war.

Four of the rainforest blocks, by my estimate, include about 2.5 million acres of peat swamp forest. This waterlogged ecosystem was first identified, by a team I led, as the world’s largest tropical peatland in 2017. The peat stores colossal amounts of carbon, equivalent to three years’ worth of the world’s carbon emissions from fossil fuel use.

Commercial hunters find reaching the waterlogged swamps difficult, so these peat swamp forests remain havens for wildlife. But oil prospecting requires the systematic cutting of thousands of miles of corridors to transport seismic survey equipment. If cut, these corridors will open up every part of the forest, with hunters and then illegal loggers following, dooming this natural sanctuary for wildlife.

It is unclear whether there really are substantial oil deposits beneath the Congo rainforest; if there is enough usable oil, it is also unclear whether getting it from such remote environments to global markets is economically viable. Yet, even if the initial survey revealed no commercial-scale oil deposits, the rainforests’ biodiversity value would still be destroyed.

Once accessible and degraded, the rainforests would most likely succumb to rampant deforestation, increasing carbon emissions. In the peatlands, this disturbance would begin the release of carbon from the peat: up to 5.8 billion tons from the oil concession areas.

If oil production turns out to be viable, new dangers will surely follow. Data from drilling in the Peruvian Amazon rainforest gives an indication of what could happen. Bringing oil to the surface produces three barrels of toxic wastewater for every barrel of oil. In the Peruvian Amazon, this is most likely poisoning wildlife and people. In one study, 98.6 percent of children living in an oil production zone exceeded the safe limits for the cancer-causing heavy metal cadmium in their blood.

Oil drilling would be particularly damaging in the peatlands, where everything is connected by water. Oil spills and wastewater from drilling could destroy biodiversity, pollute vast areas and poison the water, fish and other natural resources upon which local people depend.

This is certainly dystopian, but Nigeria’s Niger Delta provides a case study of the wider impacts of drilling for oil in a country with weak governance and high levels of poverty. Here, where Shell and others extract oil and gas under heavily armed guard, oil spills are common. They have left many people, whose livelihoods rely on the land and the water, destitute in a shockingly polluted landscape. (Shell has denied responsibility for any of the spills.) Naturally, there is continuing resistance to this exploitation, including protests, international court cases and armed militants repeatedly sabotaging oil production.

The potential financial payoff for drilling in the Congo rainforest is also becoming increasingly unlikely. The plummeting cost of renewable energy and climate policies to cut the use of fossil fuels are beginning to wean the world off oil. More than one in 10 new cars sold globally in 2021, for example, were electric, double the number sold in 2020. Any oil development in Congo’s rainforest is likely to one day be a “stranded asset.”

The predicament for Congo’s government is obvious. As one of the world’s poorest countries, it needs exports to gain revenue. But opening oil development in the center of the country could create a new region of civil unrest, adding to the long-term armed conflict in the east, potentially destabilizing the whole country.

Is there another way? Yes. Congo has major reserves of extremely valuable metals like cobalt needed for the global energy transition. Well-regulated mining that pays tax can bring the country dependable revenue in the 21st century, without oil.

More broadly, alternative approaches to oil development exist. Congo should map forest-dwellers’ lands and give them rights to those lands, using the community forest model. Then cut off the drivers of deforestation in line with making a prosperous country. Charcoal for cooking is one source of deforestation, and the charcoal is a major health hazard. Moving to cooking on electric stoves, powered by solar energy, solves both problems and is now price competitive.

The international community should also work with Congo to make it lucrative to keep rainforests standing. Payments to local people with land rights in exchange for agreements to keep protecting their forests can fund development without environmental destruction.

Some progress is being made. The Central African Forest Initiative, a donor group that includes France, Germany, Norway and Britain, signed a $500 million agreement with Congo at last year’s COP26 climate talks to protect its forests and peatlands. But if the oil is developed, the credibility of this flagship plan for protecting the world’s second-largest rainforest will lie in tatters.

Senior officials in donor countries, including the United States, should call their counterparts in Congo to explain how disastrous this plan to drill for rainforest oil really is. At a minimum, they should insist on commissioning and publishing an independent impact assessment of the plan before a decision to sell any oil exploration rights. This would provide the people of Congo with robust information about their resources to aid a national conversation on how the country should develop.

If the world is to cut carbon dioxide emissions to net zero by 2050 and stabilize our climate, no investments in new fossil fuels should be made anywhere. Given how vulnerable Congo is to climate impacts, it ought to be a champion of this. The oil exploration auction at the end of the month should be canceled.

Simon Lewis is a professor of global change science at University College London and the University of Leeds. | https://www.nytimes.com/

America's last wilderness is about to go to the highest bidder for oil drilling.

I led the US lawsuit against big tobacco for its harmful lies. Big oil is next