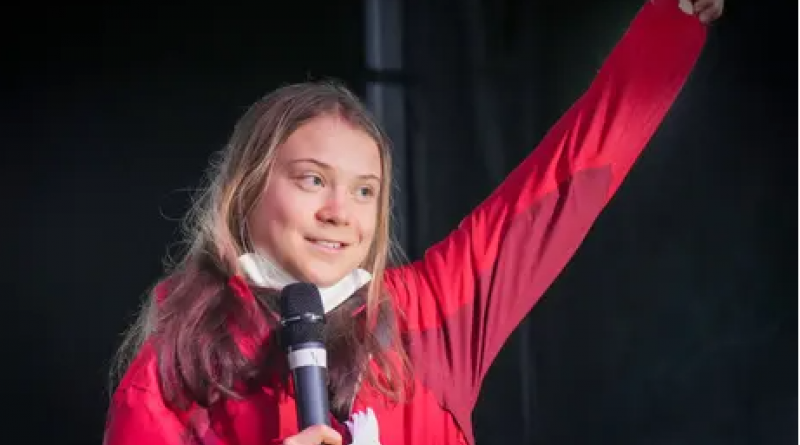 Greta Thunberg and youth climate activists from around the world are filing a legal petition to the UN secretary-general urging him to declare a “system-wide climate emergency”.

As Cop26 enters its final days, climate campaigners were due to file a legal document on Wednesday calling on António Guterres to use emergency powers to match the level of response adopted for the coronavirus pandemic by pronouncing the climate crisis a global level 3 emergency – the UN’s highest category.

As well as the Swedish climate campaigner – who on Friday declared Cop26 “a failure” and a “greenwash festival” as she called for drastic annual emissions cuts addressing protesters in Glasgow – the group of 14 includes Ranton Anjain and Litokne Kabua from the Marshall Islands, Ridhima Pandey from India, Alexandria Villaseñor from the US and Ayakha Melithafa from South Africa.

They hope that an emergency declaration would result in resources and technical expertise being rushed to countries most at risk from global heating, particularly small island states and developing countries, to support climate change adaptation, analysis of climate science and public health responses.

It is understood that the UN has already seen a draft of the petition and that a level 3 emergency is under discussion, but a spokesperson for the secretary-general’s office declined to comment on whether it may be implemented.

In an advanced draft of the petition, seen by the Guardian, the activists call on the secretary-general and other UN agencies to “mobilise a UN comprehensive response to the climate emergency”. They also urged them to appoint a crisis management team to “oversee immediate and comprehensive global action on climate”.

Citing the action taken by Guterres and the Inter-Agency Standing Committee (IASC), the UN’s humanitarian coordination forum, in response to Covid-19, they argue: “The climate emergency – which threatens every person on the planet into the foreseeable future – is at least as serious a threat as a global pandemic and similarly requires urgent international action.”

Scott Gilmore, a human rights lawyer at the law firm Hausfeld and lead counsel on the case, said an emergency declaration could lead to the creation of a special body, or a “climate tsar”, to coordinate efforts across UN agencies.

He said: “That’s one of the great lessons that was learned from the Covid response. The World Health Organization was tasked with leading the response but they were given the organisational support and an infrastructure within the United Nations.

“The secretary-general has really taken the lead over the past few years on pushing states to declare national climate emergencies,” he added. “The UN has not taken that step yet. The view of the petitioners in this case is that now is the time.”

It comes after the same group had a landmark case, in which they argued that countries perpetuating the climate crisis violate their human rights, rejected by UN children’s rights body, the Committee on the Rights of the Child, last month.

In their latest legal action, they argue that a UN comprehensive response is needed because “climate action must not stop at state borders” and to address the “fundamental inequities of climate change”.

They also say it is needed to show the world’s youth that the UN has “not abandoned us to a grim future”.

She said: “The UN has shown us it’s capable of mobilising against imminent global threats, and the climate crisis is the greatest global threat ever known to humanity …We are quickly running out of time to protect children and future generations, and we’re demanding adults step up right now and rally a critical global response to the climate crisis.”

Stéphane Dujarric, the secretary-general’s spokesperson, said: “The secretary-general, as chair of the CEB [the UN System Chief Executives Board for Coordination], has made it clear that the whole of the organisation is mobilised to push for greater and verifiable climate action from member states and the private sector, as well as pushing to address inequalities, disinformation and lack of solidarity.”