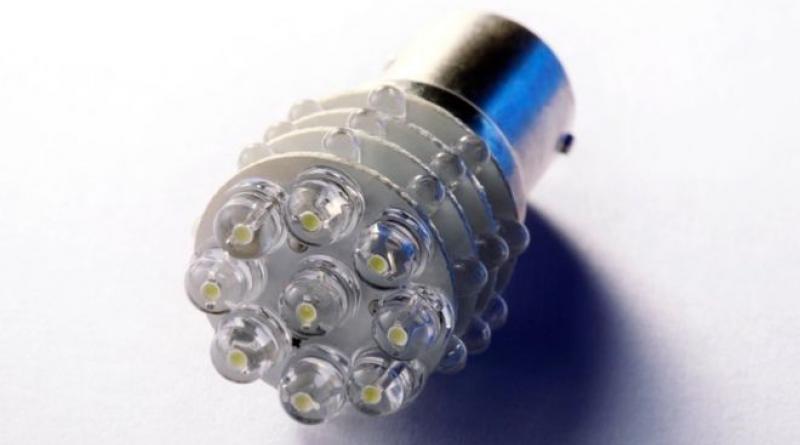 Installing a single low-energy LED bulb may make a trivial contribution to cutting the carbon emissions that are overheating the planet.

But if millions choose LEDs, then with a twist of the collective wrist, their efforts will make a small but significant dent in the UK's energy demand.

Studies show making products more efficient has - along with other factors - already been slightly more effective than renewable energy in cutting CO2 emissions.

The difference is that glamorous renewables grab the headlines.

The "Cinderella" field of energy efficiency, however, is often ignored or derided.

Provisional calculations show that electricity generation in the UK peaked around 2005. But generation per person is now back down to the level of 1984 (around 5 megawatt hours per capita).

How much carbon has been reduced?

It’s widely known that the great switch from coal power to renewables has helped the UK meet ambitions to cut carbon emissions.

The report says the use of renewables reduced fossil fuel energy by the equivalent of 95 terawatt hours (TWh) between 2005 and now. And last year renewables supplied a record 33% share of UK electricity generation.

But in the meantime, humble energy efficiency has contributed to cutting energy demand by 103 TWh. In other words, in the carbon-cutting contest, efficiency has won – so far. And what’s more, efficiency is uncontroversial, unlike wind and solar.

What role has industry played?

The energy efficiency story doesn’t just apply to households. There have been major strides amongst firms, too. Big supermarkets have worked hard to improve the performance of their lighting and refrigeration.

And because firms and individuals are using less energy, that has offset the rise in energy prices. So whilst the prices have gone up, often bills have gone down.

The issue is complicated, though. Other factors have to be taken into account, such as energy imported via cables from mainland Europe, population growth and shifts from old energy-intensive industries.

Should 'Cinderella' efficiency be allowed to shine?

Simon Evans from Carbon Brief told BBC News: “Although the picture is complex it’s clear that energy efficiency has played a huge role in help the UK to decarbonise – and I don’t think it’s got the recognition it should have.

"Say you change from a B or C-rated fridge to an A++ rated fridge. That can halve your energy use from the appliance, so it’s pretty significant.”

The UK government has consistently said it champions energy efficiency, but campaigners say it could do more. The UN’s climate body also supports energy efficiency as a major policy objective, although the issue features little in media coverage.

But supporters of efficiency argue that ratcheting up efficiency standards for everything from planes and cars to computer displays and freezers offers the best-value carbon reductions without the pain of confronting the public with restrictions on their lifestyle choices.

Joanne Wade from the Association for Conservation of Energy told BBC News: “I haven’t seen these figures before but I’m not surprised.

“The huge improvement in energy efficiency tends to be completely ignored. People haven’t noticed it because if efficiency improves, they are still able to have the energy services that they want. I suppose I should reluctantly agree that the fact that no-one notices it is part of its appeal.”

Scientists will be keen to point out that government-imposed energy efficiency is just one of a host of cures needed to tackle the multi-faceted problem of an overheating planet.