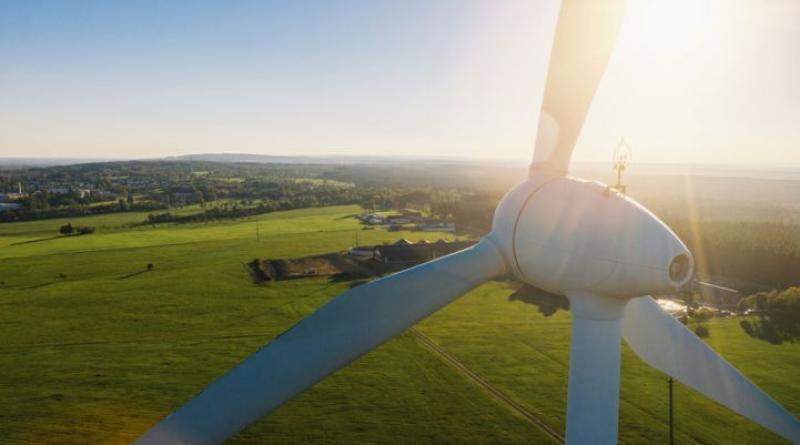 The deal represents an upgrade to New York’s Reforming the Energy Vision program, and was positioned as a fight against “the Trump administration’s assault on the environment.” The Green New Deal has resulted in a flurry of further clean energy-related announcements.

Here are three significant "green" news items to come from the Empire State in recent days.

NYPA, the largest state public power organization in the U.S., responded to Cuomo’s announcement by signing its first large-scale clean energy deal: a 20-year power-purchase agreement for 290 megawatts of wind.

"It's the first major procurement in our large-scale renewable energy program," said Marie Berninger, director of business development at NYPA, in an interview. "We expect and hope to do more of this."

The energy will be sourced by Invenergy's Canisteo Wind Project for a bundled price, including energy, capacity and renewable energy credits. The project is slated to enter operation by the end of next year in Steuben County in southwestern New York state.

The wind farm is expected to generate 140 construction jobs, 300 indirect positions and around $2.5 million a year in tax payments, NYPA said in a press announcement.

The Canisteo project was one of 19 originally selected for a New York State Energy Research and Development Authority (NYSERDA) award in a second series of annual procurements to develop large-scale renewable projects under the state’s Clean Energy Standard.

“The Canisteo contract will allow NYPA to deliver cost savings and price stability to its customers, who will continue to have the opportunity to enter into bilateral agreements for energy, capacity and renewable energy credits from the Canisteo Wind project,” NYPA said.

New York’s top clean energy agency is working to facilitate one of Cuomo’s biggest renewable bets, offshore wind, with two multiyear contracts to study the meteorological and oceanographic conditions in the waters off the Atlantic coast.

The NYSERDA announcement comes after Cuomo targeted a 9-gigawatt offshore wind build-out by 2035 within his Green New Deal.

NYSERDA plans to install meteorology and oceanography (metocean) light detection and ranging (lidar) systems on buoys 20 miles from the shore in the New York Bight.

The lidar systems will be deployed for two years, potentially in multiple locations, to measure environmental data such as turbine hub-height wind speed and direction and wave and current measurements.

Metocean characterization of the wind, wave and ocean currents will help increase certainty of development conditions and should speed project layout, turbine siting and engineering processes.

Con Edison gears up for the electric age

The cash earned through the bill increases would go toward a cumulative 30 megawatts of charging infrastructure, enough for around 64,000 electric vehicles, as well as energy storage on six company properties.

The utility is seeking a further $210 million for the natural-gas delivery system. This would equate to an increase of 10.9 percent in the average monthly bill for a residential customer using 100 therms per month.

“Our proposal will build on the progress we have made in putting tools in the hands of our customers to help them manage their energy usage,” said Tim Cawley, president of Con Edison, in a press release.

Fast food giants under fire on climate and water usage