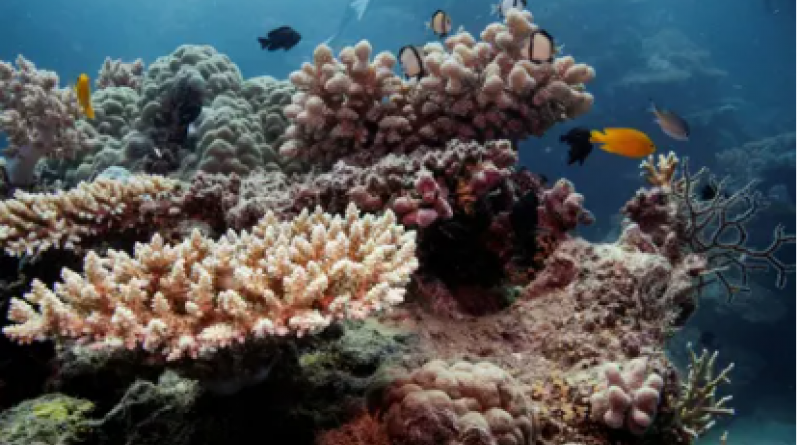 Environment campaigners say the Morrison government’s attempt to remove the reference to 1.5C is ‘hugely significant’ and ‘bewildering’

Australia is trying to block a UN recommendation that countries should try to keep global heating to 1.5C to protect world heritage sites from the impacts of the climate crisis.

The Morrison government has also told Unesco major decisions about world heritage-listed places being damaged by climate change – which would include the Great Barrier Reef – should be put on hold.

The government’s lobbying efforts are revealed in amendments sent to Unesco on a new climate change policy for world heritage sites scheduled for discussion at a meeting in Paris in two weeks.

A draft version of the policy recommends countries take a precautionary approach “that pursues pathways limiting global heating to 1.5C, with no or limited overshoot”.

Australia says that reference to 1.5C should be struck out, and replaced with a more generic statement about the importance of the Paris climate agreement. In the document, Unesco recommends that the meeting ignore Australia’s recommendation.

Reef campaigners described the government’s intervention as “reprehensible” and difficult to comprehend, as it appeared to contradict government advice on the need to keep global heating to 1.5C to protect the reef. The 1.5C goal has been a focus of global climate talks in Glasgow over the past fortnight.

A spokesperson for the federal environment minister, Sussan Ley, said the government was not trying to block references to 1.5C, but was trying to ensure climate policy was directed through the UN’s climate convention.

The move is the government’s latest attempt to keep the tourism icon and ocean jewel off an official list of world heritage sites in danger.

Earlier this year, the Australian government launched a fierce international lobbying effort to stop the world heritage committee from placing the reef on the list. The government hosted diplomats for a snorkelling trip on the reef while Ley flew to Europe to lobby committee members and Unesco.

In July, the 21-country committee ignored recommendations from UN advisers to list the reef and instead called for a UN monitoring mission to report back before the annual meeting of the committee in Russia next year.

There are 1,154 sites on the world heritage list, which is part of a UN convention to protect places “considered to be of outstanding value to humanity”.

The convention’s climate policy has not been updated since 2007, but about a third of more than 250 places listed for their natural significance – including the Great Barrier Reef – are considered under threat from rising temperatures, extreme weather events and increased sea levels.

Elsewhere in the amendments document, Australia says any major decisions relating to world heritage sites being affected by the climate crisis should be “deferred” until disagreements can be resolved and guidelines are updated. Unesco says clear guidelines already exist.

The Australian government has previously argued the world heritage convention should not be a vehicle for shaping climate policy, which should be left to the UN’s climate convention.

A section of the policy recommending countries integrate their management of world heritage sites into their plans to tackle the climate crisis is also rejected by Australia.

Imogen Zethoven, a reef campaigner working on world heritage issues, said Australia’s attempts to change the policy showed the Morrison government was “prepared to sacrifice the Great Barrier Reef to keep the coal and gas industry alive for as long as possible – its position is reprehensible to anyone who loves the reef”.

She said: “The Morrison government needs to be honest with the Australian public and tell them that it is comfortable with losing the Great Barrier Reef.”

The government’s Great Barrier Reef Marine Park Authority said in a 2019 position statement “there is growing recognition that limiting the increase in global average temperature to 1.5C and ideally less, is critical to minimise significant environmental and societal costs from the loss of reef habitats.”

Coral reefs are considered one of the world’s most vulnerable ecosystems to rising ocean temperatures.

Zethoven said the government was trying to assert there was a lack of clarity about whether to inscribe a site on the “in danger list” due to climate change.

“But the rules are very clear,” she said “If a site such as the Great Barrier Reef is endangered, whether by climate change or any other threat, it should be inscribed. The government is trying to create a smokescreen to avoid having to take action”.

Richard Leck, head of oceans at WWF Australia, described Australia’s attempts to remove the reference to 1.5C as “hugely significant” and “bewildering”.

“Australian officials trying to delete a reference to 1.5C is not only inconsistent with well-established science, but also with the government itself. It is very hard to understand why the Australian government is looking to have this language removed.”

Leck said if the convention’s climate policy was “not updated to reflect the most ambitious targets possible” then the “relevance of the convention going forward is undermined”.

“WWF will make its position clear to the government and to the Unesco general assembly later this month,” he said.

He said the government’s position was that Unesco’s climate policy should be embedded in its operational guidelines “to ensure consistent and transparent decision-making across all climate affected world heritage properties”.

The statement said: “Our approach with the two amendments we proposed to this paragraph was to ensure that the policy document was fully aligned to the Paris agreement.”

The statement said the government “actively recognise and support the importance of traditional knowledge and Indigenous science in adaption and resilience” but suggested the reference be removed because the UN’s climate convention was the body with the mandate to consider what constitutes climate-related technology.

US plans to protect thousands of miles of coral reefs in Pacific and Caribbean.

Embrace what may be the most important green technology ever. It could save us all

Melting point: could ‘cloud brightening’ slow the thawing of the Arctic?