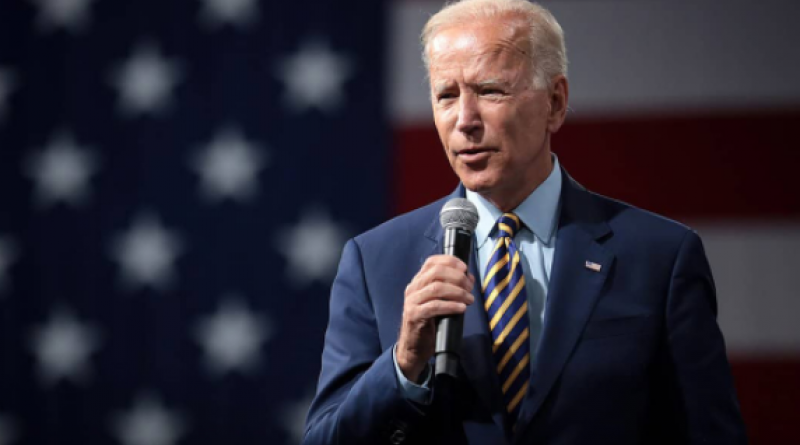 ABU DHABI, 20th May, 2021 (WAM) -- The Biden Administration’s ambitious plans to scale up renewable energy in the U.S. will have a wider impact on the energy landscape in the Middle East, especially in the Arabian Gulf, according to the top official of a global body, experts and major industry players in the region.

Talking to Emirates News Agency (WAM) about Biden’s plan to make the U.S. a 100 percent clean energy economy with net-zero emissions by 2050, Francesco La Camera, Director-General of International Renewable Energy Agency (IRENA), said such efforts are likely to encourage "incredible regional progress" as Middle East has a profound opportunity to maximise its renewable energy resources and become a net-exporter of renewable power and fuels in the future.

Meanwhile, an expert expects that the U.S. plan will influence the technological development in the Middle East’s renewable energy sector. The industry players such as Masdar, Abu Dhabi Future Energy Company, and Siemens Energy Middle East not only expect a fillip to the renewable energy industry but also look forward to business opportunities in the U.S. to be opened by the latest initiative.

In his first 100 days in office, President Biden took sweeping steps to build a new American infrastructure and clean energy economy that will create millions of new jobs. The President issued an executive order announcing bold targets to achieve a carbon pollution-free power sector by 2035 and put the United States on an irreversible path to a net-zero economy by 2050, according to a White House statement.

These initiatives were widely discussed in "the First 100 Days Reporting Programme" run by the International Centre for Journalists, a non-profit organisation based in Washington, DC.

Participants in the programme included around a dozen journalists from media outlets across the globe, including Emirates News Agency, WAM.

The IRENA chief said, with Biden’s clean energy push, "It is likely that climate and energy transition issues become increasingly important areas for cooperation and diplomacy between the U.S. and the countries of the Gulf region."

"Like the U.S., many countries in the region have a positive view of the economic opportunities presented by the energy transition and they are making very positive moves to compete for a share of this future," La Camera observed.

"We are already seeing both the United Arab Emirates and Saudi Arabia making very positive moves to redefine their energy leadership in a decarbonised age, and this will only strengthen as the future for hydrocarbons becomes less certain," he noted.

There is also incredible regional progress in countries such as Morocco, Egypt, Jordan and all the others, the IRENA Director-General pointed out.

"I believe the Middle East has a profound opportunity to maximise its renewable energy resources and become a central player and potentially a net-exporter of renewable power and fuels in the future. Efforts to realise this will strengthen through the course of the decade," La Camera said.

An industry expert told WAM that Biden’s plan would likely to influence the technological development in the Middle East’s renewable energy sector.

"The Middle East, the Gulf countries in particular, look to the U.S. for guidance when it comes to technological developments," said Frank Wouters, Director of the EU-GCC Clean Energy Network, a European-Union funded initiative for EU-GCC strategic clean energy cooperation.

"Investments in technology, a traditional strong point of the US economy, will pay international dividends," said the director of the EU-GCC Clean Energy Network.

Biden Administration’s American Jobs Plan, as part of building a new American infrastructure and clean energy economy, is expected to spur investments in research and development as well.

American Jobs Plan is an investment in America that will create millions of good jobs, rebuild the country’s infrastructure as it promises to build, rehabilitate, and retrofit more than two million homes across the country while also improving federal facilities, according to the White House.

This effort will create new domestic manufacturing opportunities for electric heating and cooling technology, invest in research and development to spur smart building advances, and forge collaborations that will enable buildings to be powered by clean electricity.

"In the U.S., we have significant projects in Texas, California and elsewhere. We expect to build on the appetite for renewable energy growth. Joe Biden’s Build Back Better initiative also offers significant opportunities to expand throughout the U.S. in many sustainability sectors," he explained.

Build Back Better is President Biden’s three-part agenda to rescue, recover, and rebuild the country, which includes three plans named the American Rescue Plan, the American Jobs Plan and the American Families Plan.

Opportunities in US$ 2 trillion initiative

The Masdar CEO continued that the US$2 trillion initiative is a once-in-a-century capital investment in America to enhance the current infrastructure and make targeted investments in clean energy, to reduce pollution by decarbonising the power grid, jumpstarting the deployment of electric vehicles and reducing the energy usage in buildings and cities.

"We fully expect that a programme of this size and scope will provide a number of opportunities for us, and will help us build on already strong partnerships in the U.S. with industry leaders like EDF and Akuo Energy," said Al Ramahi whose company is one of the fastest growing renewables companies in the world with a footprint in more than 30 countries.

"We have more than doubled the capacity of our renewable energy portfolio within the last two years alone, investing or committing to invest in projects with a combined value of US$20 billion and a generation capacity close to 11 gigawatt (GW) with various business partners," he explained.

Likewise, Siemens Energy looks forward to collaborating with the U.S. government and providing its customers with the energy technology to help implement their plans and meet their ambitious targets, Dietmar Siersdorfer, Managing Director of Siemens Energy Middle East, told WAM.

"We have several hydrogen pilot projects in the U.S. that are preparing us to integrate large amounts of hydrogen into the grid in the future. These projects have received the U.S. Department of Energy (DOE) funding, so it demonstrates our collaboration with the U.S. government to enable the energy transition," Siersdorfer explained Green hydrogen is increasingly viewed as an extremely important role to play in the decarbonisation of energy systems, he noted.

Green hydrogen is a very efficient energy carrier that can decarbonise sectors and applications which cannot be easily electrified with renewable electricity, the executive said.

"These can range from the transportation industry to industrial applications, to energy exports. We are seeing a lot of attention for green hydrogen and its applications across the Middle East as well," Siersdorfer pointed out.

Gas technologies will play a fundamental role in energy transition to balance the fluctuating supply of renewable energy and stabilise electricity grids, he observed.

"Furthermore, gas turbines are a sustainable investment, running with natural gas now and with carbon-neutral hydrogen in the future," Siersdorfer said.

About the wider global impact of Biden’s clean energy plan, the IRENA chief said, "In a global context, I would also expect U.S. ambition to encourage further commitments from countries that are yet to step forward with updated Nationally Determined Contributions (NDCs) and 2050 goals.

"While countries accounting for around 70 percent of global emissions are now committed to net-zero by 2050, the key to success lies in collective action. All parties must come forward with ambition that exceeds all previous commitments," La Camera suggested.

About the domestic significance of Biden’s plan, the IRENA Director-General pointed out that the Biden Administration’s position on energy is very clear.

"A reduction of greenhouse gas (GHG) emissions by 50-52 percent of 2005 levels by 2030 and a fully decarbonised power system by 2035, which will undoubtedly include a significant scaling up of renewable energy deployment nationwide."

"As President Biden said this is an agenda for American growth and American jobs, as well as climate mitigation," La Camera said.

Environmental and economic objectives together

"The President has put these environmental and economic objectives at the heart of his plan, and I believe it will deliver positive returns. The U.S.A. already has more than 750,000 people employed in renewables and solar photovoltaic (PV) installations jobs are among the fastest growing jobs in the country," the IRENA chief explained.

In this regard, Masdar CEO added that the U.S. aim to cut GHG by 50-52 percent by 2030 is an ambitious goal, and sets the benchmark for other nations.

"It shows how seriously the U.S. is taking the issue of climate change, and we hope to see other countries, developed and developing, follow suit. After all, the green dividend from infrastructure investment, through initiatives like Biden’s Build Back Better, has the potential to transform our world," Al Ramahi emphasised.

"This will require international collaboration across many fields, from policy to technology to trade, and will require steadfast leadership," he said.

The Real Reason The Middle East Is Pivoting Towards Renewables.

As solar energy rises in the Middle East, will the sun set on the oil & gas sector?