Climate change: What can I do about it and other questions. 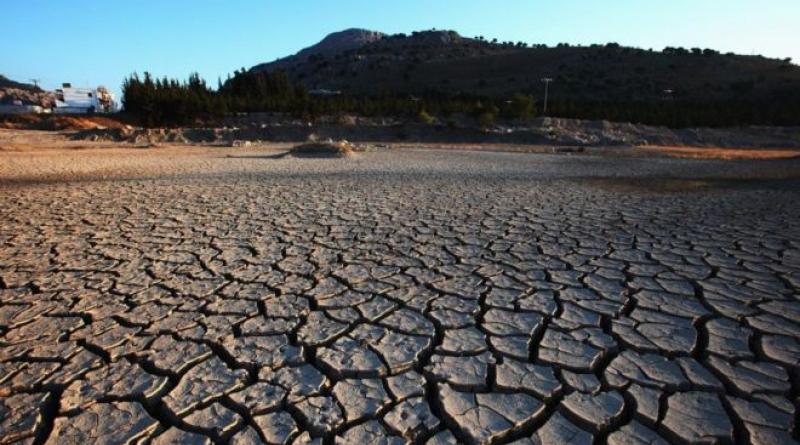 "The moment of crisis has come" in efforts to tackle climate change, Sir David Attenborough has warned.

He spoke as BBC News launched a year of special coverage on global warming.

Here are our answers to a range of readers' questions.

What are the most important things people can do? - Maureen Watt, Livingston, Scotland

Climate change will need to be tackled by governments worldwide, through measures like the 2005 Kyoto Protocol. This brought nations together for the first time in a single agreement on tackling climate change.

But everyone has a carbon footprint. This is the amount of greenhouse gases like carbon dioxide - which contributes to global warming - released into the atmosphere by people's actions.

This can be reduced in a number of ways. According to a recent report by a group of international scientists, transport is responsible for 34% of a household's carbon footprint in high-income countries like the UK. The report calls for a major programme of investment in the rail and bus network, with lower ticket prices and investment in safer cycling.

Home heating presents another challenge and opportunity. It is responsible for 21% of a household's carbon footprint.

This could be cut by turning down the thermostat, having better-insulated houses and changing to low-carbon heating systems.

According to the United Nations, the current world population is about 7.7 billion and could reach 9.7 billion in 2050.

This population growth drives higher demand for food, greater energy consumption and more competition for resources. And it increases the production of the gases that cause global warming. 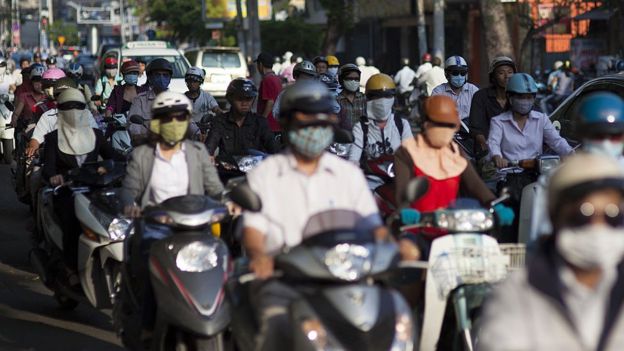 And a recent major study, by a global group of 11,000 scientists, concluded that the world needs to stabilise its population.

The study has attracted quite a deal of controversy, but its authors say such action is needed if the world is to avoid what they call "a catastrophic threat" from climate change.

However, not everyone agrees about the impact population growth has on climate change. Some argue, for example, that a focus on reducing individual carbon footprints would be a much effective strategy than seeking to stabilise population growth.

Is a plant-based diet one of the best steps you can take? - Sophie Hill, Astwood Bank, Worcs

It is estimated that 26% of global emissions come from food and more than half of this from animal products.

This is because producing food from animals uses more resources than food from plants. Cows and sheep also produce methane - a greenhouse gas.

According to a 2019 report by UN experts, switching to a plant-based diet can help fight climate change.

They said that more people could be fed using less land if individuals cut down on eating meat. But they stopped short of advising people to become vegan or vegetarian. 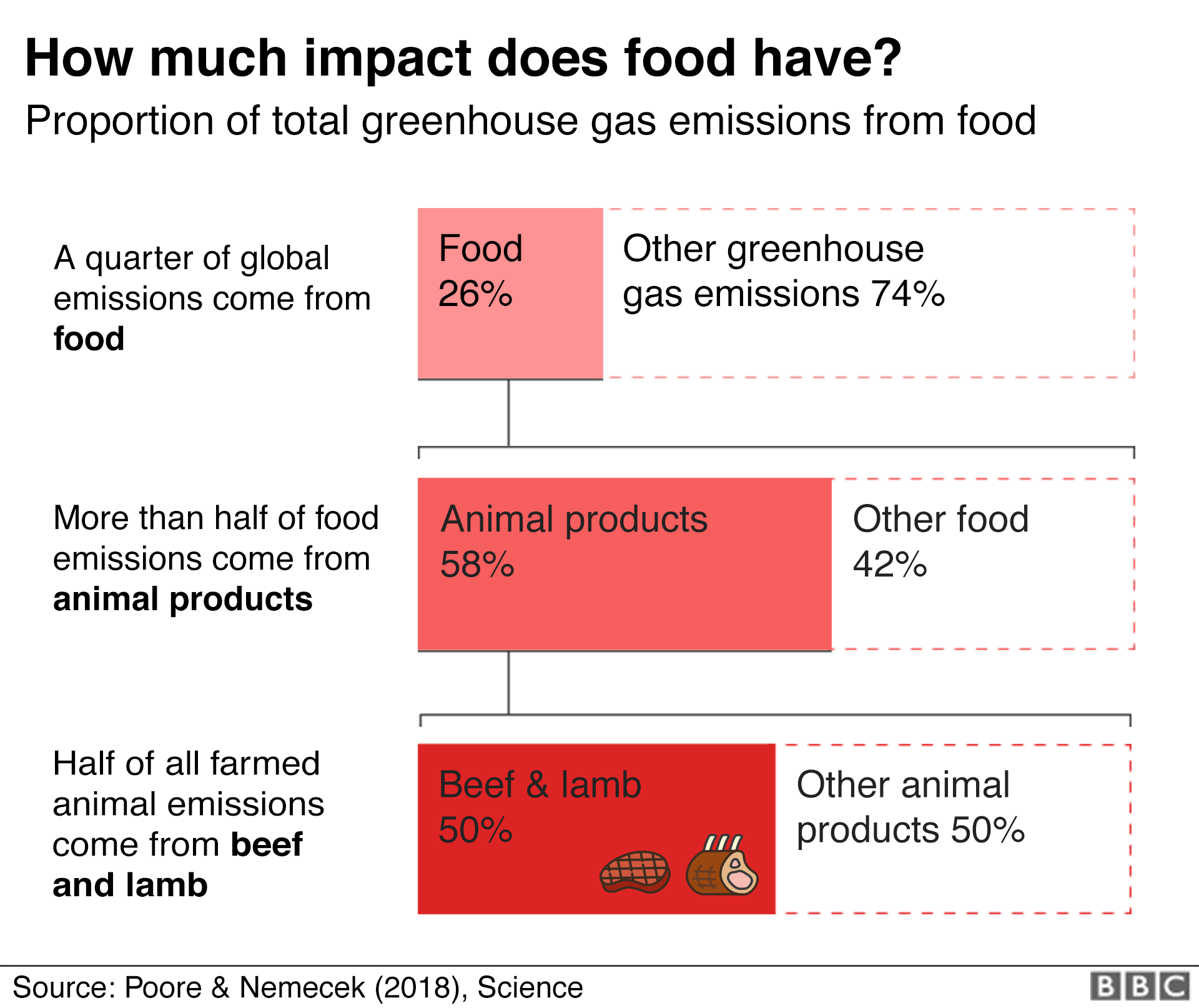 And a University of Oxford study found that if everybody on Earth cut meat and dairy from their diet, there could be a 49% reduction in greenhouse gas emissions from food production.

What can we do about other, bigger countries not adopting green practices? - Christina Dudley, Beenham, Berks

China and the US are the world's largest emitters of CO2, responsible for 16 megatonnes between them a year.

In terms of emissions per head of population, the picture is different. The US is still near the top, with 15.53 tonnes. But the UK (5.99 tonnes) is only slightly behind China (6.59 tonnes).

So what can a smaller country, like the UK, do to exert pressure for change? 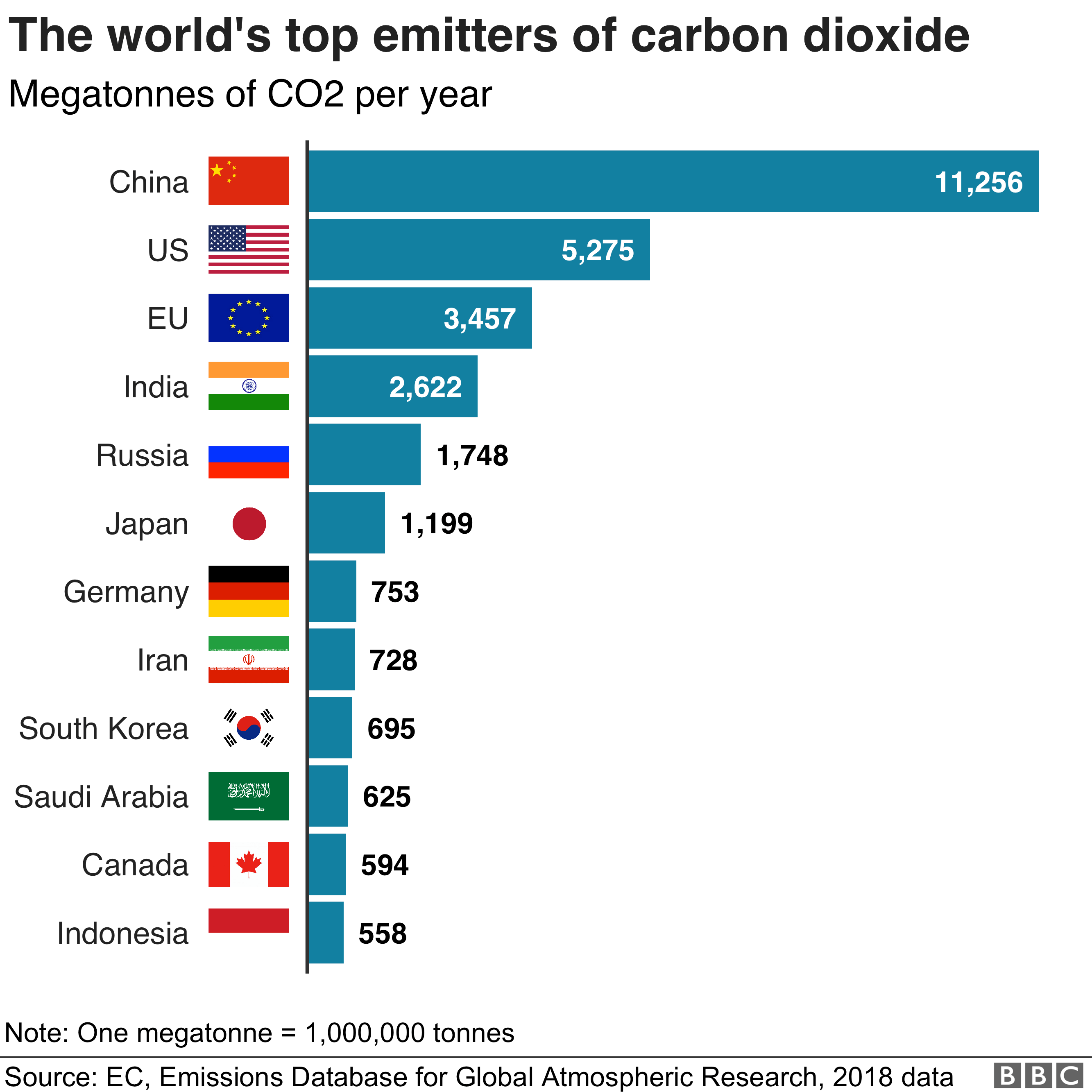 On an individual level, consumers could decide to seek out "green" products and boycott ones from more polluting parts of the world, says Alyssa Gilbert, climate policy director at Imperial College London.

There is also an opportunity for the UK to come up with innovative ideas that larger countries might adopt, Ms Gilbert suggests.

"As a country we are small and nimble, so we can pilot ideas around technology and policy in the hope that we can export them to other countries", she says.

At government level, the UK can also use diplomacy, as well as international aid, to bring about change.

Why are we not capturing and using the greenhouse gases already in our atmosphere? - Jonathan Miller, Cornwall

Carbon capture, to remove and store greenhouse gases, already happens naturally. All plants and trees take carbon dioxide from the atmosphere and groundwater.

So, planting trees is seen as an important weapon in the fight against global warming.

The UK's Committee on Climate Change (CCC) says significant rises in tree planting "need to happen quickly" if other targets to cut carbon are not met.

It says 30,000 hectares of woodland should be planted annually, more than double the new trees planted in 2018.

The UK government says it is committed to planting 11 million trees by 2022. 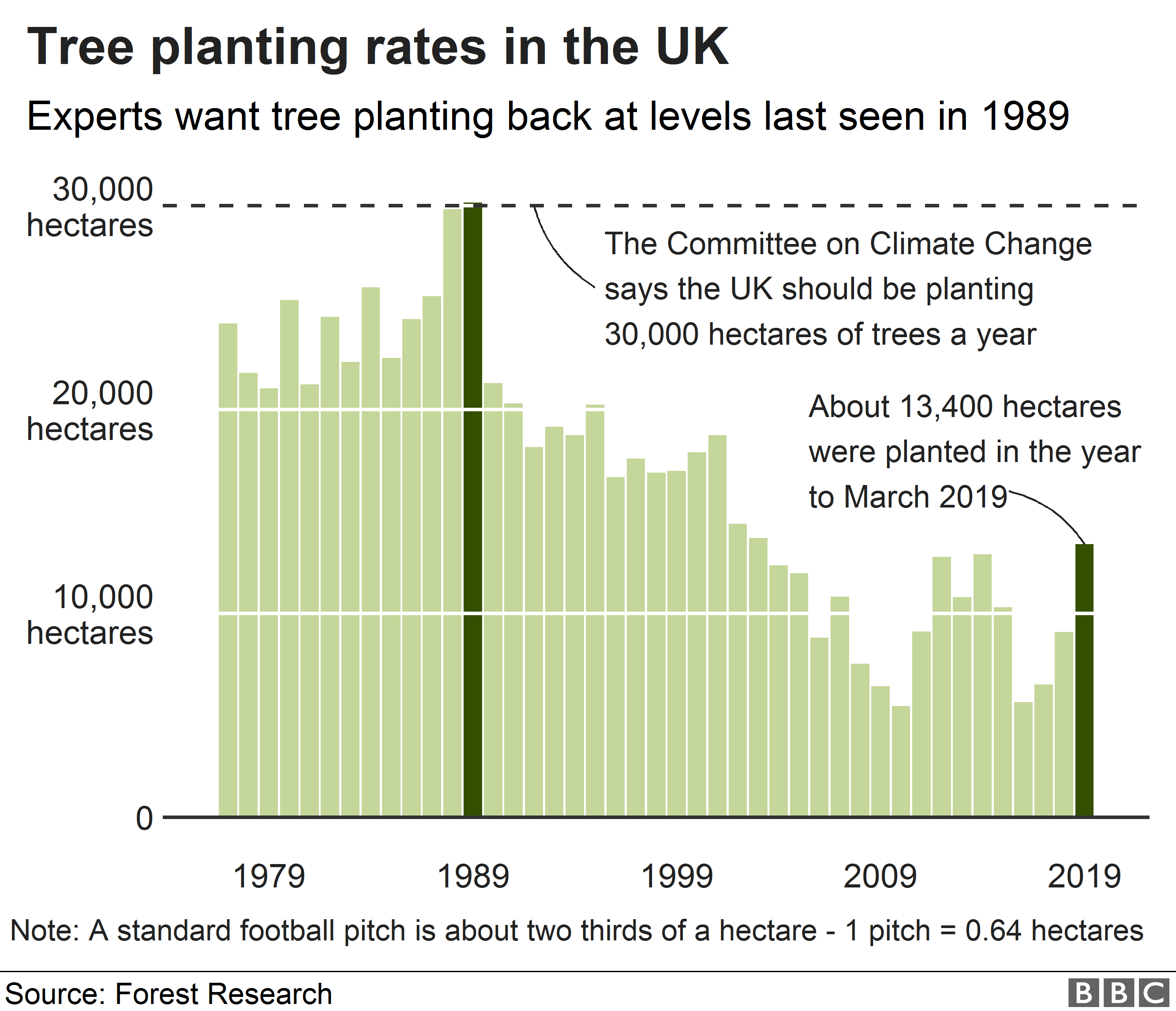 In February 2019, the Drax power station in North Yorkshire, became the first in Europe to capture carbon dioxide (CO2) from wood-burning.

Another approach, currently being offered by a company in Switzerland, is topull carbon dioxide directly from the air. This gas can then be sold for other purposes, like being used to grow vegetables in hi-tech greenhouses.

But schemes like these are, as yet, relatively few and small-scale.

Climate change: Where we are in seven charts and what you can do to help.