Elephants or avocados: a Kenyan dilemma. 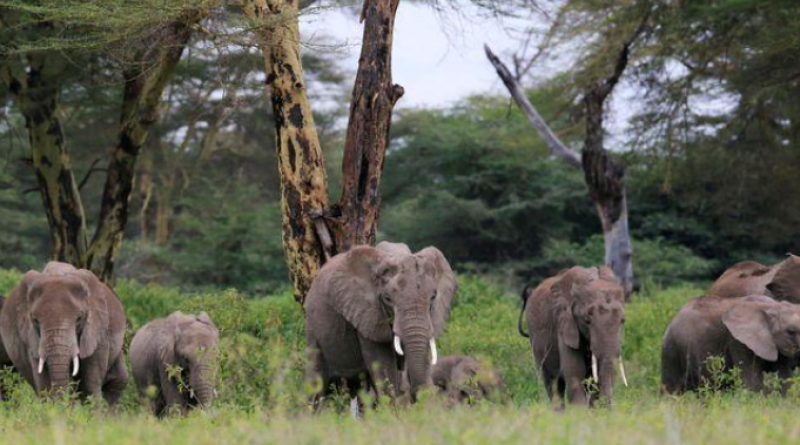 Yet the free movement of some 2,000 Amboseli elephants, along with two dozen other wildlife species plus cows owned by local Maasai people, may be under threat - from avocados.

Kenyan agricultural company KiliAvo Fresh Ltd, which has farms near Amboseli on nearly 175 acres of land, is building nurseries and preparing to grow the fruit, whose popularity is growing worldwide due to its high nutritional value.

They say the plans and an electric fence on the farm will block the crucial Kimana Wildlife Corridor where elephants move between Amboseli, the Tsavo and Chyulu Hills parks, and strangle one of the region’s most beloved and important safari parks.

In a dispute illustrating the global tussle for shrinking resources from Africa to the Amazon, KiliAvo said it obtained the land legally then received government approval in mid-2020 to begin work after presenting an Environmental Impact Assessment (EIA).

“Local people here all know the project and they are happy because it’s another source of employment and of making their land have value,” KiliAvo shareholder and farm manager Jeremiah Salaash told Reuters.

However, the National Environment Management Agency ordered work halted last September and said it wanted to revoke the EIA. KiliAvo has challenged that in Kenya’s environmental tribunal, where the case is pending, according to CM Advocates LLP, the law firm representing them.

The agency’s acting director general Mamo Mamo told Reuters it initially approved the EIA because of the project’s endorsement by the Amboseli Ecosystem Trust, a coalition that includes community groups and government representatives, but changed its position when the Trust withdrew approval.

With ideal conditions for growing the fruit, Kenya’s avocado export revenues surged 33% to 14 billion Kenyan shillings (about $127 million) in the year to October 2020, government data shows.

As impressive as that growth rate is, such money pales in comparison to tourism, which raked in $1.6 billion in 2019. Squeezing the elephants could hit their population, conservationists say, harming a national heritage and also prejudicing the tourism trade so many people depend on.

“We can’t just say to the elephants: ‘Would you mind not going that way because we have decided that we are going to do stuff here?’” said Vicki Fishlock, a scientist working for the Amboseli Elephant Trust group.

“Blockage of the corridor would surely kill the sanctuary as it depends on the animals migrating from Amboseli,” added Samuel Kaanki, who chairs an association of 342 Maasai owning 20,500 acres where elephants browse, breed and migrate.

He said the elephants, if blocked by farms like KiliAvo’s or others, would seek alternative routes: “This would ... result in massive human-wildlife conflicts.”

“Our Client continues to be the victim of constant and relentless harassment and mischaracterization of their project for ulterior motives,” it said in an email to Reuters. “Our Client is actually a victim of witch-hunt and opportunism.”

Another conservation group, Big Life Foundation, has footage from October of four gazelles apparently stuck on one side of the fence, trying to get through. It also said the fence was damaged at least three times last month by elephants.

“If they are trapped in one place, populations will collapse,” said Ernest Lenkoina, human-elephant conflict mitigation project manager at Big Life. “In the end, both the Maasai way of life here and the sight of elephants browsing beneath Mount Kilimanjaro could be gone forever.”