Global BIPV market to grow by 15 percent every year 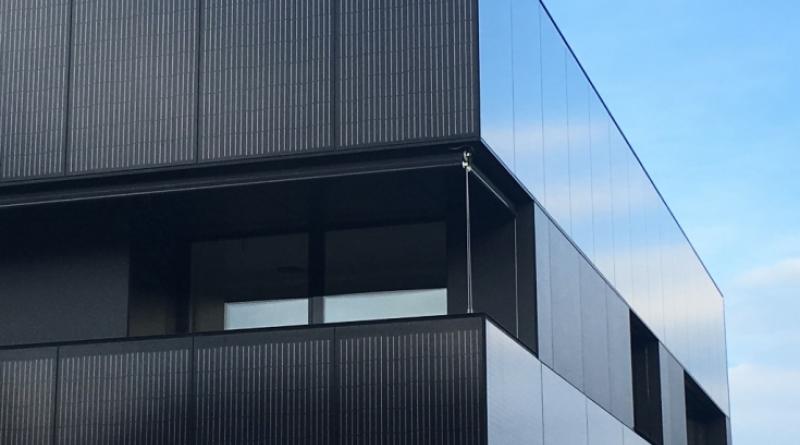 The demand for building-integrated solar systems will grow by 15 percent every year until 2024. Market drivers include the flexible products offered by the solar industry to architects and the demand for energy-efficient buildings.

The global market for building-integrated photovoltaics will grow by an average of 15 percent annually to a volume of around seven billion US dollars by 2024. This is one of the results of a Reportlinker market analysis. The US market researchers primarily focused on the drivers of growth.
They found out, for example, that one of these is the abundant possibilities that the solar industry now affords architects for solar façades and roof integration. Modules meet the requirements of the architecture and construction industries in terms of easy-to-integrate building products that also cover the entire aesthetic spectrum.

In addition, there is the price trend of recent years and the direction in which the costs for solar façades will move in the future: i.e. downwards. A third point is customer requirements. After all, more and more developers will place value on an efficient building – be it because of the legal framework or because of the benefits they gain from such efficiency. In the case of smaller buildings, the self-consumption of solar power also drives growth, which will also promote building-integrated photovoltaics, especially in new buildings. The further development of smart home applications will also have a positive effect on photovoltaics in general and building-integrated photovoltaics in particular.

Technologically, building-integrated photovoltaics is currently dominated by crystalline modules. In 2018, according to the market analysts of Reportlinker, in the majority of projects such modules were installed. In the future, crystalline technology will become even more important for the market. However, manufacturers of thin-film solar modules will also capture a large part of the market, because they offer a high degree of flexibility that architects are looking for. An interesting aspect, however, is that developers are increasingly relying on conventional photovoltaic materials, as market analysts predict.
The largest target group for BIPV to date is investors in commercial buildings. This demand will grow by an average of 14 percent per year until 2024. The main focus here is on reducing the amount of electricity consumed from the grid. On top of this there is the integration of solar modules into public spaces such as canopies in parks, bus shelters, agricultural buildings, car parks, pedestrian walkways and pedestrian crossings.

4 ways to shift from fossil fuels to clean energy