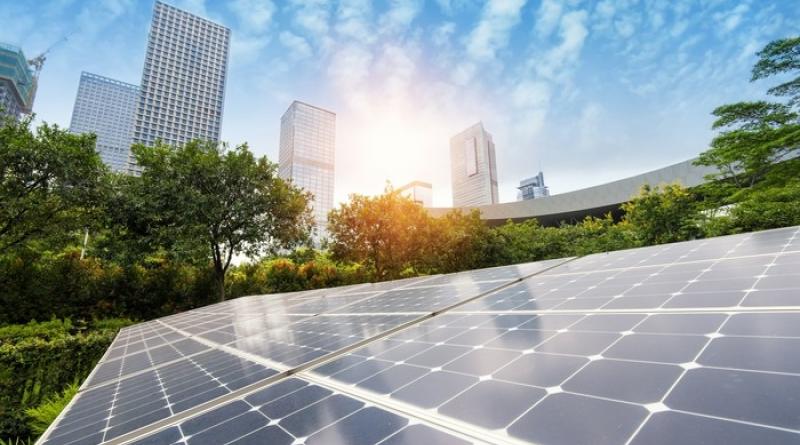 If policymakers, businesses and investors across the world collaborate to scale-up renewable energy and to electrify sectors such as transport and heavy industry, 86% of the global power demand could be met with clean energy by 2050, new research from the International Renewable Energy Agency (IRENA) has found.

The report bases this finding on IRENA’s “Remap Case” scenario, which would require all stakeholders in the global energy system to align themselves with the Paris Agreement’s 2C trajectory as soon as possible, with a specific focus on the deployment of renewable power and energy efficiency technologies. In this scenario, IRENA claims that renewables’ overall share of the energy mix would grow six times faster than current rates, leading annual global energy-related CO2 emissions to peak in 2020 and decrease by 90% by 2050, against a 2018 baseline.

In contrast, the report’s “Reference Case”, which considers current and planned national and international policies, targets and Nationally Determined Contributions (NDCs), is likely to result in CO2 emissions from energy remaining at much the same level as they are today by 2050. This plateauing, IRENA claims, risks putting the world on a pathway of 2.6C or higher by mid-century – a trajectory which the Intergovernmental Panel on Climate Change (IPCC) has warned could worsen the risk of water scarcity, extreme weather events and droughts for hundreds of millions of people.

IRENA claims that moving from the Reference Case trajectory to a Remap Case is still possible. The report states that technologies to make this transition possible do exist and are deployable at scale, but that national and local governments are “lagging” in supporting them.

Specifically, the body recommends that policymakers should implement “more aggressive” climate, renewable energy and energy efficiency policies and targets which are aligned with the UN’s Sustainable Development Goal (SDG) agenda and therefore also incorporate socio-economic benefits. Zero-carbon, long-term strategies will be the most effective, the report states.

The document additionally states that governments are not doing enough to enable “systemic and holistic innovation” in the energy sector, by aligning policies with funding measures and other support for the private sector. Key focus areas for this agenda should be fostering smarter energy systems through digitalisation and uniting end-use sectors such as heating, cooling and transport to spur the creation of low-carbon power grids.

“The energy transformation is gaining momentum, but it must accelerate even faster,” IRENA’s director-general Francesco La Camera said.

“Urgent action on the ground at all levels is vital, in particular unlocking the investments needed to further strengthen the momentum of this energy transformation. Speed and forward-looking leadership will be critical – the world in 2050 depends on the energy decisions we take today. The UN’s 2030 SDG agenda and the review of national climate pledges under the Paris Agreement are milestones for raising the level of ambition.”

The report’s findings are similar to those of a separate study published by Lancaster University this week, which found that large-scale renewables and energy efficiency schemes would be far more effective at mitigating climate change than complementing fossil fuel generation and high-carbon technologies with carbon capture and storage (CCS).

As well as forecasting climate impacts, IRENA’s 155-page document also assesses the social and economic impacts of the energy transition under both the Remap and Reference case scenarios. It predicts that the Reference Case would see global GDP increase by 2.5%, against a 2018 baseline, by 2050, but that the increase could be boosted to 5.3% under the Remap scenario.

This calculation factors in savings from the mitigation of climate damages, as well as the expansion of green economy jobs and the decline in fossil-fuel related roles, with IRENA claiming that the number of “green collar jobs” created under the transition would be “more than sufficient” to avoid former fossil fuel workers falling into unemployment. Overall, the body claims that global employment levels would be 0.2% higher globally under the Remap Case than the Reference Case.

The report additionally forecasts the costs and returns of the low-carbon energy transitions, stating that current and planned policies will see the global energy sector receive $95trn of cumulative investment leading up to 2050. In order to achieve the Remap scenario, this figure would need to be scaled by a further 16% - equivalent to $15trn of investment, IRENA claims. In this trajectory, the body predicts that every dollar spent on the energy transition would pay off up to $7, largely in avoided healthcare costs, energy subsidies and climate damages.

The findings come at a time when the idea of a “just transition” is beginning to gain traction among all energy sector stakeholders, from policymakers and corporates, to NGOs and members of the public. On a UK scale, new research by Imperial College London recently found that the UK’s current green policy frameworks could create a “two-tier” economy. The study, commissioned by Drax Group, concluded the regions such as the North of England and East Midlands are not receiving the financial and social benefits of the low-carbon transition in the way that London and the South East are.

A similar line of argument has also been voiced by think tank the Institute for Public Policy Research (IPPR), which estimates as many as 46,000 jobs could be created in the North of England’s power sector alone by 2030 – but that around 28,000 job losses in the coal, oil and gas industries are expected during the same period. Similarly, The Aldersgate Group has previously made calls for ministers to implement policy frameworks which "champion investment" in the North’s uptake of low-carbon projects.

In response to the issue, Energy Minister Claire Perry has pledged not to undertake any of the Committee on Climate Change’s (CCC) recommendations on creating a “net-zero” policy framework if her department feels that doing so would exclude any particular regions or social classes. During aconference in London earlier this year, she said she was keen to avoid implementing policies which could lead to “social unrests” such as the “yellowjacket protests” seen in Paris during 2018.