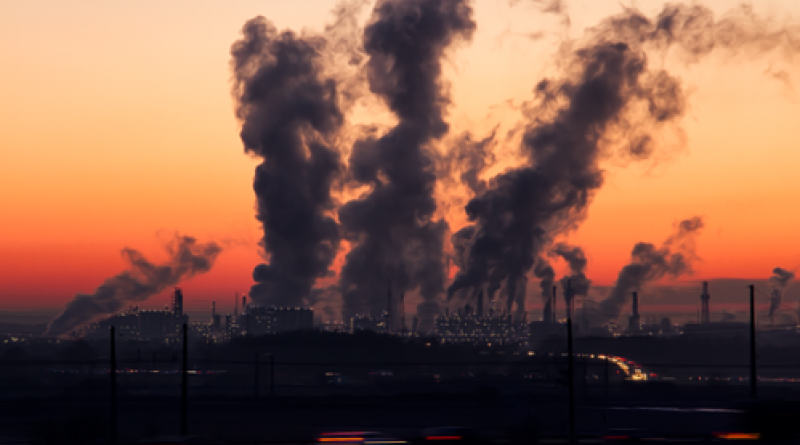 Atmospheric carbon dioxide concentrations are on track for one of their largest annual increases since record-keeping began in 1958, driven in part by the bushfire calamity sweeping Australia, the UK Met Office reported last week.

So far, the bushfires have likely doubled Australia’s annual greenhouse gas emissions and pushed 900 million tonnes of carbon into the atmosphere, scientists at the Global Fire Emissions Database concluded in a separate study. “That compares with 532 million tons of emissions from Australia for the year through June and about 918 million tons that the International Council on Clean Transportation counted from commercial aircraft worldwide in 2018,” Bloomberg reports, in a post republished by the San Francisco Chronicle.

The Met Office expects atmospheric CO2 to peak above 417 parts per million (ppm) in May this year, Reutersstates, with an average for the year around 414 ppm, a 3 ppm increase over the 2019 average.

“Man-made emissions are the overall driver of the long-term rise in CO2 concentrations in the atmosphere, which is the main cause of climate change,” the news agency explains. “However, added to that, weather patterns linked to swings in Pacific Ocean temperatures are known to affect the uptake of CO2 by land ecosystems.”

In years when the tropical Pacific is warmer, “many regions become warmer and drier, which limits the ability of plants to grow and absorb CO2 and increases the risk of wildfires, which release further emissions,” the news agency adds. “Along with other weather patterns and human-induced climate change, this has contributed to the recent hot, dry weather in Australia, which played a key role in the severity of bushfires, the Met Office said.”

The UK agency calculated that weather patterns added 10% to the year’s CO2 increase, and the bushfires contributed one-fifth of that segment.

“Although the series of annual levels of CO2 have always seen a year-on-year increase since 1958, driven by fossil fuel burning and deforestation, the rate of rise isn’t perfectly even because there are fluctuations in the response of ecosystem carbon sinks, especially tropical forests,” said Richard Betts, head of climate impacts at the Met Office Hadley Centre. “Overall, these are expected to be weaker than normal for a second year running.”

Bloomberg says uncertainties around measuring wildfire emissions mean the CO2 released by the Australian bushfires could range between 650 and 1,200 megatonnes. But “even on the lower end, the 2019 fire emissions are likely to be the largest in records that stretch back to 1997,” the news agency states. And “Australia is not alone in seeing its climate impact change dramatically by a disaster. In 2017, Chile suffered its worst wildfire season ever and produced emissions from the burning equivalent to 90% of the country’s annual greenhouse gas output.”

But an unprecedented aspect of this year’s fires, Bloomberg adds, is the extent to which it has affected slower-growing temperate forests in Australia’s southeast. “Those emissions may be reabsorbed or may not,” said Guido van der Werf, a scientist at Vrije Universiteit Amsterdam. “It depends on when the next fire arrives.”

Climate change: The massive CO2 emitter you may not know about.

The state of forests and forestry