Why a just transition makes economic sense for climate financiers. 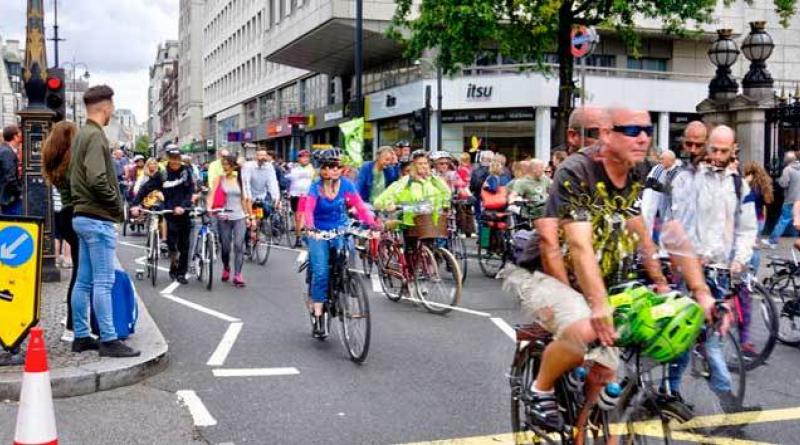 The case for hardwiring social justice into climate action

The very fact that this year’s COP25 climate summit had to be hastily moved to Spain, after street protests against economic inequality engulfed its first intended home in Chile, is a reminder of the biggest challenge faced by climate policymakers working to keep global temperature rises well below 2C. This is the anger of those who stand to lose economically from the climate action they envisage.

Whether it’s Santiago residents protesting at transport price hikes, or coal miners around Katowice, Poland, protesting at lignite mine closures, or Dutch agricultural workers protesting at climate-related limitations on farming, or France’s gilets jaunes, still protesting at fuel levies, rage against the carbon-lowering policies advocated by the global policy elite is everywhere.

That anger puts sharp new focus on the summit’s consideration of “just transition” – the need to hardwire social justice into the green transition, to address the concerns of those who fear being left out of the climate bargains now being urgently worked out. With the last few COPs overshadowed by questions about what happens to coal-working communities or South Sea islands vulnerable to the rise in sea levels caused by global warming, the message is ever clearer: if we are to halt global warming before it becomes irreversible, the needs of those left behind as carbon-intensive technologies are phased out must be recognised.

The nature of the discontent has changed with time. A decade or two ago the climate negotiations discussion of justice was centred on the distinction between developed and developing countries. Developing countries argued that implementing deep emissions cuts to address a problem they did not create was costly and would leave hamper their much needed development. The Paris Agreement of 2015 was a breakthrough because it offered a more bottom-up approach, where each country wrote its own list of targets before trying to fit them into the puzzle of global carbon reduction. Technological advancement, particularly the growing affordability of renewable energy, has also taken the heat out of that argument. Today the focus of discontent has shifted from nations to left-behind individual communities within each nations – a harder constituency, or set of constituencies, to engage with.

The big picture today is clear. The long-term gains from keeping the climate relatively stable will be bigger than the short-term losses. But from close up  that clarity wavers and dissolves, replaced by cloudier local and personal issues of dispossession and identity. Will simply compensating workers financially for loss of jobs, or making alternative economic opportunity available somewhere, be enough to satisfy the discontents they express?

One anxious story doing the rounds of policymakers’ meetings concerns a coal mine shutting down, but a potato factory opening up next door. A coal miner could have an alternative economic opportunity in the potato factory. But, as the coal workers were being laid off, one employee stood up at a meeting and said, “I’m a coal man, and I will not work in a potato factory.” Nostalgia for a past at the coalface? Not exactly. This was the group accountant, whose skills were, in principle, were much more transferable, but whose identity remained bound up with his workplace.

Multilateral development banks like the EBRD are among those focussing urgently on finding the best way to achieve a just transition.  All MDBs are looking at vulnerable communities in fragile areas, but each is applying specific regional knowledge to seeking solutions which will, by their nature, always be very local.

For example, the EBRD, which works in high-emissions regions where many carbon-intensive assets will need to be retired in the next decade, is finding alternative energy supplies to replace the most ecologically damaging fossil fuels while preserving local communities. Projects like the big solar power plant being built over an exhausted lignite coal mine in North Macedonia, which the EBRD is financing, will potentially allow local communities to transfer to new forms of locally available work.

MDBs are well placed to be part of the solution. They have worked together on the big picture for more than a decade, planning the architecture of climate finance and scaling up global green finance flows to make a net-zero economy possible by 2050.

The EBRD’s added local expertise comes from its original mandate to help eastern Europe move from communism to capitalism since 1991. As a consequence of working in countries with out-of-date and polluting infrastructure, it has become a pioneer of green finance, with three decades of experience developing expertise in achieving transition. The tools for change are in place.

For an organisation created to dismantle unwieldy, overstaffed, underperforming state enterprises and streamline them for the market - routinely incurring job losses, which would be absorbed over time in a more buoyant and naturally thriving economy – today’s emphasis on cushioning the pain of those left behind may seem to represent a change of mindset.

But with this transition - for the global economy to move as quickly as it needs to towards a carbon-neutral future - there is a greater sense of urgency, and less time. There will be unequal impacts that the market may not address in time. Given the scale and speed of climate change, it is both right and pragmatic to hardwire achieving social justice for the people left behind into climate action policy. Failure to do this will undermine the world’s ability to move at the pace required.

*Pierre Heilbronn is the EBRD's Vice President, Policy and Partnerships.

Going green in the EBRD regions.