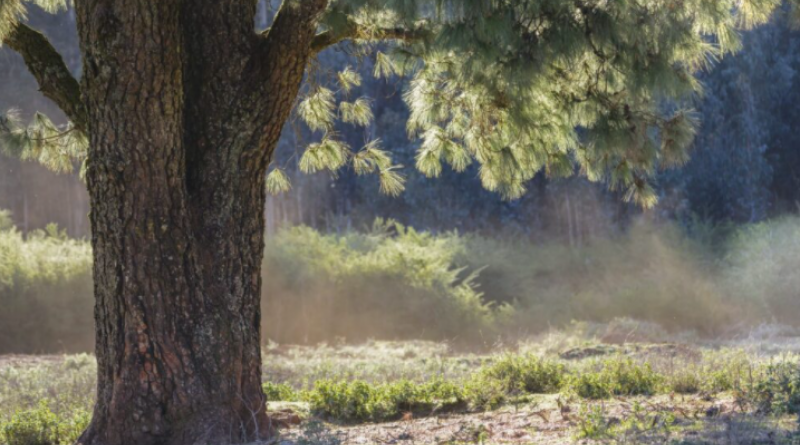 The net ecosystem service of an urban tree is worth thousands of dollars.

Thanks to Victorian street planners, many British streets were designed to be full of big trees and, with 84% of the population living in urban areas, most people are more likely to encounter trees in the streets than they are in forests.

The UK is one of the least densely wooded countries in Europe (at 13% coverage compared to the EU average of 38%) and, as such, its street trees are even more valuable.

This became all too clear as the UK first entered lockdown in spring 2020, when many people spent more time on their local streets and in parks. Online tree app Tree Talk saw a 50-fold increase in users as people fell in love with their local “street trees”.

They were quite right to do so. The wood of street trees stores carbon, while their roots and crowns support wildlife and slow rainfall, reducing urban flooding. Transpiration and shade from their canopies reduces temperatures in heatwaves, while pollution-trapping leaves lower the prevalence of asthma.

If these ecosystem services weren’t enough, having trees on our streets reduces crime rates and improves mental health and wellbeing. One mature street tree can have a net ecosystem service value of thousands of pounds.

Big trees are being felled

Sadly, the UK has an unhealthy street tree-felling habit. Up to 60 trees per day are chopped down to make way for buildings and infrastructure, such as roads or sewers. Felling rates could also rise as development accelerates and governments relax planning rules to aid post-pandemic economic recovery.

It is larger street trees which are most often the victims of development because they are a challenge for city planners.

Large species like London planes, beech and oak need expensive, carefully engineered tree pits to help them grow safely surrounded by concrete and to prevent their roots from pushing up pavements. Such costs are more than offset, though, when we value nature – a single mature oak produces hundreds of thousands of litres of oxygen per year and supports thousands of species of birds, insects, lichen and fungus.

Residents and councils regularly clash over urban tree-felling. However, when Sheffield City Council entered into a contractor programme a few years ago, which felled more than 5,000 trees, the protests made international news.

Councils are wary of street tree issues now, and often try to manage PR by claiming felling is mitigated by planting several smaller trees to replace each large one removed. When local authorities like Swansea City Council claim development will result in “more trees” they are of course right, but it is not the full story.

Just as any child would understand they were being ripped off if given a 2p piece and a 1p piece to replace a pound coin, removing large species trees and replacing them with small ones results in a net loss of ecosystem services.

Joe Coles, the urban tree campaigner responsible for conservation charity Woodland Trust’s work in Sheffield, describes this as a form of greenwashing. “If we value green infrastructure to the same level as grey then large street trees will become far too valuable to lose”, he tells me. “Until there is acceptance that large trees, taking decades to reach maturity, have significant value – a fact based on scientific evidence – we will continue to see spurious but convenient assertions that higher numbers of small replacement trees are adequate compensation to facilitate development.”

Size really matters with trees. The annual net ecological benefit of planting a large species tree is 92% greater than planting a small one. Mature street trees do everything from having a positive effect on infant birth weight in lower socio-economic demographics, to increasing resilience to major life events among people who live within sight of them. Consumers spend more on streets that are lined with large trees.

Large street trees are the most valuable green infrastructure asset cities have and when that value is overlooked, disasters happen. Even winning the UK’s “tree of the year” competition in 2020 couldn’t save Hackney’s Happy Man Tree from being felled in 2021 to make way for a new housing development.

More than 25,000 petitioners objected to the removal of the healthy, 150-year-old London plane, with even the developers admitting it would have been avoidable had earlier consultation taken place.

There is hope for change in the form of tree strategies which set policies to guide development and planning and which require community consultation. They are a valuable tool for stewarding urban trees for future generations.

Bristol, perhaps the UK’s flagship green city, has adopted a tree replacement standard to ensure planting new trees meaningfully offsets the loss of carbon and ecosystem services where felling cannot be avoided. Tree replacement standards ensure an adequate number of trees are planted to offset each lost and quantifies the financial contribution developers must make if they choose to fell.

Even tree-war epicentre Sheffield has moved forwards, bringing people together to develop a new street tree partnership working strategy that values street trees for the benefits they bring to people, the city and the environment.

These strategies allow local authorities to mandate that developers value tree size and the total canopy cover in a city. The idea is to prevent the use of “stem counts” to hide the removal of large trees and their replacement with smaller trees that are less valuable in terms of carbon storage, ecosystem services and even human wellbeing.

This article is republished from The Conversation under a Creative Commons license. Read the original article.