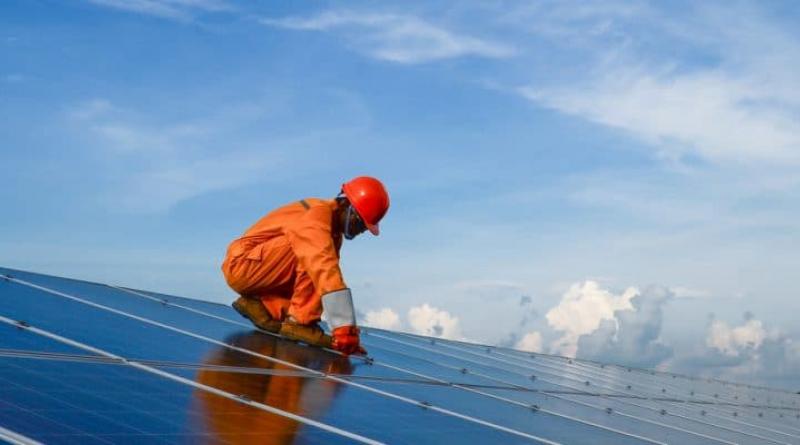 The European Investment Bank (EIB) has recently partnered with the Eastern and Southern African Trade and Development Bank (TDB) to open a USD 120 million credit line. It is intended to finance renewable energy projects for small and medium-sized enterprises (SMEs).

The 9th Summit of Heads of State and Government of African, Caribbean and Pacific (ACP) Countries, currently being held in Nairobi, Kenya, is beginning to bear fruit. On the sidelines of the event, an agreement was signed between the European Investment Bank (EIB) and the Trade and Development Bank of Eastern and Southern Africa (TDB), a commercial bank owned by the Member States of the Common Market for Eastern and Southern Africa (COMESA), the World Bank (AfDB) and China.

The partnership agreement was initialled by Ambroise Fayolle, EIB Vice-President and Admassu Tadesse, President and CEO of TDB. The agreement provides for a $120 million line of credit to support small and medium-sized enterprises (SMEs) investing in renewable energy and energy efficiency. This is particularly true for small solar or wind projects for the internal consumption of SMEs.

The partnership between the two banks is of crucial importance for SMEs in a context of power grid failure in some countries, particularly in sub-Saharan Africa. This failure is manifested by power outages that cause production to stop altogether in SMEs that often cannot afford to buy an electricity generator.

With the energy revolution brought by solar and off grid in particular, companies have the means to bypass power grid failures and even save on their electricity bills. The credit line recently opened by the EIB and TDB should enable the acquisition of these environmentally friendly systems. This option will have a term of 15 years.

“The largest cooperation ever between the EIB and the TDB will enable SMEs to invest a total of EUR 240 million in renewable energy on a continental level. Increasing climate-related private sector investment is the key to climate action and saving our planet,” says Ambroise Fayolle.

Admassu Tadesse CEO of TDB said that “70% of our energy portfolio is made up of renewable energies. And, in addition to our regular operations, we recently launched a program to close the financing gap for SMEs. Our multifaceted partnership with the EIB will enable us to intensify our commitment to achieving good results in the region we serve: Eastern and Southern Africa.”

The bank, headquartered in Bujumbura the capital of Burundi, has been very active in recent months with its investments in renewable energy. In June 2019, the financial institution announced talks with independent power producers (IPPs) for the development of the Menengai geothermal project in the Rift Valley in western Kenya. The project is being carried out separately by three IPPs. These are Sosian Energy, Orpower Twenty-Two and Quantum Power East Africa. The project will produce 105 MW.

The TDB is also financing the Nyagak hydroelectric project in the town of Nyapea in northwestern Uganda, near the border with the Democratic Republic of Congo (DRC). It is developed as part of a public-private partnership (PPP) by a consortium composed of Tata Consulting Engineers, Dott Services and Hydomax. This project will produce 6.6 MW.

Coal is destroying South Africa. Renewables are the future.