BURKINA FASO: The Nagréongo solar power plant is commissioned as a PPP project 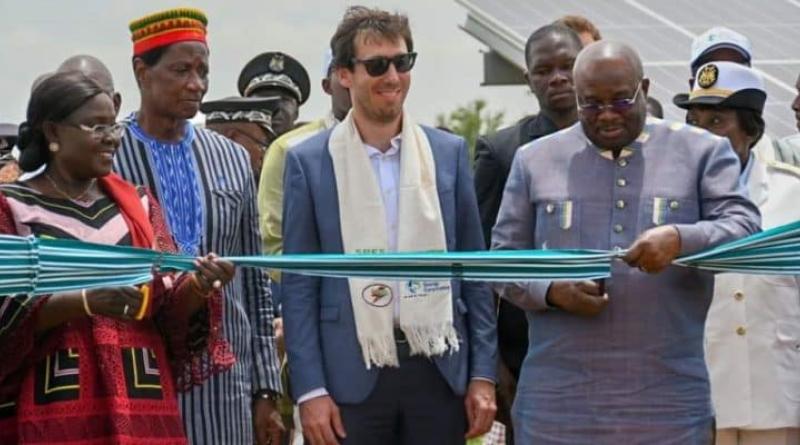 The government of Burkina Faso is inaugurating the Nagréongo photovoltaic solar power plant. With a capacity of 30 MWp, the plant was built under a public-private partnership (PPP) involving the Burkinabe government and the French company GreenYellow.

Burkina Faso’s national electricity grid is being increased by 30 MW. This is thanks to the Nagréongo photovoltaic solar power plant which has just been powered up in Nagréongo, a commune in the Plateau-Central region. The plant and all the related equipment occupy a 50-hectare site 15 km south of the town of Ziniaré, and about 30 km northeast of Ouagadougou.

The new facility was built under a public-private partnership (PPP) between the Burkinabe government and the French independent power producer (IPP) GreenYellow. The Casino Group subsidiary then launched the Ouagadougou Solar Energy Production Company SAS (SPES Ouagadougou), which developed the project until the plant was inaugurated on Thursday, 7 July 2022, in the presence of the transitional Prime Minister Albert Ouédraogo.

The solar energy produced in Nagréongo is sold to the National electricity company of Burkina Faso (SONABEL), under a power purchase agreement (PPA). 21 million loan from the Netherlands Development Finance Company (FMO). 4.5 million guarantee from the Multilateral Investment Guarantee Agency (MIGA), a subsidiary of the World Bank Group.

“This project responds to the energy challenge facing Burkina Faso, which has one of the weakest electricity networks in sub-Saharan Africa and a high energy demand. The country’s level of sunshine makes it ideally suited to meet this energy security challenge through the development of solar photovoltaics,” says GreenYellow.

According to Power Africa, Burkina Faso has an installed capacity of 568 MW, of which only 88 MW is produced from renewable sources. But the Burkinabe government wants to increase the country’s installed capacity by focusing on solar and IPP investments. This is the case of the Emirati company Amea Power, which is building a 26.6 MWp solar power plant in Zina, a locality located in the Boucle du Mouhoun region.