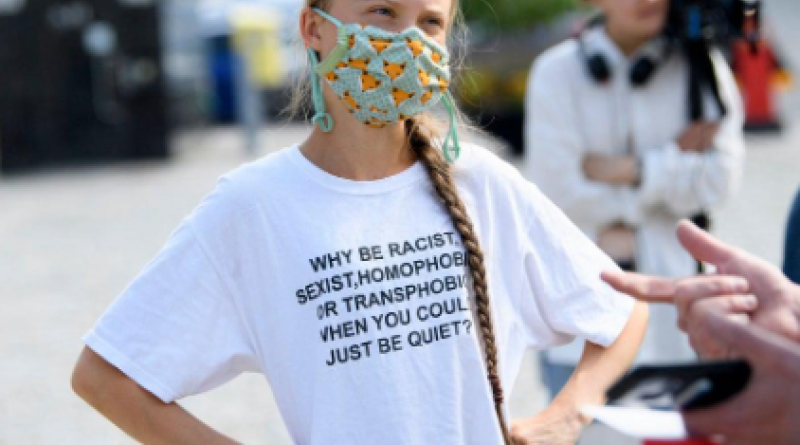 Young people will protest in more than 1,000 locations across the world on Friday to demand faster action on the climate crisis.

Young people across the world will return to the streets this Friday because world leaders “don’t care about the future”, Greta Thunberg has said.

Speaking at a press briefing on Monday, the young Swedish activist said the need to take action on the climate crisis was “more urgent” than ever in wake of the Covid pandemic.

“It’s been a very strange year and a half with this pandemic, but of course the climate crisis has not disappeared – it’s the opposite, it’s even more urgent now than it was before,” Ms Thunberg told a press briefing held on Monday afternoon.

“And time and time again, the leaders today show that they do not care about the future – at least it doesn’t seem like it.

“They say they listen to us young people, but they are obviously not...And that’s why we will be back on the streets.”

Her calls were echoed by other young activists from across the globe, including Ugandan campaigner Vanessa Nakate.

“Historically, we’ve seen that the entire continent of Africa is responsible for only 3 per cent of global emissions. And yet Africans are already suffering some of the most brutal impacts fuelled by the climate crisis,” Ms Nakate said.

“We’ve seen many Africans lose their lives and countless more have lost their homes and their businesses...This is why we will be striking on 24 September – to demand climate justice.”

On Friday 24 September, young people will take to the streets of more than 1,000 locations across the globe to demand more urgent action from world leaders. It comes as leaders gather in New York for a UN General Assembly meeting where the climate crisis is high on the agenda.

The crowds will call for rich countries to stop burning fossil fuels and to meet long-held promises to provide vulnerable nations with $100bn in funding each year to help them tackle and adapt to greenhouse gas emissions.

Other key messages of the campaigners include a demand to stop violence against environmental defenders – which reached a record high in 2020 – and more recognition of the connections between the climate and nature crises.

Ms Thunberg added that she was not yet certain whether she would attend Cop26, the pivotal global climate summit taking place in Glasgow in November.

Many activists and commentators have raised concerns that the UK-led conference could exclude the most climate-vulnerable countries.

The UK has only just begun administering Covid jabs to those unable to obtain them elsewhere, and attendees from global south countries have raised concerns over sky-high accommodation and travel costs amid the pandemic.

Gabriel Klaasen, a young activist and representative of the African Climate Alliance in South Africa, said they would not be attending the conference “due to inequity in how the vaccine was distributed among countries”.

“I personally will not be attending Cop because until a few weeks ago I did not know if I was able to receive the vaccine,” they told reporters.

“Even if I did get the vaccine earlier in the year I still might not have attended because often youth are tokenised in ways that are abusive and counterproductive.”