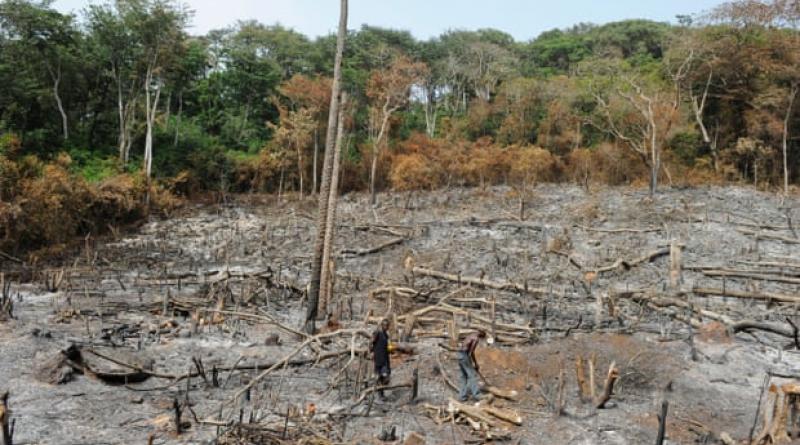 The burning of the Amazon has caused alarm around the world, from the Vatican to the G7, and there are fears that unless the fires are stopped swiftly the forests could reach a point of no return in the loss of wildlife and biodiversity.

Forest loss has also been happening in other areas of the world but has received a lower level of global attention.

Africa is of particular concern. According to a report on the New York Declaration on Forests, signed in 2014 with the aim of halting deforestation globally by 2030, the new hotspots of increasing forest loss are in west Africa and the Congo basin.

While the greatest losses of forests by area in the years 2014-18 occurred in tropical Latin America, the greatest rate of increase was in Africa, where deforestation rates leapt from less than 2m hectares a year on average from 2001 to 2013, to more than 4m a year from 2014 to 2018. In the Democratic Republic of the Congo rates of deforestation have doubled in the past five years.

Charlotte Streck, co-founder and director of Climate Focus, the thinktank that coordinated the report from 25 forest organisations, said: “Deforestation has increased rapidly in Africa, coming from a relatively low level to begin with, but it is rising very quickly but very quietly.”

Government policy is a key factor. In Brazil the rate of forest loss declined sharply in the mid 2000s after laws were passed and stronger policies put in place to discourage illegal logging and regulate the expansion of cattle ranches and soya plantations. But the signalling of approval for agricultural takeover of the Amazon by the country’s president, Jair Bolsonaro, has led to the massive fires.

In Africa much of the demand for logging comes from China, which has taken a strategic interest in the continent, buying land and doing resource deals with governments in exchange for internal investment and development cash.

“African timber is exported to China, and this is one of the three dominant causes of deforestation. China could act on illegal timber and be very effective, for instance if the Chinese government put in a requirement on tracing [timber and forest goods],” said Streck.