‘Eco-anxious’ young people are filing climate lawsuits against their countries 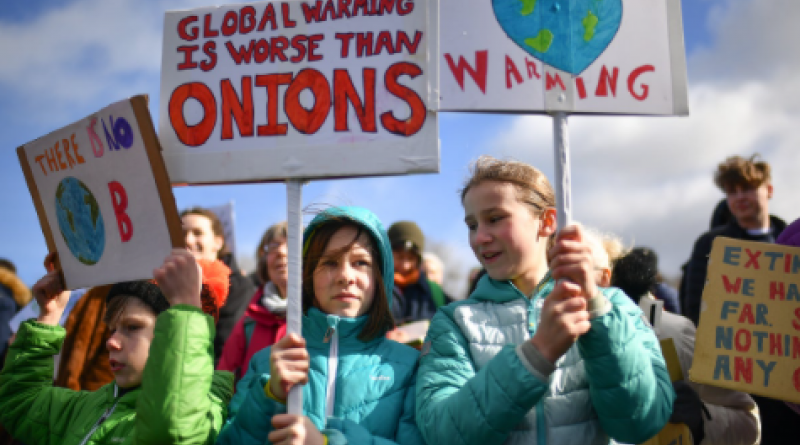 A recent poll found 57 per cent of American teenagers said that climate change made them feel scared.

The most comprehensive assessment yet from the UN’s Intergovernmental Panel on Climate Change (IPCC) earlier this week laid out a grim picture: the target for limiting global heating to 1.5C is rapidly slipping beyond reach and many impacts of the crisis, like rising sea levels, have already been set in motion.

The projections of our future climate if the world fails to turn the tide on soaring greenhouse gas emissions is taking a particularly serious mental toll on young people.

An alarming number of children and teenagers are suffering from “eco-anxiety” – a term added in recent years to the lexicon of the American Psychological Association - which defines the term as “a chronic fear of environmental doom”.

The definition goes on to explain that “climate change and related disasters cause anxiety-related responses as well as chronic and severe mental health disorders”.

An APA report in 2017 found that “the impacts of climate change on people’s physical, mental, and community health arise directly and indirectly. Some human health effects stem directly from natural disasters exacerbated by climate change, like floods, storms, wildfires and heatwaves.”

It continued: “In particular, stress from climate impacts can cause children to experience changes in behaviour, development, memory, executive function, decision-making, and scholastic achievement.”

The rise in eco-anxiety is being coupled with increased legal action by young people directed at their governments for their failures to tackle the causes of the climate crisis - largely the continued growth of the fossil fuel sector in many areas.

In 2019 Swedish activist Greta Thunberg joined 15 other children from five continents in filing a legal complaint under the UN Convention on the Rights of the Child against Argentina, Brazil, France, Germany and Turkey.

This might have been the most high-profile to date but it wasn’t the first.

In 2015, 22 youth plaintiffs filed a lawsuit against the US government for violating their constitutional rights by failing to address the climate crisis and safeguard their chance of a sustainable future.

In testimony for the plaintiffs, psychiatrist Lise van Susteren wrote: “Day in and day out worrying about the unprecedented scale of the risk posed by climate change ... takes a heavy toll on an individual’s well-being, wearing them down, sending them to the ‘breaking point.’

A similar case, La Rose v. Her Majesty the Queen, was taken in 2019 against the Canadian government by 15 youths ranging from 10 to 19 years old.

The climate crisis poses a specific burden for young people, who may find it hard to dream and plan for a future that seems vastly compromised and depressing.

In 2015, the American Academy of Pediatrics warned that the climate crisis poses at threat to “children’s mental and physical health” and that “failure to take prompt, substantive action would be an act of injustice to all children”.

Lauren Wright, 16, is one the plaintiffs in the Canadian suit.

“I live with generalized anxiety disorder, depression and social anxiety disorder,” she told US News & World Report. “So I have kind of a whole realm of mental health concerns” which “intersect with the climate crisis, especially here in Canada.

“It’s all very damaging to mental health, especially that of young people,” she said, adding that her contemporaries find it difficult to plan for the future with a “ticking time bomb essentially that’s going off.

“How much time do I have to try and carve out a life for myself before catastrophe strikes?” she asked.

I changed my banking and super out of climate anxiety. Was it a smart financial decision?