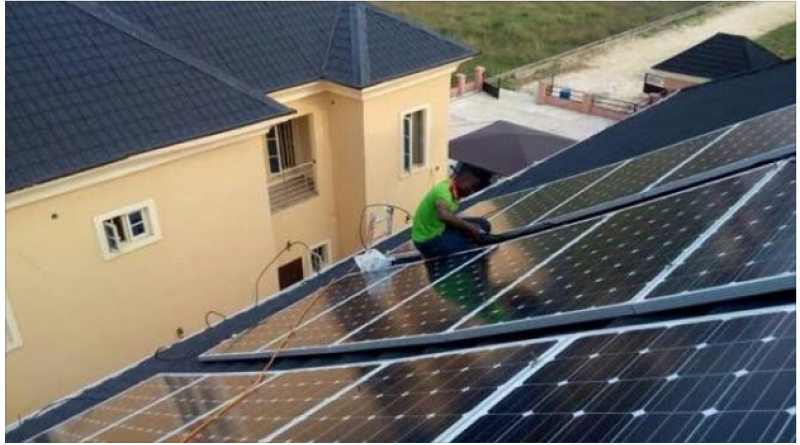 The federal government has launched the $200 million Nigeria Electrification Project (NEP) to provide off-grid energy to over 500,000 people across 105,000 households in rural communities across the country.

The project, sourced from the African Development Bank (AfDB), was launched in Abuja, on Tuesday.

The off-grid solution, which is expected to commence in the next five months,  will also provide clean and reliable energy to 20,000 micro, small and medium enterprises (MSMEs) and halt of 1.69 million tons of carbon emission into the environment.

Speaking at the event, Ahmad Salihijo, managing director of the Rural Electricity Agency (REA), said the project is the largest single investment stream in Nigeria’s off-grid sector to increase access to electricity through mini-grids, the solar home systems.

He said the four components of the project include solar hybrid mini-grids worth $70 million under the minimum subsidy tender (MST), $20 million energy-efficient appliances for productive use, phase three of the energising education programme EEP), which will cost $100 million and $10 million technical assistance and capacity building programme.

“NEP-AfDB will contribute to more than 500,000 Nigerians in 105,000 households in off-grid or underserved communities, having access to electricity, an increase of 76.5 megawatts (MW) in installed power generation capacity (of which, 68 MW will be from solar generation alone,” Salihijo said.

“Eight universities obtaining access to reliable sources of energy; 20,000 micro, small and medium enterprises (MSMEs) either supported by or supplied with productive use appliances and equipment; and the avoidance of 1.69 million tons of CO2 emissions in line with Nigeria’s commitment to combatting climate change.”

Seven years after the privatisation of the power sector in 2013, Nigeria has been able to improve its electricity challenges. The investors who took over the power firms are still grappling with the old problems in the sector.

Even with an installed generation capacity at 12,910.40MW, electricity production has been hovering between 3,000MW and 5,000 MW as a result of gas constraints, transmission line issues and low demand by electricity distribution companies. The peak generation ever attained in the country is 5,375MW, which is insufficient to meet the energy needs of about 200 million population.

The national grid, which is still fully owned and operated by the government, has continued to suffer system collapse over the years owing to lack of spinning reserve that is meant to forestall such occurrences. In 2019, the national grid collapsed more than 10 times. The grid recorded its first collapse in 2020 after it shut down twice within two hours, causing blackout across the country.

The government had admitted that it spent N1.7 trillion on electricity in the last three years without any significant impact. The Nigerian Electricity Regulatory Commission (NERC) put the country’s electricity users at 8.8 million, yet most of the citizens rely on inefficient and costly diesel-generators to power their homes.

In order to achieve the 2030 vision for affordable, clean, safe and modern energy for all citizens in the country, there is a gradual movement towards renewable energy as the only way to sustainable development.

In that regards, a senator has introduced a bill to ban the importation and use of generating sets to curb the menace of environmental pollution in the country. According to the bill, anyone imports or sells a generator in Nigeria will be sentenced to not less than ten years in prison.

THE QUEST FOR CLEAN ENERGY

With Nigeria’s endorsement of the Paris Agreement on climate change on September 21, 2016, the federal government, in December 2017, issued a N10.69 billion five-year sovereign green bond at a coupon rate of 13.48 per cent to fund solar power projects in universities across the country. The government noted that the only way to foster quality research and upgrade the universities to world-class standard is to provide constant and reliable power supply through green energy.