Five reasons to be optimistic about the environment. 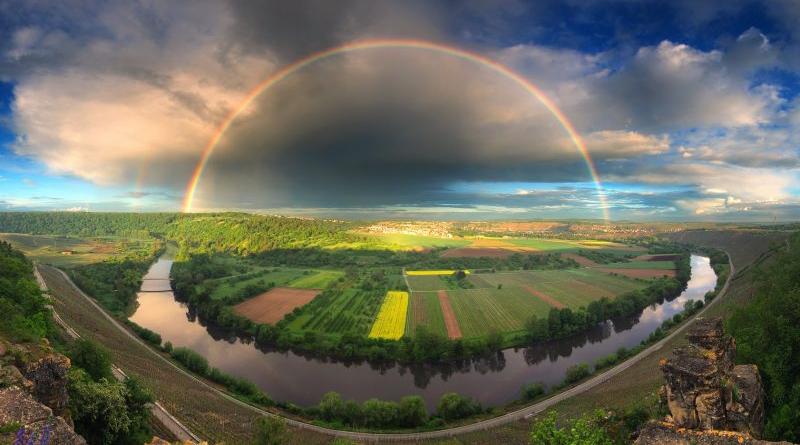 Let’s face it, when it comes to the environment, there isn’t much to rejoice about. So to spare you a long summer of eco-anxiety, we looked for some glimmers of hope. Here are five reasons to be optimistic.

Signs of ecological collapse are getting clearer by the day. Parts of the earth might soon be too hot to live in, more people are getting killed in floods, forest fires and heatwaves every year, andhumans could soon be responsible for the greatest mass extinction the planet has ever seen, putting our very survival at risk.

And while much of this could be avoided, the political will required at international level to reverse the trend is desperately lacking.

But there are also reasons to believe things could turn out for the better. Here are five of them.

Young people are getting heard

Young folks across Europe have taken to the streets to demand stronger climate policies. They’ve been doing it every week for a year now and they don’t look like stopping anytime soon.

Even eminent scientists have joined in, encouraging school kids to continue striking for the climate, while citizens have taken the EU to court to demand stronger climate protection.

Fortunately, their calls have not gone unheard. Political leaders across the political spectrum have taken note, backing bolder climate objectives in order to win the young people’s vote at the European elections earlier this year.

The result of all this? Europe was swept by a Green wave at the last European election. And the new President of the European Commission, Ursula von der Leyen, was forced to make concessions to the Greens, pledging to present a “green deal” for Europe in her first 100 days in office and legislate to achieve “climate neutrality” across the EU by 2050.

“The biggest treasure we have in Europe is that public opinion is with us” on climate policy, said Maros Šefčovič, the EU’s Energy Union commissioner.

Vegetarianism is becoming the new norm

Whereas a few years back, “vegetarian options” on menus often included fish or chicken, things are now getting serious.

Cities across Europe have started offering more vegetarian meals or a meat-free day per week in public canteens, for example in schools or hospitals.

Going vegetarian can make a big difference for the environment. The combined emissions of the top 20 meat and dairy companies in the world surpass the emissions of entire nations like Germany, Canada, Australia or the United Kingdom, according to a study published a year ago.

Fortunately, alternatives are now becoming widely available. And the meat-free food industry has become a promising business. Beyond Meat, a US-based producer of plant-based meat substitutes, saw its stock triple within a few days after going public earlier this year.

So why not try it? If not for the planet, you may consider it for your own health. A report published last year by a group of 37 eminent scientists has suggested that a radical dietary shift would prove beneficial to both the environment and human health, potentially averting between 10.9-11.6 million premature deaths per year.

Renewables are now the cheapest source of energy

Energy from renewable sources is cheaper than ever before.

According to Bloomberg New Energy Finance (BNEF), renewables are now the cheapest form of new electricity generation across two thirds of the globe. By 2030, wind and solar power will “undercut existing coal and gas almost everywhere,” according to BNEF’s New Energy Outlook 2019.

A study by the International Renewable Energy Agency (IRENA) last year had already confirmed this trend. The cost of onshore wind electricity fell by 23% since 2010 while solar photovoltaic (PV) had fallen by 73% over that time.

And this trend will almost certainly continue as other technologies like electric batteries become cheaper, experts say. According to IRENA, all renewable energy technologies will become competitive with fossil fuels by 2020.

Even the oil majors now acknowledge that renewables are the future. This year, the UK-based oil company BP said wind, solar and other renewables will account for about 30% of the world’s electricity supplies by 2040, up from 25% in its previous estimates. And the speed of growth was without parallel, the company said in its annual energy outlook.

In fact, most European oil majors have started diversifying their assets and are now pouring billions into clean technologies.

New EU momentum for the climate

Yes, European leaders failed to agree on an EU-wide target last June to make the EU carbon neutral by 2050.

But the deal isn’t off the table. Finland, who currently holds the EU presidency, is eager to get it done by the end of the year. And the UN is holding a climate summit in September in New York City which could bring new momentum to the negotiations.

Sure, the US has signalled its intention to pull out from the Paris Agreement. But that has encouraged renewed action at local level, spurred by billionaire philanthropist Michael Bloomberg who put together a group of US states, cities and businesses, under the ‘We are Still In’ coalition.

In Europe, 210 mayors from all across the continent recently called for more ambitious emission reduction targets. And other local and regional authorities have declared climate emergencies in their constituencies to raise awareness about the issue.

The wolves are back

Whether you like them or not, wolves are back in Europe.

Germany, where wolves were extinct for 150 years, is now home to several dozens of wolf packs. And to some of them, Germany has become too small.

She-wolf Naya has settled in eastern Flanders where she’s expecting cubs after tracking several hundred kilometres from Germany across the Netherlands to Belgium. When Naya arrived to Belgium in 2018, she was the first wolf spotted in the kingdom in over 100 years.

Naya’s case is not isolated. Other species, like the beaver and the European bison are on the rise again in Europe and are being spotted in the wild more often.

Becoming Greta: ‘Invisible Girl’ to Global Climate Activist, With Bumps Along the Way