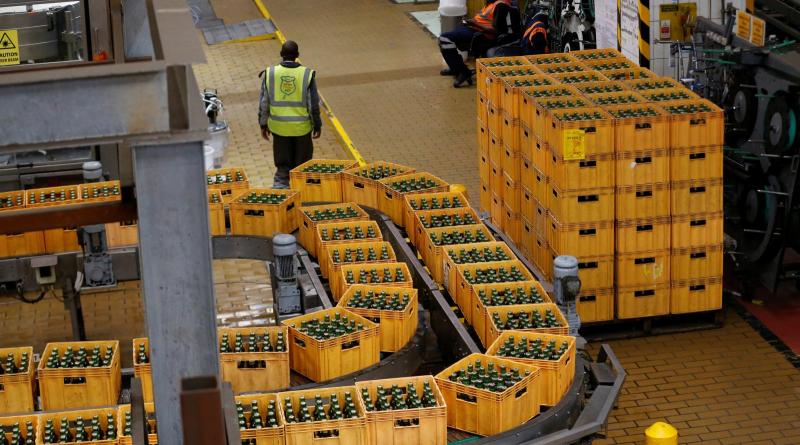 Diageo, the British owner of iconic brands including Guinness and Johnny Walker, is going green at brewing sites across Africa with an ambitious $218 million investment drive.

The beverages multinational will overhaul the electricity mix at its African brewing sites across the continent and install solar power, biomass boilers and new water recovery equipment. The spending consists of an initial $60 million upfront investment in equipment and installation with $158 million earmarked for long-term maintenance and operations costs.

The plan will see Diageo switch to renewable energy at three breweries in Kenya and Uganda, adopting biomass boilers which will use sustainable fuel alternatives “such as wood chip, bamboo and rice husks” to create steam power. It will also install new water recovery and solar power systems—to account for 20% of electricity demand—at several sites across brewery sites on the continent.

The large-scale environmental plans will use biomass boilers to help cut Diageo’s carbon emissions by 42,000 tonnes a year while new water recovery equipment is projected to save over two billion cubic liters annually. Those are important benefits given African cities are among the most vulnerable to climate change globally.

There’s also the added impact on jobs as Diageo’s breweries will depend on local suppliers for biomass fuel for its new boilers. It’s in keeping with broad trends seen on the continent with renewable energy companies already creating jobs at a scale comparable totraditional utilities.

In addition to any long-term energy cost savings, Diageo’s renewable energy investment at its African breweries also has the important side benefit of highlighting its corporate social responsibility agenda as a major global corporation operating in some of the world’s  poorer economies. Last financial year Diageo generated $16.6 billion in annual revenue.

The plans are a key commitment in one of Diageo’s most important market with the continent currently accounting for 13% of its global sales. And there’s potential for significant upside as Africa’s $13 billion beer market is the fastest growing globally.

But the increased focus of global brewers targeting market share in Africa (in some cases by producing both premium beer brands and locally brewed low-end options), also comes with the risk of alcohol-related health problems as the African market is doubly attractive for brewers given weaker regulation for sales and advertising compared to western markets.

Ethiopia invites 12 international companies to bid in their energy sector.