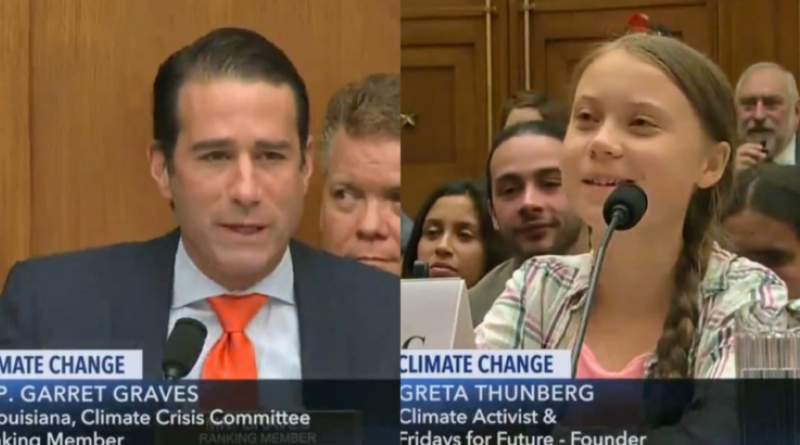 Teen climate activist Greta Thunberg—visiting the United States from her native Sweden to attend the United Nations Climate Action Summit beginning Monday in New York—spoke during a hearing of the House Select Committee on the Climate Crisis in Washington DC.

In an attempt to justify inaction on climate change through pointing fingers at countries that pollute more, Louisiana Republican Representative Garret Graves tried to make the point that inaction by one justifies inaction by all who pollute as long as they pollute “less.”

“I think that what we need to be doing is we need to be focusing on the countries that are dumping trash in the ocean—of course that’s a metaphor.”

“Here we are talking about reducing emissions, yet, China under the Paris accords are going to be increasing their emissions by nearly 50 percent—5 gigatons annually.”

But Thunberg had facts and a better understanding of perspective for Representative Graves.

“Just another perspective—I’m from Sweden. It’s a small country. And there, it is the same argument. ‘Why should we do anything? Just look at the U.S.,’ they say.”

“So, just so you know, that is being used against you as well.”

So Graves decided to rephrase his argument framed in a metaphor about sailing across the ocean, picking up trash while the boat next to you dumps trash in the ocean.

“If you were sailing across the ocean and you’re picking up trash along the way, and for every piece of trash you pick up there is a boat right next to you dumping out five pieces. How would that make you feel?”

However Thunberg first corrected the GOP House member’s inaccurate analogy by stating the United States may pollute less—according to Republican talking points—but they are not just “picking up trash” while not also dumping some of their own.

“When your children ask you, ‘Did you do absolutely everything in your power to stop the climate crisis?’ can you really look them in the eye and say, ‘No, sorry, I couldn’t do anything because that country over there didn’t do anything. So if they’re not going to do anything then I’m not’.”

Thunberg began her testimony stating she did not plan to say much because she wanted lawmakers to listen to the scientists then to take action.

Not every member of the committee understood why listening to the scientists was important.

“That is shameful. And that is cowardly.” 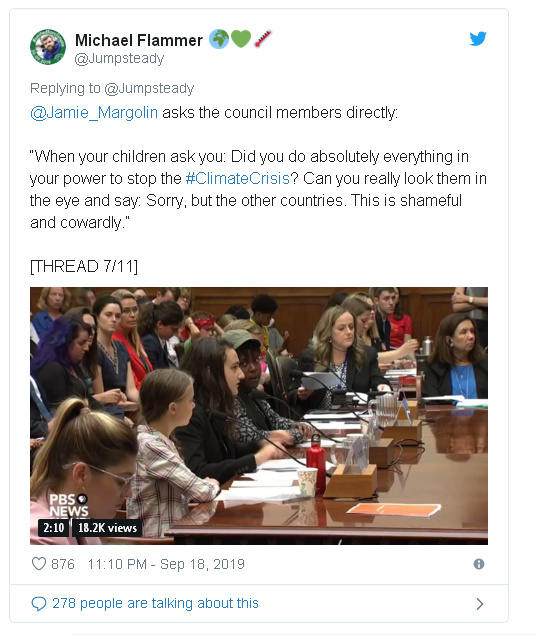 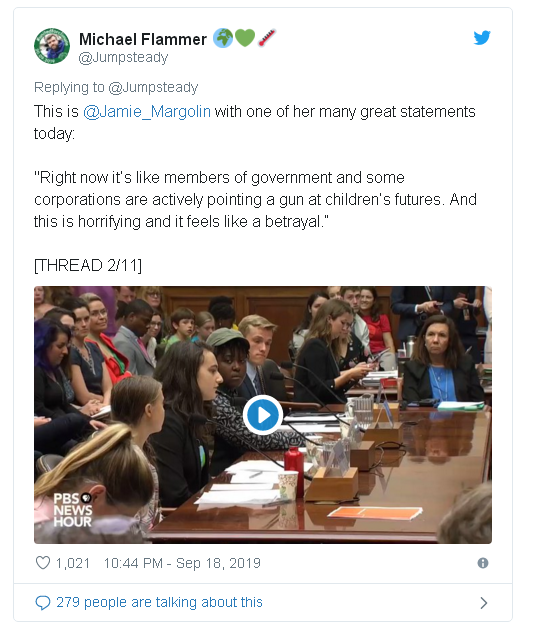 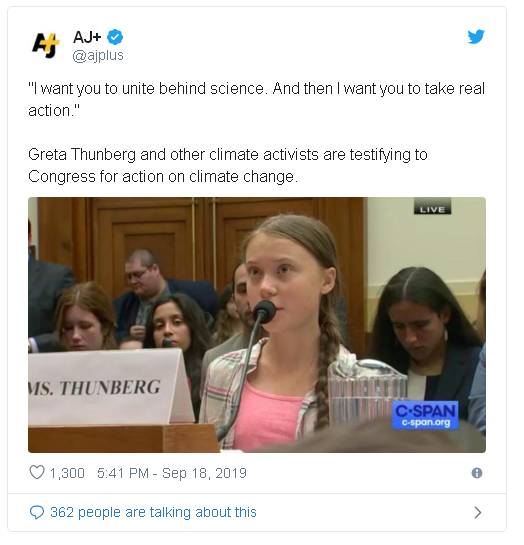 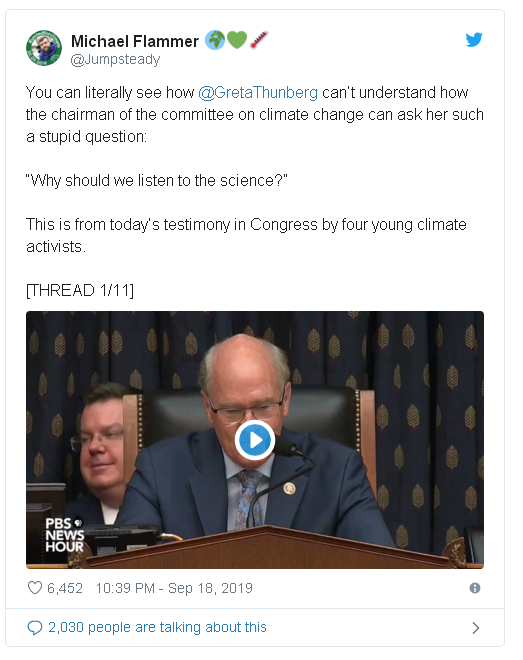 *watch all the videos here