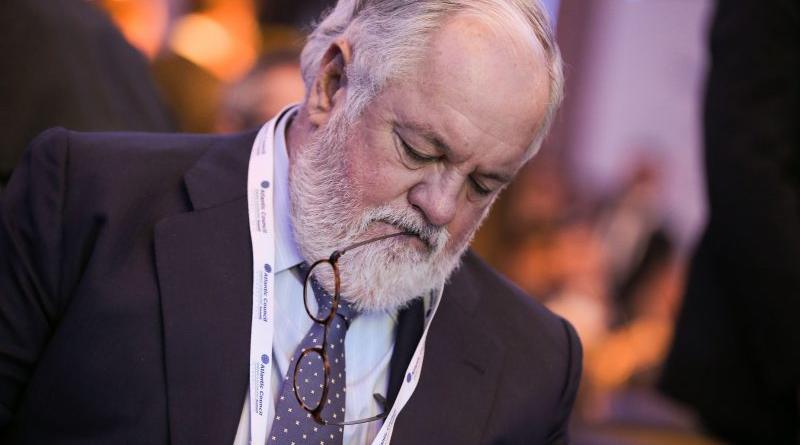 Who does Xi Jinping call when he wants to speak to Europe?

It’s a question that has dogged climate diplomacy since 2017, when Donald Trump vowed to take the US out of the Paris Agreement, removing the strongest external impetus for China to cut its carbon emissions.

It also put European diplomats in an awkward position. Suddenly, the third-largest polluter and second-largest economy on earth was expected to step into the void. Yet no-one involved in the decades-long fight for international action on climate change seemed to think that would happen.

At a recent G20 meeting in Japan, the reasons were on display. President Emmanuel Macron of France and China’s Xi reaffirmed their commitments to ramp up climate action. But their statement bore no implications for the EU, which determines France’s contribution to the Paris deal.

Macron has pushed the bloc to raise its targets but has been unable to gain the support needed from within. Xi commands the biggest emitting economy in the world. In climate terms, this was not a meeting of equals.

This fact about European executive power, diffused as it is through different arms of the union and its member states, places the EU in a category of its own in climate politics: a major polluter, but lacking major clout to compel other big economies to take more ambitious carbon-cutting measures.

This is poised to become increasingly significant. A climate action summit convened by UN chief António Guterres in September will usher in a new era in climate negotiations, moving away from writing the rules of the regime to action. The onus is on great powers to engage in a race to the top.

Between them, the EU, China and the US account for more than half of global greenhouse gas emissions. Each watches the other, unwilling to move alone.

And the EU stumbled at the first hurdle. In June, internal division saw four hold-outs blocking a consensus to reach carbon neutrality by 2050.

An EU official told Climate Home News Guterres had “set out for a bit of a disappointment”.

“Our ability to lead by example is slightly hampered by our inability to make a grand announcement [at the summit],” he said, adding that he was “confident” the EU would agree on carbon neutrality before the end of the year, too late for the September deadline.

The EU is “not a central administration and it takes decisions at a slower pace than other central governments,” said a source at the European Commission. “We like to take our sweet time to decide on our legislation which is a guarantor that the legislation is not sensitive to political election and changing governments,” they said, hinting at America’s U-turn on climate policy.

“We need to ensure that all 28 member states play ball. If we agree, we deliver.”

The weakening hold of Angela Merkel to the leadership of Germany has also presented a challenge. Facing a backlash from industry and threats from the right, Merkel has retreated from her role as an ambassador for climate action. This has had repercussions for Europe’s climate unity.

One source formerly involved in the UN negotiation process said there were never expectations the EU would be able to fill the vacuum left by the US. But despite concerns that the entire Paris edifice would collapse after Trump’s withdrawal, the EU played an important role in keeping things together.

At the G20 in Japan, European unity and the bloc’s unwillingness to compromise on climate change pushed heads of states over the line in reaffirming the “irreversibility” of the Paris Agreement while isolating the US, a third EU official told Climate Home News.

Quentin Genard, head of the Brussels office at think-tank E3G, said: “The EU plays a different leadership role in showing what it does and how it can be beneficial for the rest of the world.”

But when it comes to China, diplomacy of a different order is required.

“What we do with China does not harm, it helps but does not broker a deal. China won’t [take climate action] if it’s not in its interest. Only China can leverage China,” the first EU official said.

This is not quite accurate. A 2014 deal between Xi and the US’ Barack Obama, in which both countries committed to curbing their emissions, was the underpinning of the Paris deal. The EU cannot do that kind of “transactional diplomacy,” the official said.

The EU’s efforts need to be seen in context, said Pete Ogden, vice president for climate at the UN Foundation and a senior director for climate under Obama. European diplomats were battling against the current, whereas four years ago when “the US was showing leadership, Europe was far from putting up that kind of resistance to progress against climate change”.

Things are more difficult for the EU when the US is not on side, said Richard Whitman, associate fellow for Chatham House’s Europe programme, because European states “value their relationship with the US a lot, particularly in terms of security” and seek to avoid a public clash.

While sources inside the commission insist the bloc is “in constant contact with China” and hail constructive discussions, the limits of Brussels’ influence on Beijing are starting to show.

Asked in an interview with former UN Climate Change head Christiana Figueres whether the EU and China will lead the world to climate action next year, Miguel Arias Cañete‏, the EU’s outgoing climate Commissioner, avoided the question.

At its heart, the EU is a market bloc, with much of its legitimacy derived from its ability to pool trade power and express European values through its trading rules. In recent years, the EU has sought to use free trade agreements to hold countries to the Paris deal.

Both Japan and the South American Mercosur group of countries have signed deals that recommit to climate action. But that approach has also shown limitations. Saying you will stay in the Paris Agreement is not the same as upholding its goals and taking action.

Arne Lietz, a former social democrat MEP from Germany, told Climate Home News that the Mercosur deal was “the next big test” for the EU to show it is able to use trade to leverage climate action, especially on Brazil. Genard, of E3G, warned that the EU’s foreign and trade policy were “not fully aligned to deliver climate leadership”.

“EU power and its status on the international stage comes from the size of its market and the interest of third parties to sign trade deals” and yet “it is unclear whether the EU would not be willing to sign a trade deal because other parties are not keeping with the Paris Agreement,” he said.

The third EU official acknowledged: “The EU by its nature cannot be so reactive, it obeys a slow institutional process. This is a weakness, but in the long term, we think our approach can deliver. Now the big challenge for us is trying to persuade the world to follow the right path.

As America retreats on climate, China and Russia confirm commitments.