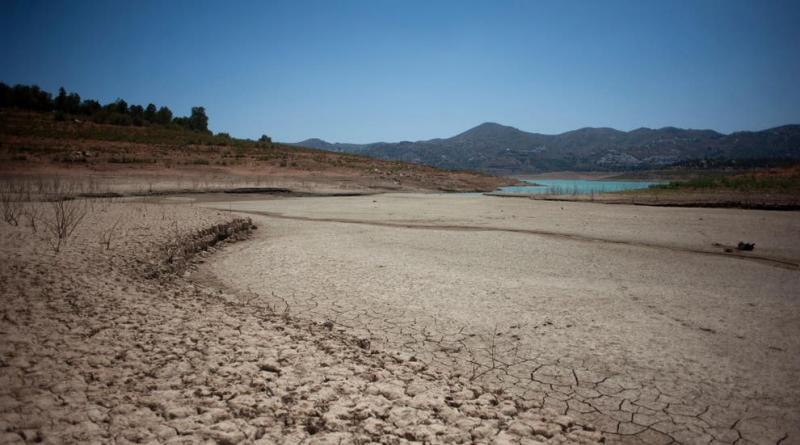 The impact of greenhouse gas emissions on global temperatures would have been even larger if were not for the cooling impact of air pollution, study finds.

A “human fingerprint” covers the global temperature rise seen from before the industrial era to today, new research has found.

From pre-industrial times to near present day, worldwide temperatures increased by about 1.1C, according to the research.

The study says that, over that period, greenhouse gases released by humans caused global temperatures to go up by between 1.2 and 1.9C.

But at the same time, air pollution from humans had a net cooling effect, causing temperatures to decrease by between 0.1 and 0.7C, the study says.

This suggests that the influence of greenhouse gas emissions on global temperature rise from pre-industrial times until near present would have been even greater were not for the cooling impact of air pollution via tiny particles known as aerosols.

Nathan Gillett, a climate scientist from the government of Canada and lead author of the study published in the journal Nature Climate Change, told The Independent: “This is the first study to calculate the separate contributions of greenhouse gases and aerosols to temperature changes since the 1800s, rather than just their contributions to trends over the past 50 to 60 years.

“[The findings show that] humans have already had a very substantial impact on global temperatures, which would have been even larger without the offsetting effects of aerosols.”

The researchers used a range of climate models to estimate the relative contributions of human-caused greenhouse gas emissions, human-caused aerosols and natural factors to the global temperature rise seen in 2010-19, when compared with the period 1850-1900.

Aerosols are released into the atmosphere through a range of natural and human processes, such as volcanic eruptions and fossil-fuel burning. They can have either a cooling or warming impact on the climate. However, research suggests that the aerosols released by humans have so far had a net cooling effect on the planet.

The results show that greenhouse gas emissions released by humans accounted for the vast majority of global temperature rises observed from pre-industrial times to today, while natural factors had a “negligible” effect.

In addition, human-caused aerosols had a net cooling effect, which cancelled out some of the warming caused by greenhouse gas emissions, according to the results.

“Approximately one-quarter of the greenhouse gas-induced warming has been offset by cooling due to aerosols,” said Dr Gillett.

But aerosol emissions are likely to decrease in future as countries reduce air pollution to protect public health.

Understanding the extent to which greenhouse gas emissions have contributed to the global temperature rise is key to future efforts to tackle the climate crisis, said Peter Stott, an expert in the attribution of climate change to humans from the UK’s Met Office, who was not involved in the research.

The Paris Agreement is an international deal signed by countries aimed at keeping global temperature rise “well below” 2C above pre-industrial levels, with the aspirational goal of keeping temperatures to 1.5C.

Joeri Rogelj, a lecturer in climate change at Imperial College London, agreed that the results highlighted “the importance of urgently reducing our greenhouse gas emissions”.

“Understanding the degree to which human activities contribute to global warming is fundamental to understand the changes we observe in the world around us,” he told The Independent.

1.8 Billion Tons More Greenhouse Gases Will Be Released, Thanks to Trump.