Jamie Raskin on the climate crisis: ‘We’ve got to save democracy in order to save our species’ 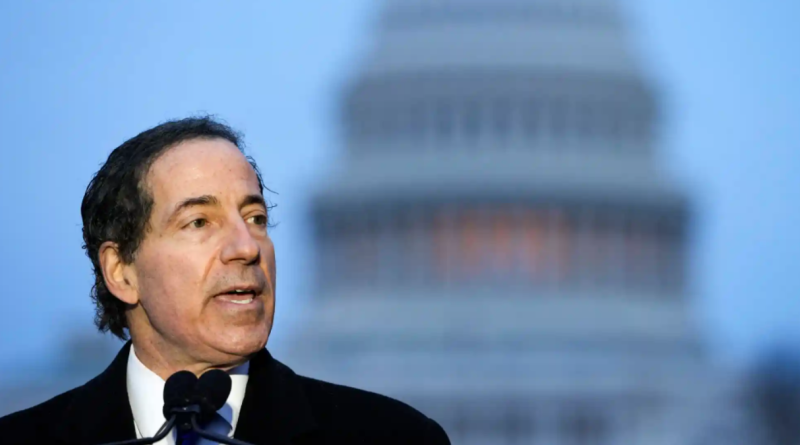 Progressive congressman from Maryland believes that no other crisis, even the existential threat of the changing climate, can be solved without first protecting the fabric of American democracy.

When it comes to fighting for democracy and climate change – two of Jamie Raskin’s top priorities – the whole thing feels a bit like a game of chicken and egg to the Democratic congressman.

On the one hand there is the planet, heating up quickly past the limit that is safe and necessary for human survival, while Congress stalls on a $555bn climate package. On the other, a pernicious movement, spurred by Donald Trump and other rightwing conspiracy theorists, to upend voting rights protections and cast doubt on the current election system.

But Raskin, a progressive congressman from Maryland, is clear about which comes first: he said America can’t fix the planet without fixing its government.

“We’ve got to save the democracy in order to save the climate and save our species,” he said in an interview with the Guardian in collaboration with Reuters and Climate One public radio, as part of the Covering Climate Now media collaboration.

Later Raskin added: “We’re never going to be able to successfully deal with climate change if we’re spending all our time fighting the Proud Boys and the Oath Keepers and Ku Klux Klan, and the Aryan nations and all of Steve Bannon’s alt-right nonsense.”

In the past two years Raskin’s popularity has surged, picking up fuel after his closing remarks at Trump’s second impeachment trial in early 2021, which he led on behalf of House Democrats. “This trial is about who we are,” he said then, in video clips shared millions of times. His impassioned and meticulous rhetoric are a clear intersection of his past as a Harvard-trained constitutional law professor and son of a progressive activist.

But it was an exceptional speech also because of the circumstances in which it was given, which both took place in the span of just a week. The first – the loss of Thomas (Tommy) Bloom Raskin, the congressman’s oldest son, who died by suicide at the tail end of 2020 after a long battle with depression. Just six days later Trump’s followers stormed the Capitol building in an attempt to decertify the election results.

Raskin, who said Tommy “hated nothing more than fascism”, was moved to help lead the response to the insurrection through the House’s January 6 select committee.

His fight to convict Trump is not only about holding the former president accountable. It’s about sending a message to the country that no other crisis, even the existential threat of the changing climate, can be solved without first protecting the fabric of American democracy.

This concept plays out clearly in the country’s uneven political representation. The majority of Americans think the government should be doing more to reduce the impacts of climate change, including taxing corporations based on their carbon emissions. But issues like partisan gerrymandering, where politicians manipulate voting district lines, often allow rightwing politicians to retain disproportionate power across state governments.

“The key to understanding the collapse of civilizations is that you get a minority faction serving its own interests by dominating government,” he said, referencing Jared Diamond’s book Collapse: How Societies Choose to Fail or Succeed. “And then everything collapses, usually through the exploitation of natural resources to a point where it’s unsustainable and untenable. That fits pretty perfectly the situation that we’re in with the GOP and climate change today.”

Raskin was an early adopter of the Green New Deal, and during the pandemic he sought to block his fellow representatives from using Covid relief money to further fossil fuel interests. His commitment extends to his personal life, where – inspired again by Tommy – he is a devout vegetarian, convinced that new science and technology will render a meat-centric diet unnecessary.

But the stakes for protecting the Democratic party’s climate agenda are especially high right now. The climate protections in Joe Biden’s ambitious “Build Back Better” framework have been drastically whittled down. With the midterm elections revving up, and Republicans expected to dominate in state and local races, Democrats face a small window of opportunity to advance their promise of new jobs and tax credits to incentivize a shift to cleaner energy.

Those same midterm races are rife with candidates who are following Trump’s “big lie” – that the 2020 election was not legitimate – and continue to hack away at voting rights protections, such as mail-in voting and weekend voting hours.

Raskin remained optimistic about Congress passing climate legislation, noting last year’s climate-friendly infrastructure bill, but said the party must always “be realistic” about what that means, even if it denotes considering alternative energy legislation via Joe Manchin, the moderate Democrat from West Virginia who has stood in the way of several progressive bills in the Senate. (Manchin was also a critical roadblock in Raskin’s wife Sarah Bloom Raskin’s nomination to the Federal Reserve Board.)

“The democratic governments and democratic parties and movements of the world have got to confront this reality. Nobody else is going to do it,” Raskin said.

There isn’t much leeway when it comes to enacting change. Storms are getting stronger, people are being displaced from their homes, and anti-science politicians are gaining more ground. But Raskin, armed with his father’s message to “be the hope” and his children’s sense of urgency around climate change, is confident his side is going to win.

“We should cut the deals that need to be cut but from a position of power and strength by mobilizing the commanding majorities of people across America that believe in climate change and know that we need to act.”

The Catch-22 of the US military’s climate plans