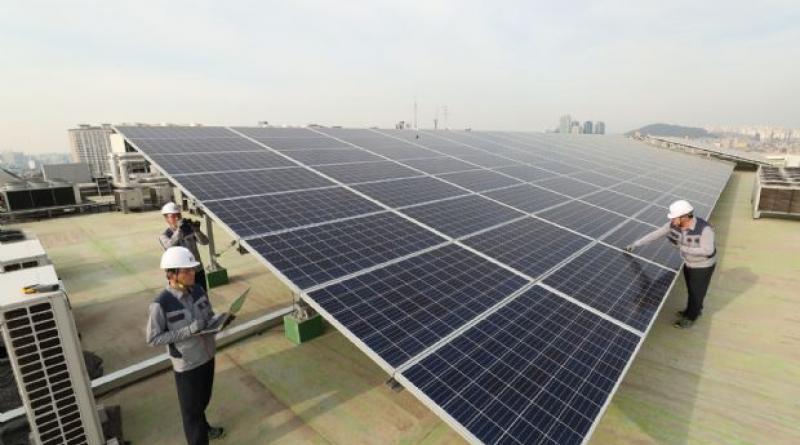 Small and Medium Power Projects (“SMPPs”) are both grid-connected and off-grid:

Mention small power projects, especially in Africa, and most people think of sub 1MW off-grid projects, mostly solar, that have a corporate or clustered residential offtake.  However, the largest subset of SMPPs – both existing and greenfield - are actually grid connected hydro, thermal and solar plants.  Most of these grid-tied SMPPs are developed by local entrepreneurs and development companies.  The focus in this article is on these grid-tied SMPPs and the overwhelmingly ‘local’ developers behind them.

A quick rant on the definition of small and medium power projects: most think-tanks and academics in the power sector define small power projects as having installed capacities of between 1MW to 10MW (the International Centre on Small Hydro Power, ICSHP, and the International Renewable Energy Agency, IRENA).  The definition of small hydros is often wider and can vary from country to country, in Canada and China hydropower plants under 50MW qualify as small hydros (IRENA Cost Analysis Series, Hydropower, June 2012).  Medium size power projects appear to straddle any capacity from 10MW to below 50MW or even below 100MW.

These definitions notwithstanding, I learnt that the practical definition of small and medium capacities varies among investors as well as between regions.  In Asia, I was surprised to learn that 15MW hydros were considered small, in Africa that capacity was a borderline ‘good’ medium size!  And a 20MW solar plant was considered too small by a couple of large investors looking at the Africa region.

In my advisory role, I have interacted with a good number of SMPP developers in Africa and Asia.  There are hundreds of other SMPP developers that I have heard of and yet to meet.  Though they have subtle and glaring differences, there are some uniform traits associated with SMPP developers on both sides of the Indian Ocean:

Local or localized presence – SMPP developers tend to be individuals who either live in-country or spend a significant time in-country (includes a lot of Europe and US based developers of African origin who travel to their home countries frequently).  Local development companies tend to be industrial, agricultural or even religious corporates.  This local presence is an advantage in locating optimal project sites and navigating the treacherous minefield of winning local community support.

Gender and family partnerships – Most of the SMPP developers that I know are relatively ‘older’ men who have invested years in diverse sectors.  The smaller number of women in grid-connected power development is not a surprise however there are some interesting cases of existing and upcoming female developers.  And I have interacted with two married couples who are developing power projects jointly.  No comment on the power dynamics in these power partnerships.

Career changers – SMPP developers have diverse career backgrounds – engineering, legal and finance, private and government sectors.  They learn about the power sector through equally diverse ways – self-teaching and/or market observation.  For me, it is remarkable how these developers are able to quickly learn and adapt.

Persistence, tenacity and degrees of stubbornness – Given that most SMPPs take from 5 to 10 years to reach bankable stage, the developers have a common trait of persistence and tenacity.  Some give up when it becomes clear that their grid-tied projects may never materialize (currently seeing a lot of this in some countries moving to power auctions that drive down tariffs).  Others change the business model to off-grid or another alternative to salvage the years of development work.  For the developers that spend years to reach bankable stage, there is very often a strong personal attachment to the projects which leads to high expectations on their anticipated returns.

High vulnerability – Most SMPP developers operate as sole owners without the backing of brand name corporates behind the projects.  This makes them vulnerable to higher incidents of bribery, extortion and even fraud especially by lower ranked engineering firms and equipment providers.  The heightened vulnerability compounds the probability of failure for most SMPP developers, for every successful SMPP developer there are dozens who either give up from frustration or reconfigure their business model to off grid power generation for example.

Multiple projects – Almost all the successful SMPP developers I know have 2 or 3 projects in development and are always on the lookout for new opportunities in the power sector.  I am permitted to give only broad descriptions here:

SMPP development companies tend to be either industrial or agricultural bodies such as sugarcane and tea producers who use part of the power generated for their own operations.  Some mines in Africa are also entering the SMPP sector with mainly solar projects (and two reported hydros in Congo) completed so far.  The most surprising subset has been the religion affiliated development companies – the Catholic Church owns and operates an impressive number of small hydros in East Africa and is developing some innovative solar models in West Africa.  And there are churches in Rwanda that are active in the small hydro sector.  Talk about a Higher Power in the power sector.

SMPPs are a critical part of evolving power sectors

SMPPs have a strong role to play in the ongoing evolution of power sectors, especially in Africa where unstable transmission grids are one of the biggest obstacles to energy access.  These small and medium projects tend to be located at critical nodes in the grid - close to industrial/residential clusters and proximate to existing transmission lines.  Local developers have the advantage of knowing about these prime locations first hand or from their on-the-ground networks.

The high transmission losses in most African countries pose a huge barrier to the effective evacuation of power from large power projects.  A grid with a good mix of SMPPs located close to clusters of high-power consumption presents an optimal intermediate solution as grids get expanded and stabilized.  And SMPPs can be implemented within relatively shorter times to match existing grids with low voltage saving on time and cost.

Then there is the very strong case for SMPPs contribution to local capacity building.  There is an actual country case study in Africa – Namibia which has rolled out 14 small solar IPPs in the past 5 years (each one at 5MW) now has a sizeable pool of local players providing development partnerships and quality O&M at competitive rates among others.

The flip side of ‘too big to fail”?

“Too small, my team will spend the same time and resources on this 1MW project as they will on a 20MW project.”

“There are no economies of scale. Smaller capacity, smaller margins, there is no room to support even political risk insurance.”

“The developer has no experience in the power sector and is now learning about the power sector.  So much more work needs to be done to get the project to a bankable stage.”

“The developer’s ego and financial expectations outstrips the size of the project.”

These are some of the more polite investor feedback on SMPPs.  Very few investors focus on the SMPP market segment for these and other size-related reasons.  Some investors actually started out with an SMPP focus and later shift to larger projects (cue Statement 1 above).

The statements do have elements of truth and hyperbole.  The basic truth is that like all small operations, SMPPs have lower volumes of power generation which leads to lower revenues that trickles down into lower profit margins and potentially lower investor returns.  SMPPs are more vulnerable to market and sector shocks and have a lower propensity to weather downturns like weather-induced dips in generation or delayed offtaker payments.  The hyperbole lies mainly in the difficulties of development which leads to high development costs and time to reach bankability.  No comments on the oversize expectations of developers.

Some utilities acknowledge the size-induced obstacles of SMPPs and have created Feed-in-Tariff (“FIT”) programs to support SMPP development.  The FIT programs provide relatively higher and assured tariffs for power projects below 10MW.  As tariffs decline globally, especially for solar projects, some of these FIT programs may be phased out or modified.

Developers of SMPPs often tap into grant and subsidy programs offered by Development Finance Institutions (“DFIs”) and government-backed grant agencies.  These grant programs help cushion the financial pain of SMPP developers and when combined with capacity building training are very helpful in reducing long project development cycles.  However, developers complain of the often long and cumbersome application procedures and the political conditions of disbursement for grants.

That said, the combination of FIT programs and grants have been critical in unlocking a lot of SMPPs in Africa especially.  But without private sector investors – both equity and debt – that are focused on SMPPs and that understand their unique advantages and challenges, a significant number of SMPPs that are in development may not be realized on a sustainable basis.

Investors that are fully focused on SMPPs

There are a relatively small number of equity and debt investors that focus exclusively on SMPPs and provide investment structures to match the unique features of SMPPs.  A number of investors and think-tanks have acknowledged that SMPPs require different investment parameters and financing instruments from larger power projects (the most recent report from the Cambridge Institute for Sustainability Leadership – “Financing sustainable hydropower projects in emerging markets”, 2019).

Even political risk insurance may need to be customized for SMPPs, when I was advising a 1.6MW solar project, we found out that the Kenya-based African Trade Insurance Agency (“ATI”) -provides insurance policies that are suited for smaller power projects.  I am waiting for bankers that will specialize in posting Performance Guarantees for SMPPs.

Below is a non-exhaustive list of investors and investment agencies that have specialized in the SMPP space, they deserve special mention for focusing on a very difficult sector:

Empower New Energy- this Nordic fund is committed to investing equity in solar projects below 10MW, with a sweet spot for projects ranging from 0.5MW to 5MW.  Empower has raised funding mainly from DFIs as well as impact investors.  Empower also invites local investors to participate in equity on a country by country basis.  Empower covers the Africa region.

Hydroneo – this French investor and developer is focused on the small and medium hydro markets.  It has invested in hydros in Rwanda and is looking at extensive portfolios of hydro projects in a number of African markets.

Invest Solar Africa – an investor focused on SMPPs in the Southern Africa region with plans to list on the Botswana Stock Exchange.

Virunga Power – this Nairobi-based fund focuses on SMPPs in the hydro space, actually co-developing and running small hydros.  It partners with local developers and has over 200MW in its pipeline, totally outstripping its fundraising.  Virunga Power operates in East Africa.

Sustainable Fund for Africa (SEFA) – this African Development Bank sponsored fund used to give grants to SMPPs, it was reconfigured in mid-2019 to provide concessional funding for SMPPs.

Facility for Energy Inclusion On-Grid Debt Fund (FEI) – this fund is backed by the African Development Bank and European DFIs.

This is not an exhaustive list of investors (I am yet to get names for the Asia region).  I will really appreciate getting more names of SMPP focused investors globally either in comments or sent directly to me.  Information and introductions to SMPP developers is also very welcome!