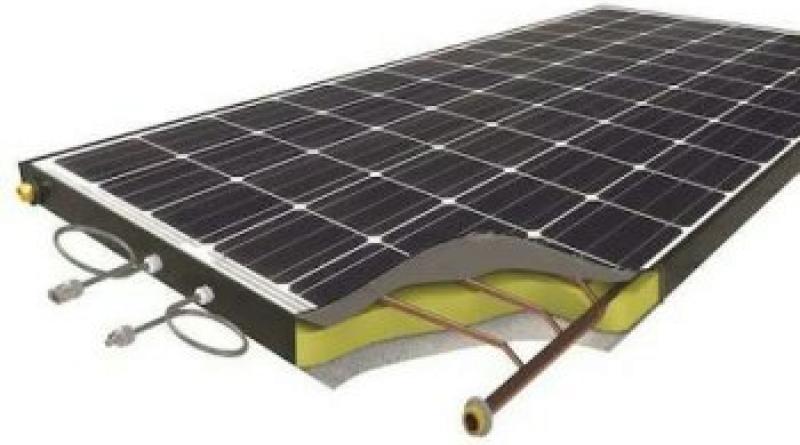 Australia’s leading solar researcher Dr Martin Green predicted just a few months ago that the cost of solar would fall to around 1c/kwh by the mid 2020s. He now expects he will not have to wait that long.

Mexico has announced that its latest tender, for 3 terawatt hours of solar electricity, has elicited a price of US1.77c/kWh from Italy’s Enel Green Power – a record low. The price translates into $US17.70/MWh, or $A23.40/MWh.

The offer beats the previous low of US1.79c in Saudi Arabia, although the outcome of that result is yet to be confirmed, and a bid of US2.1c/kWh in a recent auction in Chile, which also featured a winning bid from Enel. 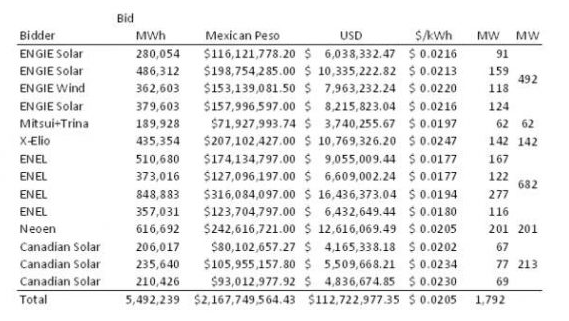 According to a table published on Electrek (see above), Enel bid two different projects at the new record low price, for a total of 289MW.

In all, five bids were sub US2c/kWh and the average price for 2.4GW of solar capacity allocated in the auction was just US2.05c/kWh.

Another French group, Neoen, which is building solar and wind projects in South Australia, NSW and Victoria, as well as owning the Tesla big battery near its Hornsdale wind farm, bid 2.02c/kWh for a 201MW solar farm.

The fall in price of solar to around US2c/kWh in 2017 was predicted by Green in August, but even he is surprised by the push way below that level.

He said in August that by the mid-2020s costs of just US1c/kWh ($US10/MWh ) will be obtained, and prices in the $US20/MWh range will be routine across the world. He now thinks it will come sooner.

And while these bids may represent industry-leading prices, Green says the costs will flow soon enough across the board. 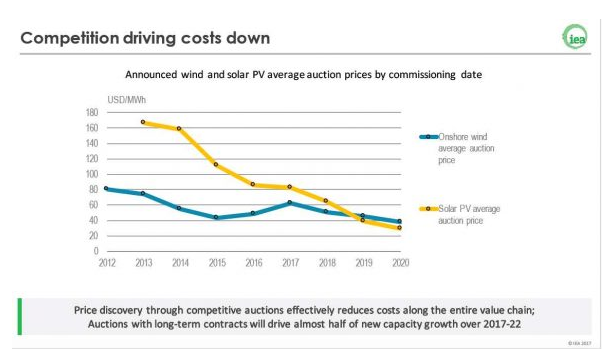 “Although there is an element of forward extrapolation in these bids, this graph (above) from the IEA suggests these headline bids could well represent typical prices at time of commissioning only 3-4 years down the track.”

Green says the major factors contributing to these reduced costs are decreased financing costs, combined with reductions in PV module, inverter and other balance of system costs, due to increased volumes, streamlining of processes and improved module conversion efficiency.

Green – and the IEA (see the graph above) – also highlights the benefit of reverse auctions in driving down the costs across the board. Many say it is the most effective policy and has been adopted around the world.

It is true that the continued fall in solar costs continues to stun many observers. But even as each stepping stone is dismissed as an aberration and deemed impossible to meet, new records are set soon after.

In Mexico,  auction for large scale solar farms elicited average prices of US4.49¢/kWh and then US3.17¢/kWh. This graph below (also from Electrek) illustrates how these once established world record lows before being beaten. 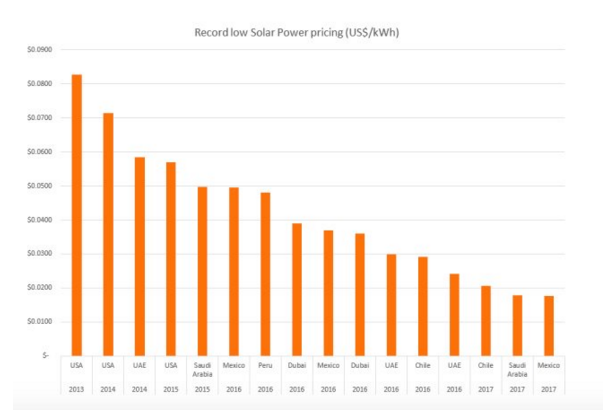 In just four years the price of large scale auctions has fallen by 80 per cent – from US8.13c/kWh – mostly in countries with excellent solar resources, relatively low labour costs and supported by a low cost of finance (thanks to stable and clear policy).

“Electricity from large solar PV is already cheaper than from any other source and it’s going to get a lot cheaper – maybe 2-3 times cheaper than at present,” Dr Green said in August.

“Australia has played a major role in getting to this stage through its research leadership – this role should be encouraged and even accelerated … because it benefits the Australian resources industry enormously and may give Australia the world’s cheapest electricity further down the track.”