Trump Rollback Allows Hunters to Kill Bears and Wolves in Their Dens. 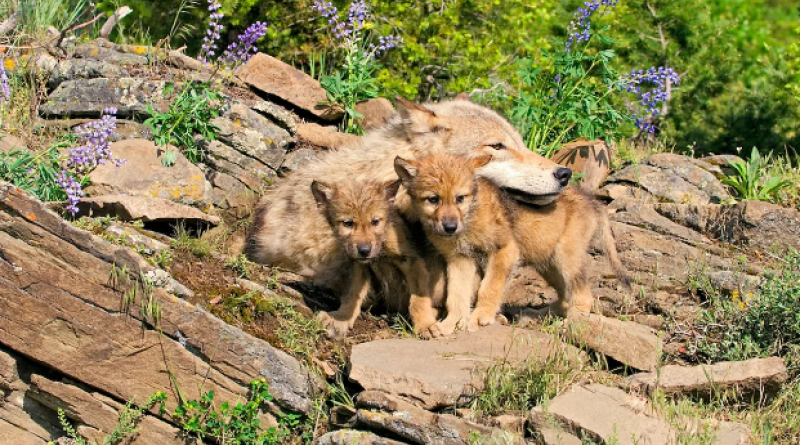 In another reversal of Obama-era regulations, the Trump administration is having the National Park Service rescind a 2015 order that protected bears and wolves within protected lands.

The new rule, remarkable in its cruelty, will allow hunters to shoot bears, wolves, along with their cubs and pups while the animals are in their dens in the popular Kenai National Wildlife Refuge. It also puts ends a ban on some nefarious practices like luring bears with doughnuts, according to The Guardian.

Jesse Prentice-Dunn, policy director for the Center for Western Priorities, told The Guardian that the rule change is "amazingly cruel" and said it was "just the latest in a string of efforts to reduce protections for America's wildlife at the behest of oil companies and trophy hunters."

"It supercedes, to some extent, the NPS Organic Act and some of our regular management policies, and so the parks up here were designed to have preserve units in them which allow for hunting and trapping as per state law," Christian said.

The Park Service decision to defer to the state is the latest move in a legal conflict around who has ultimate authority over the protected lands. The conflict dates back to 2015, when the Obama administration initially banned certain state-permitted predator harvests on Alaska's preserve lands, as Alaska Public Media reported.

While the number of hunters that will actually plow ahead into the national preserve to hunt bears and wolves in their dens is probably quite small, the spirit of the practice is extreme and inconsistent with the values of the national preserve, according to Pat Lavin with the Defenders of Wildlife in Anchorage who spoke to Alaska Public Media.

"The Trump administration has shockingly reached a new low in its treatment of wildlife," Defenders of Wildlife President Jamie Rappaport Clark said, as the CBC reported. "Allowing the killing of bear cubs and wolf pups in their dens is barbaric and inhumane."

The new rule also allows hunters to shoot caribou from traveling motorboats and to kill swimming caribou, according to the CBC.

As The Guardian noted, the move is part and parcel with a pattern from Trump's Department of the Interior, which has consistently sought to expand access to public lands to hunters and fossil fuel companies. Last month, it proposed expanding public hunting and fishing access by more than 2.3 million acres on 97 national wildlife refuges and nine national fish hatcheries.